As 2018 comes to close, it is a good time for discerning Christians to take look back at a year of theology and polemics.  One way to do so is to review some of the most popular articles published here at Pulpit & Pen.  Our top 10 articles, by page views, over the last year are as follows:

#1 – Why Hillsong Music is Dangerous for For Your Church.  Originally published on March 17, 2016 Jeff Maples’ hard-hitting essay makes the case for banning Hillsong music at your local church.  That this article is still being viewed by the thousands over two years after it was written demonstrates that the world’s most popular “worship band” is just as dangerous as ever.

#2 – Greg Locke Divorces Wife, Finds New Girlfriend.  In January of 2018, Pulpit & Pen broke the news that internet-famous pastor Greg Locke, whose Facebook page boasts over 1.6 million followers, had initiated divorce proceedings with his wife of two decades and begun a relationship with his church secretary.  First-hand information was provided to Pulpit & Pen from a church member who was concerned for the welfare of Locke’s now ex-wife.  Despite his actions Greg Locke remains the pastor of Global Vision Bible Church in Mt. Juliet, Tennessee.

#3 – Greg Locke American Pastor.  Two months after breaking the story about Greg Locke putting his wife away, Pulpit & Pen correspondent Seth Dunn tracked Greg’s estranged wife Melissa down at women’s shelter in Georgia.  In an interview given to Seth, Melissa Locke detailed a tumultuous and abusive marriage to her pastor husband.

#4 – After Coming Out as Atheist, Pastor Still Keeps Job.  In November of 2018, Pulpit and Pen shared the incredible story of a female “pastor” named Gretta Vosper who became an atheist but nevertheless kept her post in the United Church.

#6 – A Pastor’s Wife Breaks Free of Beth Moore.  Originally published in May of 2017, this testimony shared by a pastor’s wife from Tennessee named Lauren remains one of Pulpit & Pen’s most viewed posts of all time.  Lauren’s story is that of the quintessential Southern Baptist woman.  She walked the aisle to accept Christ as a child and grew up at Bellevue Baptist Church, a flagship SBC congregation.  Somewhere along the way, Lauran realized that something was amiss with the quintessential ladies’ Bible teacher, Beth Moore.

#7 – A Letter Back to Beth Moore from Seth Dunn.  After popular Bible teacher Beth Moore publicly complained about a lack of consideration from her male colleagues, Pulpit & Pen correspondent Seth Dunn wrote a response to Moore and her know just what he thought of her bible-teaching ability.

#8 – Beth Moore Confronts Young Pastor’s Wife for Criticizing Her Direct, Divine Revelation.  This post was originally published in 2015 and tells the story of a young woman named Jessica Lam who suffered the condescension of Beth Moore for daring to criticize her.

#9 – Beth Moore Has Man Get on His Knees, Apologize on Behalf of All Men.  In October of 2018, JD Hall reported the strange tale of Kevin Jones, the drummer in the band that accompanies Beth Moore.   During a Beth Moore event, Jones got down on his knees and apologized to women on behalf of all men.

#10 – A Top Freemason Speaks Out Against the Craft: An Interview with Former Eminent Grand Commander Glenn Beck.  In July, Christian Apologist and Pulpit & Pen correspondent Seth Dunn traveled to Tennessee to interview Glenn Beck.  Beck is a decorated Freemason and the former Eminent Grant Commander of the Tennessee York Rite.  In this revealing interview, Beck explains many of the unbiblical doctrines of Freemasons and tells Christians Masons that they must choose between being a “
a Masonic witness or a Jesus witness.”

The popularity of these particular articles indicate that there is a lot of polemical work yet to do.  Despite their many theological problems, Hillsong and Beth Moore remain two of the most popular producers of Christian content in the visible church.  Greg Locke, a pastor who divorced his wife and married his church secretary, remains in his pastorate and maintains a 1+ Million Facebook following.  Even as their membership numbers wane, Freemasons pervade the membership rolls of many a local church.  During 2019, keep your Bibles open and your eyes peeled for dangerous heresies and popular false teachers.  You can depend on Pulpit & Pen to continue to report to the general Christian public what mainstream Christian new sources such as Baptist Press and Christianity Today refuse to print.  You can help us get the word out by sharing our articles and contacting us at talkback@pulpitandpen.org with potential stories. 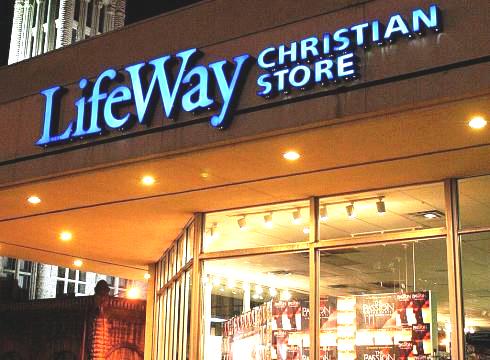 Cover Letter: A Candidate to Replace Thom Rainer at LifeWay 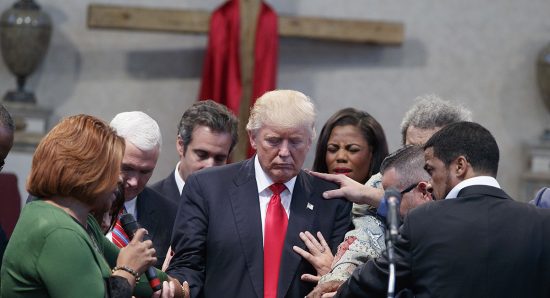 A Warning to Christians: Don’t Fall Into the Trump Trap