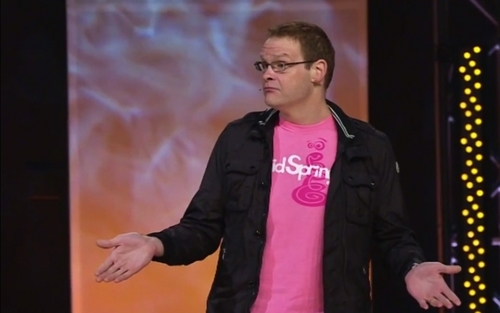 Five days after Donald Trump announced that, despite the “I was born with this anatomy” gender clues, people should be free to use the bathroom of their choice, Perry Noble tacitly endorsed him.  At a minimum, Noble lauds “the Donald” as a worthy leadership example.

In Four Reasons Why I Believe Donald Trump Will Win The Republican Nomination, the ignoble Noble, pastor of the Southern Baptist New Spring Church, opens his April 26 blog with the disclaimer, “this is not an endorsement but rather a leadership lesson I am observing.” Oh, it’s about leadership. Okay.

Noble’s latest book on leadership ranks at #5,917 on Amazon’s tally of best-selling books. (far too high if you ask me)   The endorsements of The Most Excellent Way To Lead ought to be sufficient to warn you against buying, or reading, it. I mean, when you’re lauded by the likes of Lysa Terkeurst, Steven Furtick, and Andy Stanley, your book might do better with a “Likely Inconsistent With Scripture” warning sticker plastered across it.

(Read about Noble’s prosperity-gospel-like tithing challenge, or his defense of women “pastors,” or his “Barnabas-like” support of disgraced pastor Mark Driscoll.)

First, “His message is clear.” Stop laughing for a moment.   I know it seems inversely ludicrous that a man who disregards Scripture and makes the Gospel a tool of self-empowerment might understand “clarity.” But, he says, Trump will win because “people know what he is running on.”   (Unlike Noble’s congregants who never know what faulty hermeneutic will be whipped out when Noble opens Scripture.)

“Make America Great Again” is Trump’s “clear message.” Noble, by pointing this out, reminds us of a fundamental problem within the church, particularly from pulpits where men like him stand. Trump’s “message” is not a message. It’s a slogan. Witty, pithy, and otherwise meaningless, brief words of platitudes are not “messages.”  Too many “messages” proclaimed from pulpits today are rich in witty, Christianized platitudes and the wisdom of the world but are woefully weak with the wisdom of God from His Word.

No doubt, when Trump announced his “free and open bathrooms for everyone,” the “T’s” of the LGBTQ-ee-ii-ee-ii-oo crowd were frothily frenzied when envisioning greatness in America as a result of Trump’s “message.” Their idea of “great” is not my idea of “great.” Even from our historical, Judeo-Christian perspective, this doesn’t make America great. It’s evidence of a further slide into the morass of cultural depravity in which we allow behavior to dictate ethics.  (Anyone read Romans 1 lately?)

Rather than laud Trump’s clarity, wanna-be leadership laureate Noble should have taken the opportunity to produce a true lesson for Christian leadership. A “message” must have some substance, some foundation, some meaning. For Christians, messages have meanings that are founded on Truth revealed in Scripture. Leadership, in the church, requires a strict obedience to that message. A clear message points to the clear Christ in the clear Scriptures. A slick slogan is useless if what it points to is obscure.   Don’t base your faith on the feelings provoked by a pithy platitude.

But, as Noble concludes his first point, “If we want to become great leaders then there must be time invested in making our message clear, concise and consistent.”  Perry must be on his way to becoming a great leader. After all, he’s got a book about it. Apparently when Jesus said, “Follow me,” Noble infers He more correctly meant “Lead for me.”

Noble’s second point attacks what is, in the modern evangelical church – especially within the Southern Baptist Convention – a sin greater than violating any of the ones listed in the law of Moses. “Cruz & Kasich lack vision and purpose.”

If you are a pastor or a leader in any SBC church, or within the lofty hierarchy of SBC intelligentsia, if you lack vision, you have violated the unwritten preface to the Ten Commandments, “Thou shalt have a vision.” It’s easier in the SBC to be forgiven of a rage-induced, pastoral attack on an airline than to be forgiven for not having, and casting, vision.

Here again, if Noble wanted to create a “leadership moment,” he could’ve pointed out that vision has a single source. In the American political arena, one would think that source would be the Constitution (a word you don’t hear oft touted by Trump, by the way). In the church, though, Scripture is the source. We don’t get visions; we don’t get revelations.   We have Scripture. Our “purpose” is to be obedient to it. A leader’s message, not his slogan, teaches what Scripture clearly instructs.

Noble’s third point is that “They are playing Donald’s game,” implying his opponents, the media, and the pundits are following an agenda set by Trump. Another lost leadership lesson from the pastor here. Regardless of how things play out in the world, or in politics, believers are to follow an agenda that is supernaturally established, divinely confirmed by the death and resurrection of Christ, and bounded by the guidelines of Scripture. (Notice a consistent thing here? Sola Scriptura? Yep.)

Finishing his Trump “final four” Noble states “Donald is not obsessed with his reputation.”   HUH? Regardless of whether you support Trump or not, it can hardly be effectively or un-guffawingly defended that the man isn’t, rather, consumed with his reputation. When his boisterous commentary is politically attacked, he returns those attacks with vicious, often vile, volleys of returning fire that are incredibly un-statesman-like in demeanor.

Noble misses yet another leadership training opportunity for believers here too. A man consumed with his own reputation will defend it, vigorously, as Trump has done. When we, as believers, are attacked, what are we told? “Blessed are you when others revile you and persecute you and utter all kinds of evil against you falsely on my account.”   Matthew 5:11

A few verses later, Jesus tells us … “But I say to you, Do not resist the one who is evil. But if anyone slaps you on the right cheek, turn to him the other also.  And if anyone would sue you and take your tunic, let him have your cloak as well.  And if anyone forces you to go one mile, go with him two miles.  Give to the one who begs from you, and do not refuse the one who would borrow from you.” Matthew 5:39-42

One wonders how Noble squares his following words with those admonitions from the Lord.   “Every once in a while, I have this thought, we’ve got to piss off the religious people. How are we going to do that?” Hmm. But those words of Noble’s match rather closely what he says of Trump, “Donald’s give a darn is busted.” How’s that for leadership? Just don’t “give a darn.” Noble concludes his non-endorsement endorsement of Trump, “As I said at the beginning, this is not an endorsement for the Donald – just a few things I saw that may help with our leadership.”

Noble concludes his non-endorsement endorsement of Trump, “As I said at the beginning, this is not an endorsement for the Donald – just a few things I saw that may help with our leadership.”

Really?  “Help with our leadership?”  So Trump is a leadership example that ought to be mimicked in the church?  Well, you do recall that time when Paul gushed over the leadership qualities of Caesar, right? Instead of building Trump-like walls of ecclesiastic self-defense against the world, Noble wants to build bridges to bring the leadership wisdom of the world into the church.

Wouldn’t it better for us to understand, and practice, what Paul meant when he wrote,

Naw, that don’t sell books, I reckon. Instead, let’s emulate the world in the church. It’s not like the pews aren’t full of it already … thanks to the “leadership” of “pastors” like Noble. 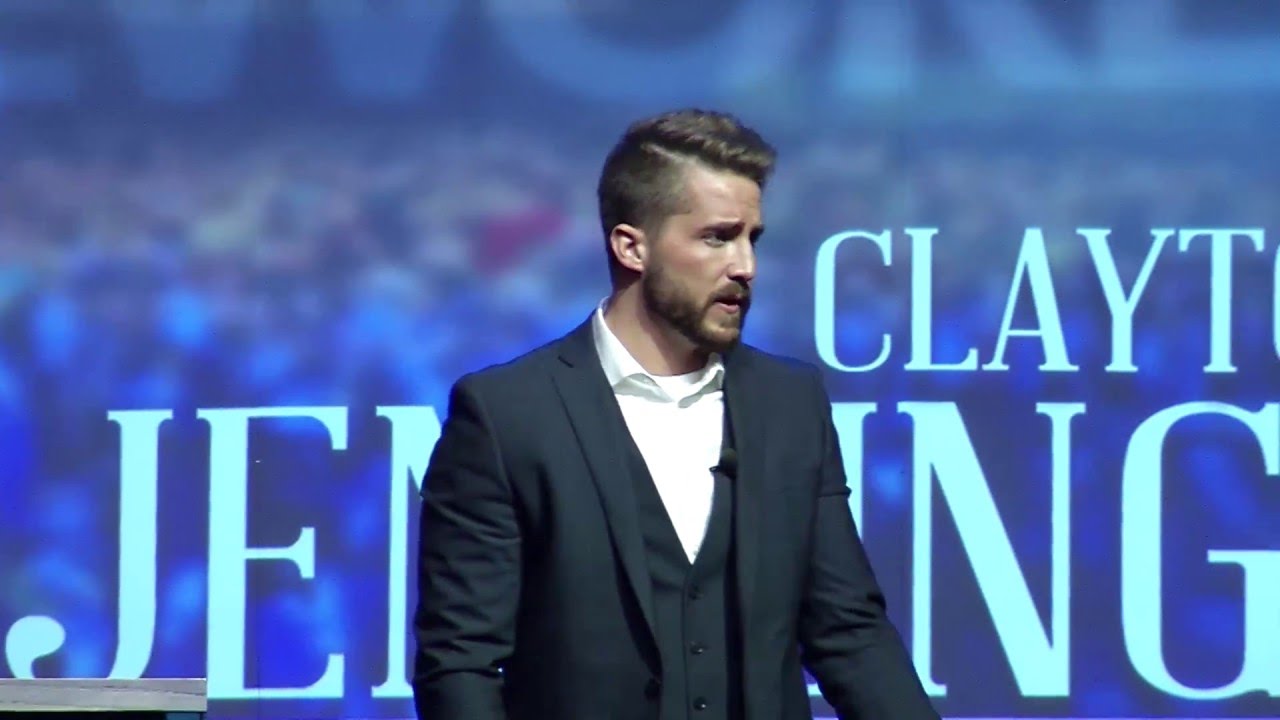 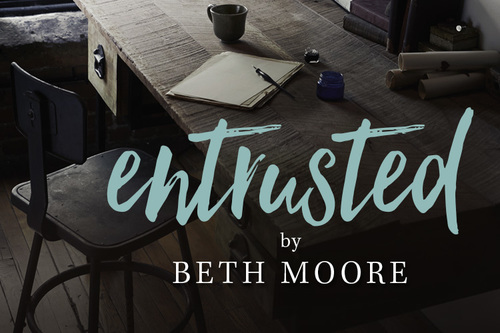