Perry Noble, who called church members who want to go deeper in the Word “jackasses” and whose sermon on the Ten Commandments was so bad it prompted the South Carolina Baptist Convention president to send a letter of rebuke, recently had a woman preach to his megachurch and closed out the day with a blogpost on why women should be preaching.

It was women that were the first commissioned by Jesus to preach that He was alive after His resurrection.

When the Holy Spirit fell on the believers in Acts 2:1-4Scripture clearly says He filled everyone in the room, and they all began to declare the Gospel.

As you can see, Noble’s scriptural exegesis is about as trustworthy here as it was when he turned the Ten Commandments into the Ten Promises (source link) last Christmas Eve (which he says the Holy Spirit had him do, but later apologized for). Oblivious to the difference between Jesus telling his mother, Mary Magdalene, and Salome to go report to Peter and the disciples what they had seen and the authoritative pulpit ministry among the gathered church. Neither, it appears, is Noble able to distinguish between the outpouring of the Holy Spirit on all flesh in prophetic fulfillment of Joel 2, and the role of scripture exposition on the Lord’s Day.

If your blood is beginning to boil and you are screaming, “what about what Paul said?”

I would ask you the same thing.

If we take the totality of everything Paul said in all of his letters, and then also look at the fact that he mentioned women and their actions/behavior in the church—we would find that he speaks about the issue five times (at the most, depending upon interpretation).

One of the things I am learning when reading the Scriptures is, even though I believe every word of it is true and can be fully trusted, there are passages that had more relevancy at the time they were written than they do today.

(For example – Deuteronomy 25:11-12 speaks to the issue of how to deal with women when it comes to an incredibly sensitive issue; however, that’s not a verse we quote or put on coffee mugs today!)

So while I acknowledge Paul addressed the issue on a limited basis, I really do believe to base our view of women on these few passages means we have to ignore an enormous portion of Scripture that validates the preaching, teaching and leadership of women.

Hey, remember back when Noble all jacked up the Ten Commandments and demonstrated he really had no understanding of the Moral Law and got rebuked by his own denomination? Yeah, well, it turns out he doesn’t understand the Ceremonial Law any better. Did Noble miss the whole Jerusalem Council in Acts 15 that abrogated the Ceremonial Laws like holiness ordinance he referenced in Deuteronomy 25? Probably. Yeah, probably he did. But to be clear, Noble’s reasoning is because there’s a verse we don’t pay attention to anymore (that’s an overly simplistic way of putting it), we can ignore the New Testament instruction on gender roles. Gotcha.

Bottom line – there are over 7 BILLION people on the planet and over half of them do not know Jesus – I think our focus should be on the fact that someone is trying to reach them rather than tell them they can’t because they do not have the proper body parts!

I don’t even know what you do with that. Would that go for homosexuals? Would it go for novices (1 Timothy 3:6) or philanderers (1 Timothy 3:2)? Does the fact that women should learn in silence and not teach, thereby usurping authority over men (1 Timothy 2:12) go away because it’s no longer “relevant”? I mean hey, there’s a bunch of lost people out there. Do we really want to gripe about the homosexual preaching when it’s all about reaching people?

Just as Noble demonstrated a degree of “poo-pooing” the Ceremonial Law by trying to make it a Reductio ad Absurdum (that was crazy, and we get to ignore it now), he diminishes the Biblical reasoning for complementary gender roles as a matter of “proper body parts.” Of course, God is clear that gender roles have nothing to do with genitalia, but God’s created order dealing both with past events (the Genesis 2-3 narrative, per 2 Timothy 2) and the relationship between the Godhead (Ephesians 5). Neither of those are cultural reasons for Paul’s instruction that women not do the instructing, and both accounts are epically relevant to today’s church.

An excellent, fuller response to Noble’s diatribe can be found here.

Hey, Southern Baptists…there might just be a downgrade going on. 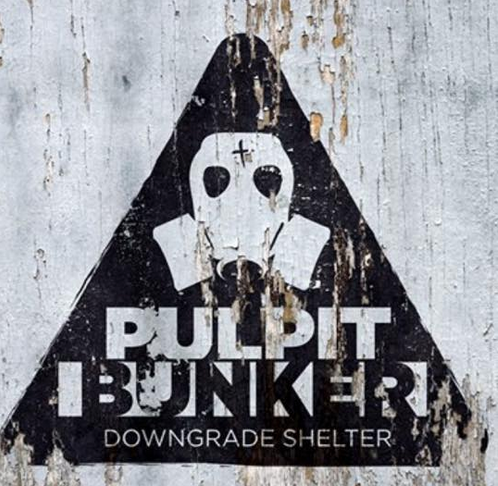 Incomprehensible but Knowable: A Lisping God