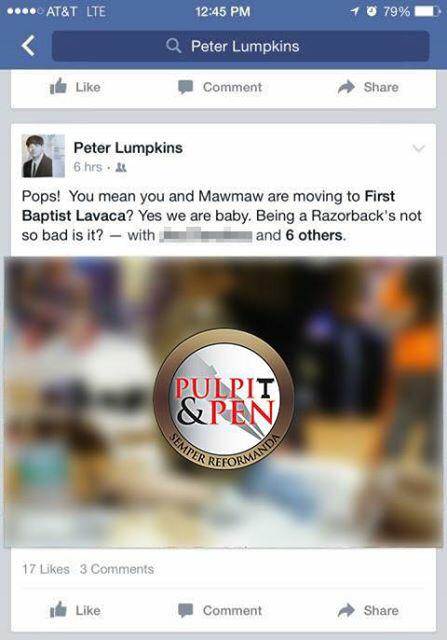 According to his Facebook page, Peter Lumpkins is moving along from Brewton Parker College to “First Baptist Lavaca” where his son-in-law pastors in Arkansas. Having been very explicitly and publicly and repeatedly warned about the character of Ergun Caner (with objective video evidence), Peter Lumpkins led the spin that allowed Brewton-Parker trustees like Bucky Kennedy to spit in the face of integrity and call the man to serve as president of the college. After all, what’s the worse that could happen?

Fast-forward one year. The smoke-and-mirrors SACS accreditation process will soon “hit the fan” as the school is reportedly in a quarter-million dollars in deficit and the “new information” provided them was just another Caner lie. Institutionally, this will be tragic. The student population has dwindled to less than 300 campus students, with a number of ethnic minority students leaving BPC because of the racist remarks made by Caner that seem to substantiate their own accusations of institutionalized racism. Caner resigned upon charges of “inappropriate behavior” – chiefly affairs with reportedly numerous women from the college and local community. In the immediate aftermath of his resignation and before the real reason for Caner’s departure became public, Lumpkins and trustee, Bucky Kennedy, blamed others and gave false reasons – everything from health problems to grief to depression. Lumpkins compared Caner to the prophet Elijah and a “man of God who must run for his life.” Of course, Kennedy and Lumpkins both knew the reasons for Caner’s departure, but upon that information becoming public, have gone quiet in their defense of him.

And at the heart of it all, has been this funny little man named Peter Lumpkins. From the very beginning, the loudest and most consistent defender of Ergun Caner has been that man in a plaid shirt at the microphone from Waco, Georgia with a Southern drawl mixed with a lisp and a Napoleon complex, getting epically scolded by Al Mohler. Not being able to defend Ergun’s behavior, Lumpkins has been content to attack James White, JD Hall, Jason Smathers and others relentlessly. Once a well-read blog, his little wordpress site is now commented on by no more than four or five of the regular patrons and it no longer registers on Alexa rankings. No longer a pastor, and no longer wanted at Brewton Parker College, Lumpkins is now moving to be with his daughter and son-in-law. Lumpkins hitched his wagon to the wrong star, a charlatan star, and helped destroy a college in the process. And now, he’s leaving the ruins he helped create.

Gene “The Squirrel” Clyatt posted this on Pulpit and Pen when Peter Lumpkins was first announced as the VP of Communications at Brewton-Parker College under the infamous Ergun M. Caner (recent court documents related to divorce proceedings demonstrate the “M” stands for Michael and not “Mehmet”):

When I first read about this on Twitter today, I had to check the calendar to make sure today isn’t the first of April…

“Incredulous” doesn’t even begin to describe it, but it seems that Caner, now that he has some power as president of Brewton-Parker college, is now using that power to reward his defenders. Today, it was announced that Peter Lumpkins has been named as Brewton-Parker’s new “Vice President of Communications.”

Peter Lumpkins has long been one of the most vocal and least reasonable members of the very vocal and unreasoning defenders of Ergun Caner’s decade-long fraud and deceit. Indeed, outside of the small circle of Caner sycophants, Lumpkins is pretty much a laughing stock. Just a quick, albeit painful, reading of Lumpkins’ blog, SBC Tomorrow, shows that he is very good at writing long, rambling posts that are heavy in ad hominem and very light in logical argumentation, which will make him the perfect person to defend Caner officially on behalf of Brewton-Parker College.

As soon as this was announced, the alternate title of “Minister of Propaganda” was suggested, and allusions to the infamous “Bagdad Bob” were made. And, to be honest, how would you describe the person whose job it now is to officially communicate for a renowned liar?

To say the least, this will be interesting to watch.

The Squirrel was right.

If you don’t know who Peter Lumpkins is, or would like more information, here are just a few of the posts related to Lumpkins here at the P&P. If you use the search function on this website, you’ll find more.

Peter Lumpkins Endorses Jared Moore as Next President of SBC

Leavening the Lumpkins: Nine Questions for the Brewton Parker VP of Communication

A Response to Peter Lumpkins 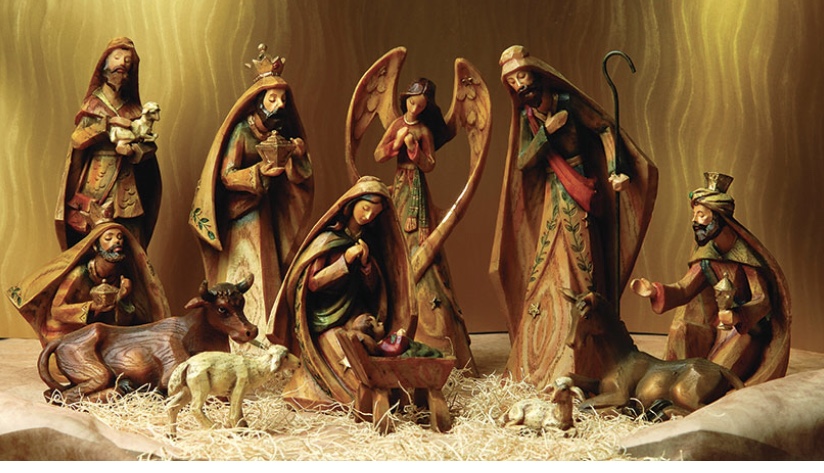 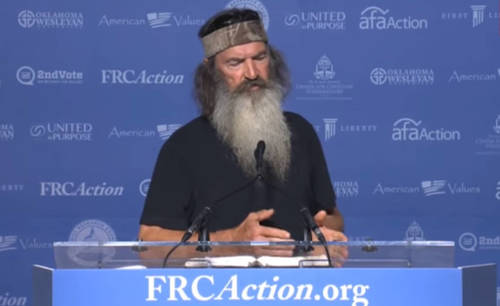 Duck Dynasty’s Phil Robertson: Let Me Baptize Donald Trump, Then We Will Know God is On Our Side 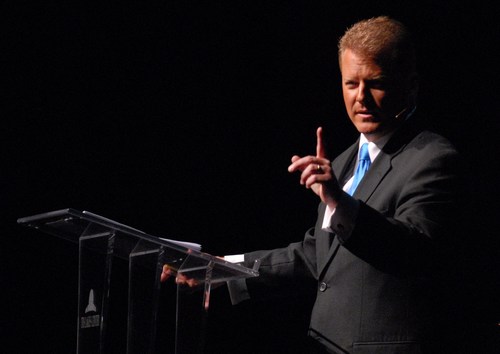