The Gospel Coalition, a network of evangelical churches founded by D.A. Carson, and Tim Keller, has been in a downward slide since it’s inception. While the original intent of the coalition seemed well, the accountability within the organization has been less than stellar. In other words, the members of the council of the TGC hold eachother to such a high regard, that any criticism of it’s members is looked at as malice. Besides Tim Keller, a well known evolutionist, who does not hold to the absolute authority of Scripture, TGC has aligned itself with many liberal members over the years. Members, such as Mark Driscoll, and James MacDonald, whose association with the organization has backfired, yet TGC has managed to stay alive and well.

More recently, there was Justin Taylor, a blog contributor for The Gospel Coalition, posted an article calling into question the inspiration and authority of the Bible, by claiming there are biblical reasons to doubt the young age of the earth. He says:

Contrary to what is often implied or claimed by young-earth creationists, the Bible nowhere directly teaches the age of the earth.

and then goes on to make a case that the creation accounts in Genesis are unreliable, and therefore, not to be taken literally. Dr. Randy White, a known conservative Bible teacher, and pastor of First Baptist Church, Katy TX, had this to say about Taylor’s article:

Another reason why I’m no fan of The Gospel Coalition: old earth stupidity http://t.co/kR5wumNZoH

Thabiti Anyabwile, another Council member on staff at The Gospel Coalition, among others, is an ardent supporter and promoter of the ERLC’s Racial Reconciliation efforts, (a Southern Baptist version of White Privelege). Russell Moore, the ERLC, and Thabiti Anyabwile held a “Racial Reconcilation” summit in March, in which this idea was penned a “Gospel demand.” But the entire agenda behind this effort is to promote a socialist ideology through the Church, and use perceived incidences of racial injustice as a platform to promote this ideology. (Please see, Why Racial Justice isn’t a Gospel Demand)

On May 15, The Gospel Coalition announced that Russell Moore would be joining them as a council member. They had this to say about Moore:

Russell Moore, who has done nothing but promote a socialist agenda, and used his position within the conservative ranks of the traditionally conservative SBC to creep in his ideology, has certainly not been theologically driven, at least not in a biblical, traditionally Baptist theology. Russell Moore has been politically and culturally motivated beyond all accounts. Recently, he came out and made a statement that Alabama judges must uphold a gay marriage law, even if it goes against their Christian morals, or they should resign. He made this statement, even though the law was against the state’s constitution. He has also advocated for attending gay wedding receptions.

More examples of his political motivations is his eager willingness to fellowship with unbelievers, in order to promote moralistic laws and ideologies within the government.  Moore has partnered with Roman Catholics on several occasions, in which he has done so. In January, he partnered with the Roman Catholic church to promote anti-abortion laws. Not that anti-abortion laws aren’t a good thing, but we are commanded in Scripture not to join hands with darkness in order to accomplish a goal. The reason being, is it weakens the Gospel, by making it look as though we approve of the RC’s false gospel, in which apparently Russell Moore does. Moore says “I don’t want to see any fewer Rosary beads at the March for Life.” This does absolutely nothing to advance the Gospel–you know, the one The Gospel Coalition claims they brought him on to advance.

Dr. Moore as well did the same thing last year by visiting the Vatican, and holding hands with the king of idolatry, the Pope, and photoshooting with nuns, in order to promote traditional marriage. He is also espouses what he calls “creation care,” a Christian-themed version of environmentalism, (mother-earth worship).

Dr. Randy White says about this latest move by TGC, “TGC is about every kind of social justice initiative there is, but seems pretty void of the Gospel.” I concur with him. The Gospel Coalition has long lost maintaining the Gospel as it’s central focus, and has become just another cultural-political force within the visible Church. Now The Gospel Coalition has brought Russell Moore on because he represents what they want. So now, Moore has a highly influential position within not one, but two organizations within the Evangelical church to bolster his “new religious right” ideologies, which are nothing more than a socially conservative, moralistic socialist package, enforced by government. The more support he gains from church leaders, no matter how radical they are, the more credible he looks, and the stronger he grows, and the easier it becomes to transform the Church into what he wants it to be. A platform to transform the United States into a Communitarian socio-economic system, one in which he himself would be exempt from due to his elite status. 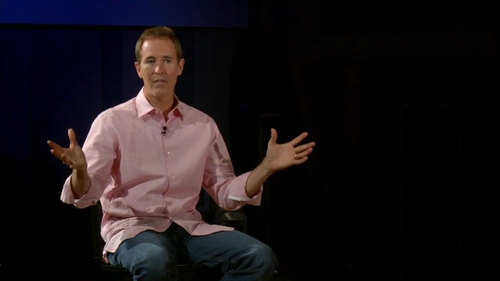 Gold Dust, Feathers & Feelings: The SBC To Be? 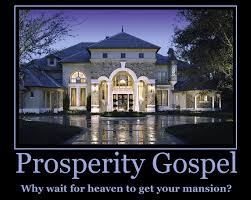