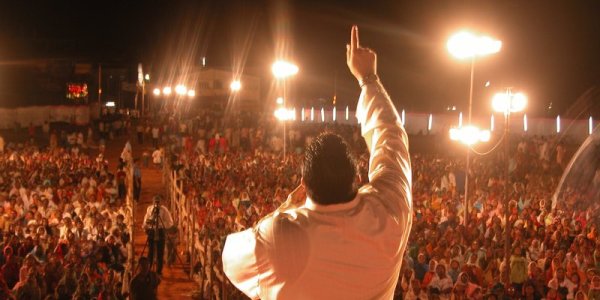 So by now you are probably aware of the news surrounding Tullian Tchividjian. Judging by the fact that the various attempted spellings of his name combined to be the second most numerous Google search term for a time a couple of days ago, a lot of other people are too.

Numerous discussions have already been had of Tchividjian’s soteriology and hamartiology (not to mention his associations), which sometimes appear to be staring wistfully over the border into Antinomianism (and other times go ahead and execute full-blown insurgencies therein). In the wake of the holiness fail of this very prominent proponent of this sort of strain of Reformed theology, it can be tempting to rehash it all again.

Yet I urge resistance to that temptation. The fall into sin of a proponent of a given theology does not necessarily have any connection to the propriety and truth of that theology any more than the fact that Mormons often give off a very shiny, happy, holy veneer while they hawk their gross polytheism.

Rather, let’s look at three other, different angles to this sad saga, all inter-related.

It’s hardly unique to Tchividjian to be a Big Name, and he is of course hardly the only Big Name to hang out extensively with other Big Names in places and situations in which Big Names get together to hang out.

In current evangelical culture, conferences and book deals abound, making celebrities of people who may or may not originally have sought to be celebrity. If you land one of these book deals and get booked for some conferences, it is still possible to avoid the celebrity limelight, but you have to be intentional about it.

And when your job title is “Pastor”, rather than “Itinerant and Part-Time Sunday Lecturer” (which is a more accurate descriptor of what someone like this actually does), is it not at minimum a measure of disingenuousness NOT to change that title? Why wouldn’t someone do that who is actually a partly-itinerant lecturer? I think I know why. It’s because the title “Pastor” holds a great appeal, and once one has it, one can easily become loathe to let go of it. Open your eyes – this is all around you. People afford more respect when one bears that title. When one is a “Pastor”, one gets the respectful greetings not only in the marketplace but also in the conferences. One gets the best seats, not only on stage but also at the luncheons and prayer breakfasts. That’s why one doesn’t divest oneself of the trappings though the substance is lacking.

This is the reality, really, of someone who has made The Big Time nationally and internationally as well as having an enormous congregation, one tenth of whom you could never hope to know well. But that lack of relationship is made up for in the minds of many due to the fact that they can say or think, “My pastor was on ___ show last week”, “My pastor’s book is selling ___ thousand copies per month and was on the NY Times bestseller list”, “My pastor preached to __ thousand people last week and __ people made decisions for Christ”, or something similar. It becomes an insidious thing, this kingdom that you, The Big Time Pastor, are building.

THE FOOLISHNESS OF MAKING PUBLIC STATEMENTS ABOUT THIS SORT OF THING

And that status can all too easily lead to thinking that you have some sort of responsibility to the general public to communicate details about your sin (especially in your most intimate interpersonal relationship[s]), should you fall into sin in a readily apparent way, that you probably shouldn’t communicate. Tchividjian provides a sadly outstanding example thereof.

But get this – his wife then contacts the Washington Post and says, quote: “The statement reflected my husband’s opinions but not my own.”

Friends, this statement and its implications terrify me more than all the rest of the sad event put together. Tchividjian went public about his marriage and its troubles without working with the woman who is still supposed to be his wife, his partner, his helpmate/meet, his closest confidante, to not only present a united front but to actually be one! And then she rebuffed him, in public, to a secular news outlet! They are now not partners but rather, at minimum, debate opponents.

This is a very, very grievous turn of events. I believe it reflects Tchividjian’s intention of retaining a protective barrier around what remains of his pastoral reputation. Hey, at least he didn’t strike the first obvious blog against his marriage. That woman God gave me – she’s the one to blame.

This is what a Big Name would do, but it’s not what a Christian should do, and it’s a horrible example to follow. Someone who pretends to be a pastor ought in all things to strive not only to say right things (i.e., to teach well) but also to set the right example, probably the latter more than the former. “Be hearers of the word, not merely doers” and “in speech, conduct, love, faith and purity, show yourself an example of those who believe” says the Bible. “I can’t hear you ‘cause your actions are speaking too loud,” says conventional wisdom.

WHERE IS THE LOCAL ACCOUNTABILITY?

And all of that is connected to what appears to be a lack of local connectedness. Sure, the man can tweet pictures of his spacious and well-appointed office in his church building, showing that he’s physically present there at least sometimes. And yet when trouble really crashed down on him, what do we see?

“My family and I are members at Coral Ridge Presbyterian church where the senior pastor is Tullian Tchividjian. We have many elders. A few weeks ago, the elders told the church that Pastor Tullian was going to take a sabbatical for some time in order to tend to family issues. They assured the church that this wasn’t a matter of disqualification, and they’d keep us updated. Today was that update. Apparently, Paul Tripp flew down to counsel Tullian and his wife, and Paul walked away from it finding no reason to disqualify Pastor Tullian from the preaching ministry. However, a few days later, Tullian resigned, disclosing that he had in fact had an extramarital relationship.” (Source)

I know Tripp is well-respected and all, probably a wise man. I thought he had useful things to add in a DVD series on marriage to which he contributed that I once watched, and I’ve read some of his writings. Well and good. What is he doing “flying down” to counsel with Tchividjian in the midst of this crisis? Where are the rest of the elders? Where are Tchividjian’s local friends and brothers in the faith? To whom could he pour out his heart who really knew him? Is this why he fell into that inappropriate relationship with the female friend – because he didn’t have any male friends?

Questions abound, few of them with any promising answers.

Beware fame and the praise of men. If someone in your church has it, especially your pastor, if you love him you will warn him and hold him accountable, even perhaps turning him back from a path that seems good to man but whose end is death.

“Nevertheless many even of the rulers believed in Him, but because of the Pharisees they were not confessing Him, for fear that they would be put out of the synagogue; for they loved the approval of men rather than the approval of God.”
—John 12:42-43

[Editor’s note: We expect, in coming days, many a blog post about Tullian’s theology that might have played a roll in this sin. Although we’ve also asked whether Tullian’s theology is of “hyper-grace” or “antinomianism,” we think a little more mediation should be had before opining on that particular aspect of the sordid affair. Instead, we’re grateful for Alan to discuss the celebrity aspect of this. In the mean time, please, please pray for Tullian, his family, and those affected] 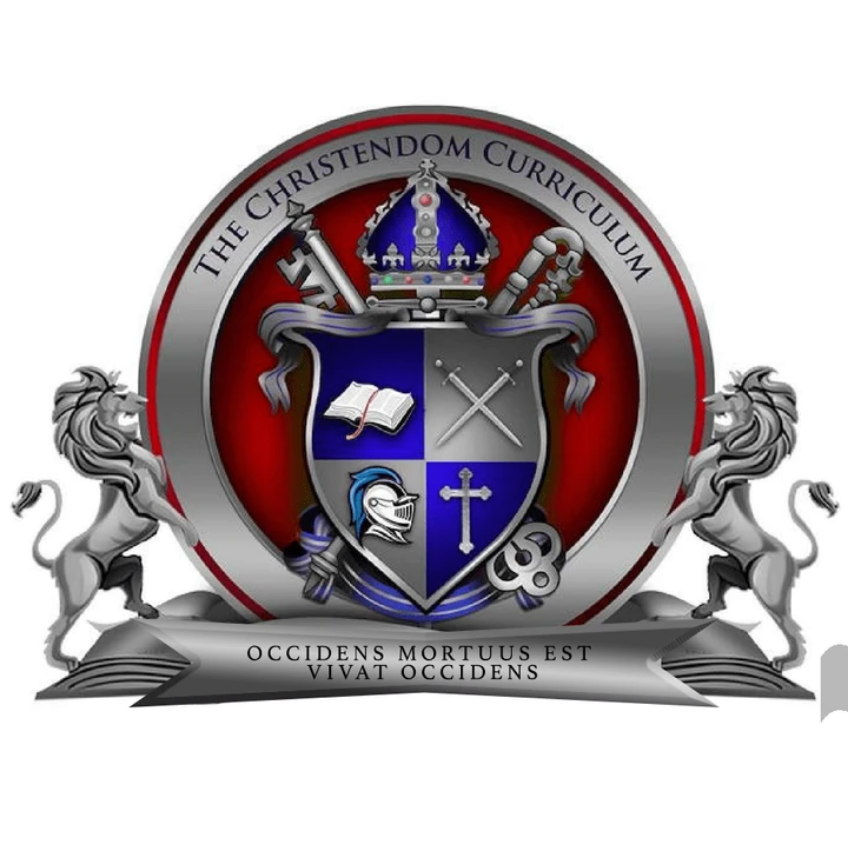 Educate Your Kids At Home with This Awesome ‘Christendom’ Homeschool Curriculum 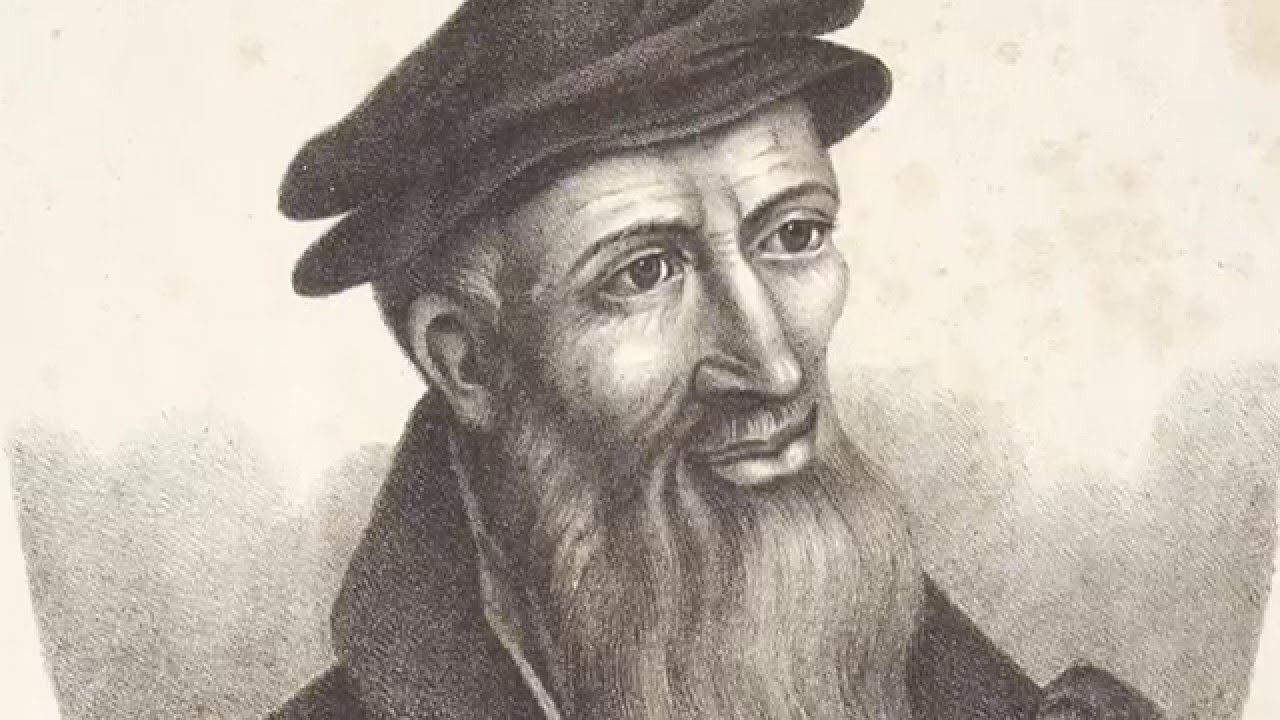