Russell Moore, to the echoing sound of cheap applause, has called for South Carolina to remove the Confederate Flag in light of the recent shooting in Charleston. Moore has stated…

As Pulpit & Pen argued previously, the problem is not mere imagery of what some would argue symbolizes racism. The problem is the hateful heart of sin and a culture of death that is pervasive in America. To focus the discussion around a flag (or guns, for some) is not a Gospel solution to a sin problem. It is, at best, political grandstanding. The ERLC, since Moore’s tenure, has abandoned principled stances on hard issues and instead geared itself towards being the public-relations wing of the Southern Baptist Convention. While few of our beliefs on sin in this culture are popular, Moore has found resounding applause for arguing the presence of systemic racism and finding the same solutions to sin problems as Michael Moore.

The heritage of the Confederate Flag is hate, Moore argues, and the hate embodied in that heritage – along with the heritage itself – must be gone. No semblance of that heritage should remain. Albert Mohler, of Southern Baptist Theological Seminary – has supported Moore in that notion, saying…

“Gospel-minded Christians should support taking down the flag. Love of neighbor outweighs even love of region, and it certainly requires that we disassociate ourselves from any hint of racism, now or in the past.”

As Moore, Mohler and Akin all agree that a “heritage of hate” should be shunned and that imagery relating to that heritage must be removed, here are some inconvenient facts for the SBC.

Southern Baptist founders, like Basil Manly, James Boyce and John Broadus, all owned slaves and were pro-Confederacy. Would it surprise you to find out that the SBC still venerates these names and still lauds that heritage on their buildings?

I believe I see in all this the end of slavery. I believe we are cutting its throat, curtailing its domain. And I have been, and am, an ultra pro-slavery man

Here’s a photo of Albert Mohler standing proudly with a portrait bequeathed him of John Broadus.

Here is a photo of Broadus Chapel at Mohler’s SBTS… 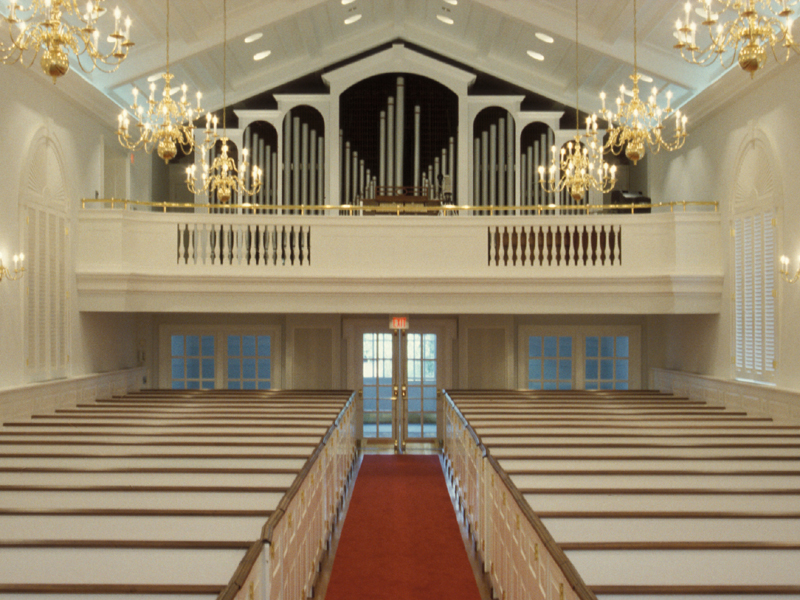 We must not forget that the Negroes differ widely among themselves, having come from different races in Africa, and having had very different relations to the white people while held in slavery, many of them are greatly superior to others in character, but the great mass of them belong to a very low grade of humanity.

As this campus map from SBTS’ website indicates, Manly Hall – named after the Confederate chaplain – is still standing and occupied and proudly named after the guy who was not only a slave-holder and a slave-trader, but beat his slaves. Manly excused slavery out of societal need and the long-standing tradition of slavery…

“[The wants of society] led to different occupations – some to labor, some to plan and direct others…” and to explain the acceptability of slavery because of the time-honored tradition, spoke of Africans saying that “in all times, in all countries excepting his own, has been in a state of servitude.”

Imagine that. The Southern Baptists calling for the ejection of the Confederate Flag are carrying on the heritage of hate in their own institutions. Mohler, in particular, must realize this as he stewards Boyce College, driving by each day Manly Hall and Broadus Chapel. These aren’t buildings that happen to be named after slave-holding Confederate chaplains, but these are building named after slave-holding Confederate chaplains who founded a denomination asserting the “right” of one man to buy and sell another.

In the mean time, these modern-day Southern Baptist leaders are calling for the removal of South Carolina’s flag? Here’s a Scripture for you…

You hypocrite, first take the log out of your own eye, and then you will see clearly to take the speck out of your brother’s eye. – Jesus, Matthew 7:5

Now, do I want the SBC to rename or tear down all these buildings? First and foremost, I want the SBC leadership to grasp their own hypocrisy. Then, they should be prompted into giving a defense for the irrational logic that calls for an end to symbols illustrative of hateful heritage and apply it to themselves. When they give that defense (which they may or may not), they’ll probably point out that sin within a certain heritage doesn’t negate what else may lay within that heritage that is worth salvaging – and in doing so, point out their own logical inconsistencies.

And finally, maybe they’ll figure out that something symbolic of heritage isn’t the problem. The problem is sin. The answer is the Gospel.