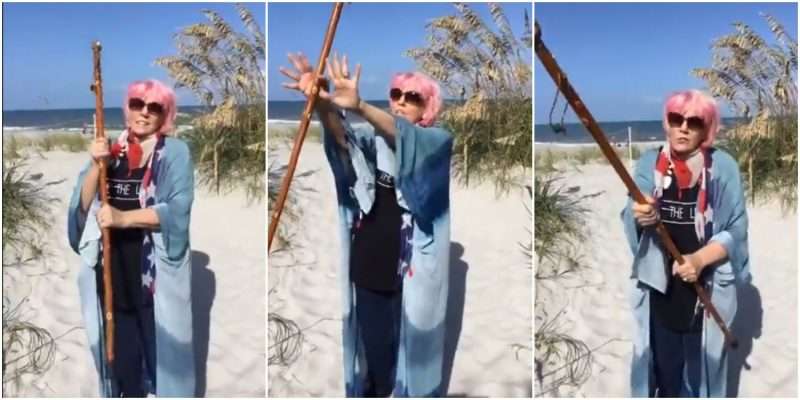 A charismatic prophetess and self-self-styled “weather warrior” who battles against Mother Nature and other demonic spirits set up a live stream to rebuke the hurricanes hitting the east coast, but had to postpone part of her rebuking session due to bad weather.

Katt Kerr, last seen assigning 100 million angels to the Republican National Convention, gathered up several thousand of her online followers and took a trip down to the beach where she could be in close proximity to the ocean. There, she rebuked the satanic spirits of the hurricane and declared them “illegal.”

In the bible it says in Genesis when God made the ocean, he set boundaries for the ocean that it cannot cross over on the land. Did you know that? So we, who have been given authority over all the power of the enemy, and anything the devil tries to get involved with, which by the way means any acts of violence anywhere, including the weather.

So we will be taking authority over the enemy- that’s satan- and commanding the armies of heaven to go and begin to shred the storm, just so you know what we will be saying.

So don’t think about it. Don’t try to reason it out. Just know what Jesus said, the things he did we will do also..so we’re going to do this together. I will pause in between the statements so you can say them with me, and at the very end, we’re going to bash that storm laura. Because it doesn’t have the right to bring death and destruction.

There’s many scriptures that say God sends the rain to nourish the earth, so we’re not tolerating violence in any form, but right now we’re not tolerating it in the weather. So are you ready, you weather warriors? Everyone say it: as a child of God, and an act of my will..I chose to take authority over the storm Laura!

All that scripture twisting and witchcraft aside, after giving this initial salvo against the devil and his mischievous weather, and as they prepare to rebuke the Category 4 Hurricane and shut down its 150 mph sustained winds and propensity for abject destruction, the weather warriors were knocked offline for over an hour due to bad weather. And not even bad weather, but simply it was “too hot.”

The fact that she did not rebuke the sun and its cursed heat seems like a missed opportunity.

But eventually, Kerr and the crew get their act together and set up boundaries of faith around the gulf.

These boundaries were promptly smashed and overrun by the hurricane because God is sovereign over all the weather and nothing happens outside of his prescriptive will.

We do not anticipate this abject failure and reproach of God’s name to deter Kerr in the least and expect her to claim success and to see her pink hair and magic staff rebuking the demonic spirits of the next natural disaster.

History Shows the Democratic Party was Built on Racism 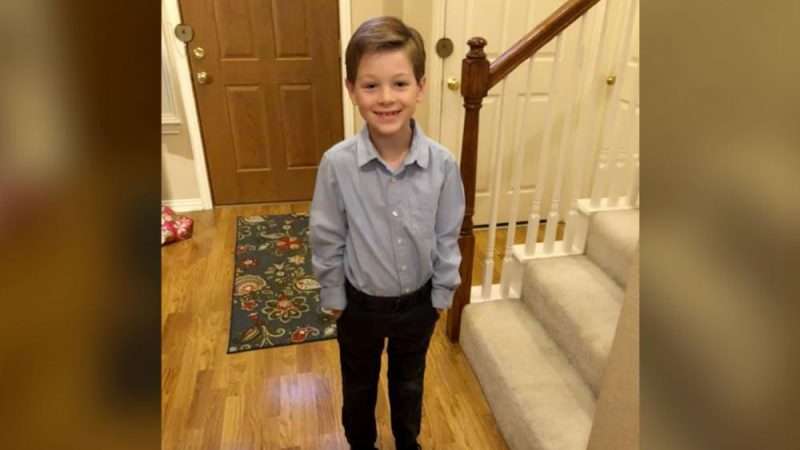