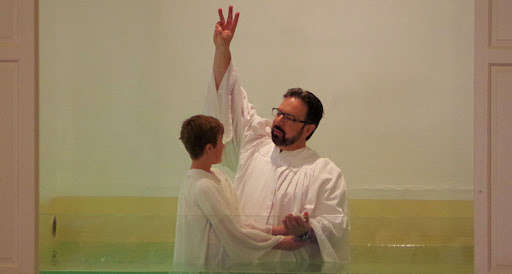 [Christian News Network] A minister with the American Baptist Church (ABC-USA) has been volunteering as an escort at a North Carolina abortion facility, according to recent reports.

In December and January, Yes Magazine covered what it described as “harassment” by pro-lifers against escorts and abortion-minded mothers entering A Woman’s Choice in Greensboro. The facility offers abortions up to 20 weeks gestation (5 months).

Among those interviewed was Michael Usey, who leads College Park Baptist Church, which identifies itself as “progressive, diverse, ecumenical.”

“Our LGBTQ-friendly church has many LGBTQ members, in addition to gay/lesbian ministers, deacons and staff members,” its website states. “We perform same-sex weddings, and welcome many that have been beaten up by the Bible at other churches!”

Usey told the outlet that while he had only recently begun volunteering as an escort at A Woman’s Choice, he has been involved with Planned Parenthood for some time. An escort is an individual who guides those arriving to the abortion facility into the building.

“I’ve been doing this for about three months,” he stated, being interviewed in November. “But I’ve been involved in reproductive justice and access issues since I was in seminary in the early ‘80s.”

“It really hit home when I was a college minister in Waco, Texas, and no one, absolutely no one, was talking about sex ed or sexual ethics or reproductive responsibility in that city at that time except Planned Parenthood,” Usey continued. “So, I worked with them there, and in Atlanta, and here too, when I was on the Planned Parenthood board for years.”

In 2016, Usey delivered a message in which he outlined his views on abortion, stating that while he “grieve[s] deeply at the proliferation of abortions” as they demonstrate “that reproductive and abortion decisions are not taken with enough moral seriousness,” and opposes abortion as a form of birth control, he also believes a woman should have a right to choose according to her conscience.

He said that Christians have differing opinions on when life begins, and therefore, mothers should also be able to come to their own individual conclusions.

He advised that he urges women to consider other options, especially adoption, but “[s]ince there is no moral consensus or biblical mandate, we should accord women the legal, moral, and religious freedom to choose.”

“And, since abortion is a serious moral crisis, we should be around to guide her beforehand and to support and love her through whatever decision she, under God, makes,” Usey concluded. “In short, we should reduce the need but protect the right. It’s possible to be pro-life and pro-choice.”

The American Baptist Church says that there are diverse opinions on abortion within its denomination, outlining in a resolution:

“… Consequently, we acknowledge the freedom of each individual to advocate for a public policy on abortion that reflects his or her beliefs.”

View the resolution in full here.

As previously reported, a number of liberal clergy members have identified themselves as supporting abortion access, including the Washington-based Religious Coalition for Reproductive Choice (RCRC), which conducts so-called blessings inside abortion facilities. See reports here, here, here and here.

“The religious right has really hijacked the conversation on this issue, and we need to let women know that there are people of faith who are in favor of safe and legal abortion,” Laura Young, a United Methodist minister who also serves as the executive director of the Ohio chapter RCRC, said in 2015.

An Episcopal priest was also recently named the president of the National Abortion Federation (NAF).

“Abortion providers are some of my personal heroes and modern-day saints,” Katherine Hancock Ragsdale, a lesbian, said in a statement. “It is an honor to be able to serve and support NAF members as they provide compassionate health care amid increasing attacks and challenges.”

[Editor’s Note: This article was written by Heather Clark and first posted at Christian News Network]

Interview with Judd Saul of ‘Enemies Within the Church’