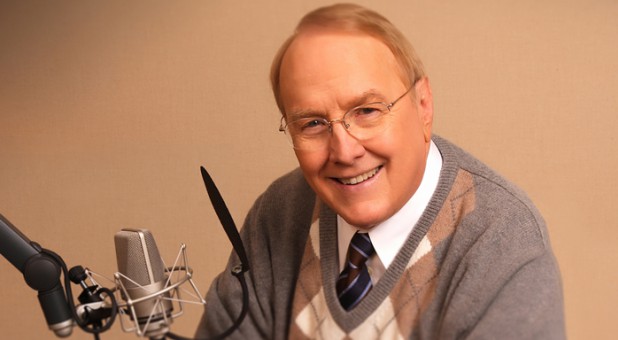 James Dobson, the 83-year-old founder and president of Family Talk, has seen the handwriting on the wall in regards to Marxism invading America, and he took to his newsletter in August to warn against leftists corrupting America through the sinister ideology.

Dobson, who holds 17 honorary doctorate degrees and is an inductee to the National Radio Hall of Fame, included in his newsletter words from Jack Graham that explained the Biblical views of both Capitalism and Socialism.

Graham, the pastor at Prestonwood Baptist Church who has become an ideological opponent of the Democrat who runs the Ethics and Religious Liberty Commission of the SBC (Graham’s own denomination), laid out the differences between the two political, economic, and worldview systems.

Graham wrote, “Socialism is fundamentally at odds with the Christian worldview because it seeks to suppress all people according to the dictates of the state. No one serious about their Christian faith can accept socialism, and here’s why. Socialism is totally secular and is predicated on atheism. That is a fact. Our faith in Jesus Christ is built on the Word of God, the revelation of Scripture, and the belief that God exists. We believe in the coming resurrection of Christ, and with that faith comes freedom to live an abundant life that is founded on liberty.”

Graham continues in Dobson’s newsletter, “Contrast that with Karl Marx, the father of socialism. He considered religion of all types, specifically Christianity, to be what he called “an opiate of the people.” In other words, belief in God is a drug to be used to pacify the public. Marx was the originator of the horribly repressive Soviet style of government. He was also greatly influenced by Charles Darwin’s theory of evolution. It purports to explain the existence of life on earth. Human beings, he said, are nothing more than advanced animals. If that is true, anyone of us can be disposed of at the whim of the state.”

Dobson wrote at the end of Graham’s piece, “What we are facing here is a culture war that is driven by those who hate Christianity and the Church of Jesus Christ. If the far left is successful in capturing the hearts and minds of Americans, the entire world will descend into a spiritual darkness unlike anything that has ever been seen. Please make that a matter of fervent prayer during these next 14 months, and do pass this letter on to your friends and pastors.”

You can read Dobson’s newsletter and his warning against Socialism here. We suspect you’ll find nothing similar in material published by the Southern Baptist Convention.

[Editor’s Note: The post originally stated that Dobson was 69. That is the age of Jack Graham. Dobson is 83.]