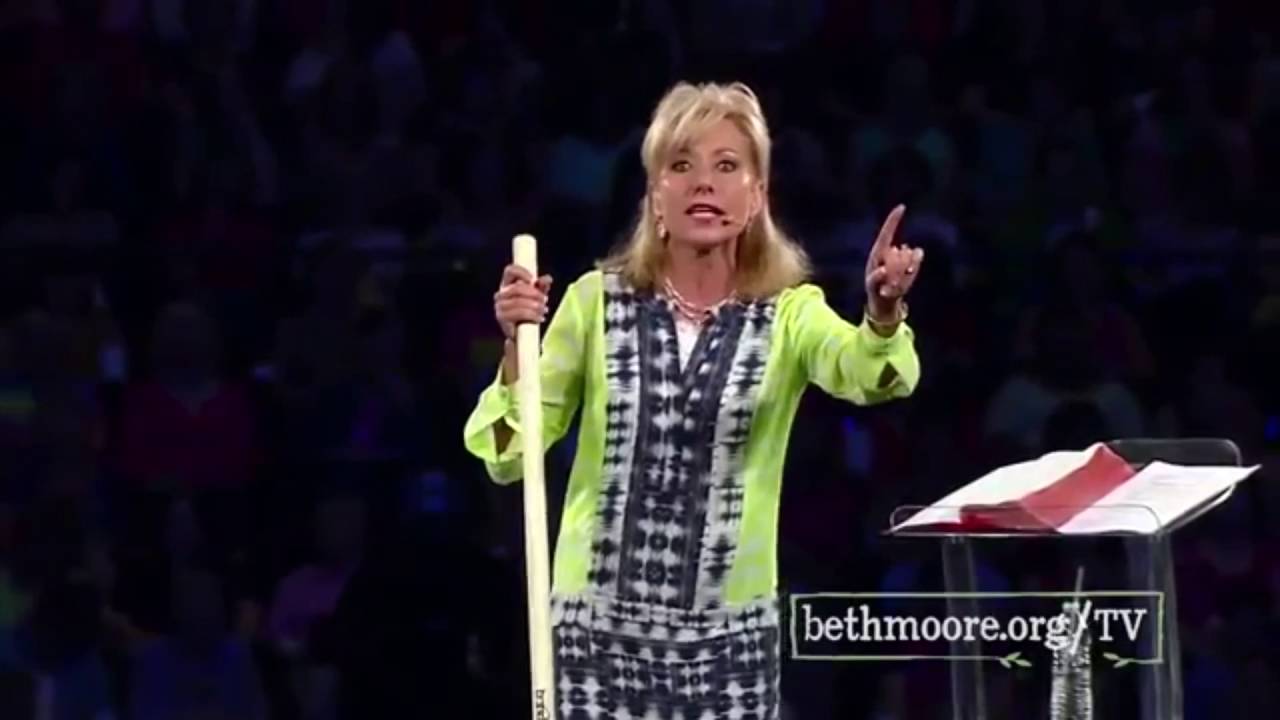 Beth Moore is a rabid feminist. She didn’t use to be, but Moore’s position on gender roles hasn’t evolved…it has mutated.

People began to pay attention to this latest controversy after Pulpit & Pen wrote a post about Moore bragging that she was preaching in a Southern Baptist Church during Sunday’s regular assembly. It was clear that she was jovially mocking the traditional position on female preachers in the SBC and rubbing it in to those of us who still believe the Bible.

There has been pushback, however. Founders’ Ministries released a video saying that whatever pastor has her preach should be rebuked. Denny Burk released a blog post saying that women shouldn’t preach on Sunday morning. And Owen Strachan – a former president of the Council on Biblical Manhood and Womanhood (and a current Senior Fellow at the organization) – made a tweet.

The tweet set off Beth Moore into a tizzy.

Whether or not Moore has wasted 40 years of her life would depend entirely upon whose team you think she’s working for.

She has since been busy on social media, at a dizzying pace, in dogpiles around the interwebs, throwing elbows on the subject of women preachers.

Take, for example, her conversations with Mike Cosper – the Rachel Maddow of the Latte Mafia – and Travis Cottrell, a popular worship leader. The three cackle like a flock of hens about conservative Christian evangelicals who *gasp* don’t want women preaching in our churches (forsooth). Cosper refers to Twitter as a “cesspool” because people are expressing their beliefs that women shouldn’t preach.

Moore is repeatedly championed by council member on The Gospel Coalition and entity heads in the Southern Baptist Convention. When will Southern Baptists and conservative evangelicals have enough?