Theology is a place and a story. Theology is the place and story you think of when you ask yourself about the meaning of your life, of the world, and the possibility of God. [Emphasis mine]

Except from Serene Jones’ book entitled “Call it Grace: Finding Meaning in a Fractured World”

The belief in heaven, miracles, and the resurrection of Jesus Christ is what one would rightly expect from a president of a theological seminary. By all standards, one would presume that those hired to oversee a seminary would be a theologian holding to and teaching Christian orthodoxy.

Apparently, that’s too much to anticipate from the current president of Union Theological Seminary, Serene Jones (which should come as no surprise since Union hasn’t been a theological seminary for quite sometime, let alone the biblical truth that men alone are qualified to teach theology).

In a recent interview, President Serene Jones spoke with Nicholas Kristof of The New York Times, stating that she does not believe in the most fundamental of Christian doctrines.

This article will examine specifically the resurrection of Jesus Christ and will expose the fact that the president of a theological seminary whose responsibility is to safe-guard the teaching and preaching of the gospel does not believe it.

The gospel of Jesus Christ according to Scripture:

The first question asked by the New York Times reporter, Kristoff’s is regarding the “literal flesh and blood” resurrection of Christ. President Jones answered:

When you look in the Gospels, the stories are all over the place. There’s no resurrection story in Mark, just an empty tomb. Those who claim to know whether or not it happened are kidding themselves. But that empty tomb symbolizes that the ultimate love in our lives cannot be crucified and killed.
For me it’s impossible to tell the story of Easter without also telling the story of the cross. The crucifixion is a first-century lynching. It couldn’t be more pertinent to our world today.

According to Serene Jones, the resurrection is nothing more than symbolism. In examination of her belief, not only didn’t Jesus raise bodily from the grave three days after his crucifixion as sacred writ declares, it’s merely her concept of “love” that was conquered on the cross.

Jones takes it another step far down the path of blasphemy that it would boggle the minds of those who are redeemed by the precious blood of Christ when she asserts God, who is both the just and justifier in the sacrifice of his only begotten Son would be nothing more than a wicked child abuser, if were true:

Crucifixion is not something that God is orchestrating from upstairs. The pervasive idea of an abusive God-father who sends his own kid to the cross so God could forgive people is nuts. For me, the cross is an enactment of our human hatred. But what happens on Easter is the triumph of love in the midst of suffering. Isn’t that reason for hope?

And can we say steps leading to ‘the final pits of hell” when Jones’ claims that it’s not possible to know God let alone rightly teach of him from his self-revelation, Holy Writ:

At the heart of faith is mystery. God is beyond our knowing, not a being or an essence or an object. But I don’t worship an all-powerful, all-controlling omnipotent, omniscient being. That is a fabrication of Roman juridical theory and Greek mythology. That’s not the God of Easter. The God of Easter is vulnerable and is connected to the world in profound ways that don’t involve manipulating the world but constantly inviting us into love, justice, mercy. [Emphasis mine]

God’s love is most assuredly not Serene Jones’ kind of love that Christ endured on the cross:

10 Yet it was the will of the Lord to crush him;
he has put him to grief;[g]
when his soul makes[h] an offering for guilt,
he shall see his offspring; he shall prolong his days;
the will of the Lord shall prosper in his hand.
11 Out of the anguish of his soul he shall see[i]and be satisfied;
by his knowledge shall the righteous one, my servant,
make many to be accounted righteous,
and he shall bear their iniquities.

Having no understanding of God’s justice, how can Serene Jones claim to know it:

Evil men do not understand justice, but those who seek the Lord understand it completely.

And finally, Jones, who doesn’t “worship an all-powerful, all-controlling omnipotent, omniscient being” believes this “god” of hers is merciful. Ah, the vain imaginations of man, pick and choose, pick and choose! Imagine that – this inept god is able to be at least merciful to her and others all the while, Jones attempt to strip and neuter the only true and living God of his very nature.

If one were left with only the child abusing, still dead and in the grave, weak, powerless, unknowing and unknowable impressions of God that Union Theological Seminary President Serene Jones of believes, the only conclusion one could come to is she’s “nuts” and ”kidding” herself.

Rather than us who believe the God-Man, Christ Jesus suffered at the hands of evil men, suffered the full wrath of God for the sins of his people, and bodily rose from the grave conquering death, and is seated at the right-hand of God the Father. as we await his Second Coming. 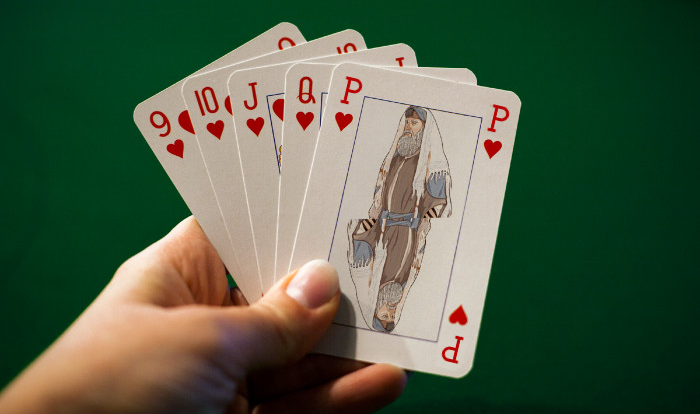 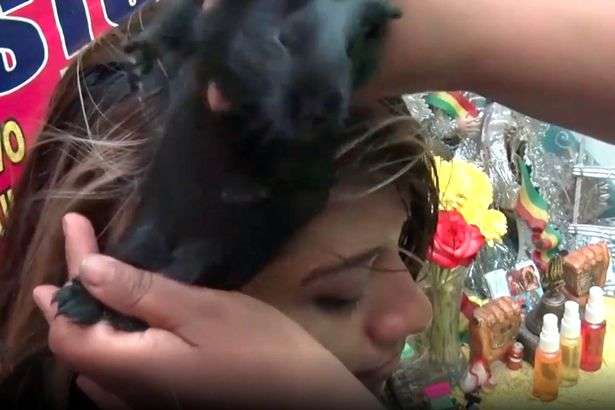 Peruvians Line Up to Be Blessed By Guinea Pig