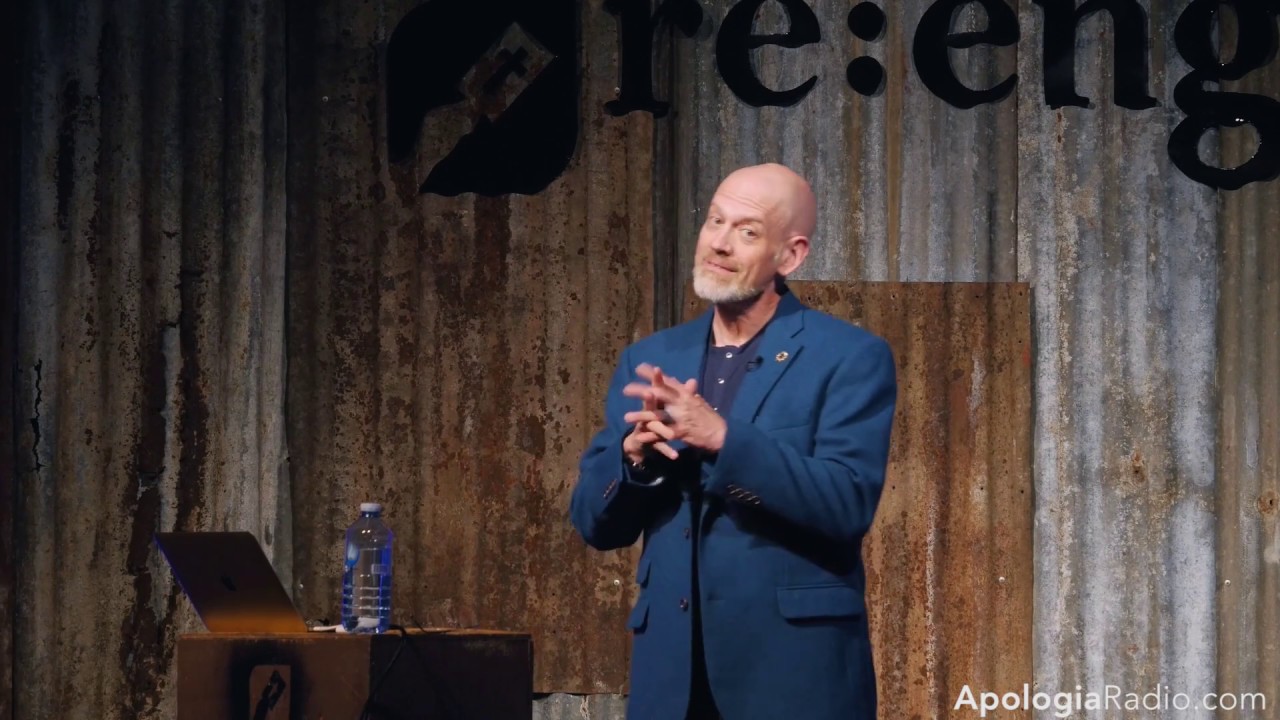 To James White, “yellow j” is any kind of reporting he doesn’t like or is personally critical of him. Terms are fluid to James White, but gender should not be.

For whatever reason, White has felt the need to defend Sam Allberry, the (celibate) gay Anglican priest who has encouraged gay people to have physical and intimate (but not sexual) relationships, has encouraged evangelicals to redefine the family unit, and has told evangelicals to let single homosexuals adopt kids. For the record: White has not unilaterally defended everything Allberry has and has offered criticisms.

I understand White’s desire to be fair and reasonable in his judgments (even if it is sometimes done poorly), and I also understand it’s a never-ending Jesus-juke to his nemeses in polemics ministries. Sadly, those who are often accused of being on the radical fringe are sometimes the quickest to accuse others of the same. Pointing the finger at others who might be slightly more to the right or left makes one feel vindicated of all the unfair accusations they themselves receive.

White’s incessant middle-grounding has led him to this bizarre orthodoxy checklist, which I have on multiple occasions previously criticized. I first wrote about it in the post, James White’s Mere Christianity and Shady Litmus Test for Brotherhood. After White gave the charismatic carnival barker, Michael Brown, an A+ on his orthodoxy checklist, I even brought Steven Anderson onto my program and ran him through White’s checklist (he passed with flying colors, and yet neither White nor myself would embrace or endorse Anderson).

White seems oblivious to the concept of being website orthodox, the tried-and-true practice of heterodox (and sometimes heretical) men signing onto doctrinal statements – even at times citing correct doctrine – while systematically and simultaneously undermining it. And although the term website orthodoxy is new, the concept itself is older than websites. The Scripture tells us that wolves come in sheep’s clothing, that they (Matthew 7:15) are false brothers who come in privily to spy out the church (Galatians 2:4), and that they sneak in destructive heresies (2 Peter 2:1). They are those who rise up among us, as though they were one of us (Acts 20:20).

While White’s pre-set posture towards false teachers is charitable until it is proven beyond a shadow of doubt that they don’t mean well, the Apostles’ writings demonstrate that they held the opposite view. Those who were teaching false things subversively by creeping in were assumed by the Apostles to be designated long ago for destruction (Jude 1:4). In other words, the Apostles were much more guarded in their posture toward false teachers than James White; they met false teachers in the handlebar-mustached Dornálaíocht fighting stance, but James White seems to greet them with his palms up someone might slowly approach the neighbor’s dog.

The last subversive teacher to receive clearance in White’s orthodoxy checklist ocular pat-down is Sam Alberry. White addressed him in the last Dividing Line episode, claiming that he must accept at face value Allberry’s confession of faith (why that is, I don’t know). To be very clear, I don’t speculate on the eternal state of the soul for very many people, Allberry included. Guessing as to whether or not someone is or is not a born-again Christian is really the job of the local church to which they belong. For our job as teachers in the wider Christian church, it is sufficient to mark someone as a bad teacher, or a dangerous teacher, without speculating as to their salvation. Such a designation is sufficient enough to mark and avoid them.

Our contention isn’t that Allberry will be ushered into glory or split hell open, but that he shouldn’t be a priest (on multiple counts), shouldn’t be a teacher, and shouldn’t be promoted by Mark Dever, Ligon Duncan, and Albert Mohler at The Gospel Coalition.

When someone fails to mark false teachers, their leaven leavens the lump. As a case in point, I sadly bring you White.

In the webcast, which you can listen to here for context, White speculates that the critics have been too harsh on Allberry and that after listening to Allberry’s lecture at RZIM (which we wrote about in the post, Gay Priest at Ravi Zacharias Event: Jesus Had Dysphoria, Body Issues), he realized that Allberry said a lot of things that were good. White also acknowledged that he and Allberry have a lot of similar teachings.

This is the point of the webcast where I grew frustrated. There were probably no greater enemies to Paul than the Judaizers. And yet, Paul and the Judaizers shared the majority of their teachings in common. Both had a high view of God’s law, both were from Pharisaical backgrounds (Acts 15:5), both professed Christ as the Messiah. Both believed faith was necessary for salvation (although they differed on the faith alone part). From the perspective of an unbeliever or new believer looking in at the controversy in Galatia, they might have been hard-pressed to even find out what the squabbling was over.

False and subversive teachers often throw in a world of good teaching. It’s camouflage. Their heterodoxies are often needles in a haystack of good theology. But like the proverbial poison pill, it doesn’t take much bad theology to spoil the whole lot.

The reason we are to mark those like Sam Allberry and avoid them is because even the smartest men in the room may be swayed by a smooth tongue and sweet words. Consider these quotations from White regarding the about-face he underwent after listening to Allberry on a bike ride. You can listen to it at the 18.40 minute mark for full context, and at the 25.51 mark for these exact comments.

“When someone says to me, ‘do you use someone’s preferred gender pronouns’ if they are in the 99 plus percentile of people who are not genetically different and are simply experiencing rebellion, that’s asking me to sin with them and I cannot and will not do that…”

However, White says that his mind was changed on the issue while listening to Sam Allberry’s presentation at the RZIM event. Regarding the question about preferred pronouns asked of Allberry, White said:

“…As the question was being asked – I remember right where I was, right where I was in the canal while riding, listening to this – as the question was being asked, I had the thought cross my mind, I said, ‘Well,’ I then said to myself, ‘Well, I would want to be sensitive to the different contexts in which this could be asked.’ In other words, if I know this person is simply in rebellion and doesn’t know any better, in other words [unintelligible] if I know the person is rebelling and they do know better – say if they were raised in the church and left the church and become an apostate or something like that? Then yeah, wild horses couldn’t get me to do it because I’m confirming them in their rebellion. But what if it’s somebody who’s an abused foster child who has never even seen a Bible, let alone heard the first of the gospel. Am I going to, in that instance, make sure I cannot ever say anything to them because this is the hill I’m going to die on? They’re not asking me to compromise anything at that point because they do not know any better. And so I thought to myself, ‘I guess there could be situations where I could at least use that as an opening to talk about how God defines these things and ‘you know what Jesus said about that’…to try to find an opening to present the gospel.'”

White seems to have changed his mind on the topic of using preferred pronouns (in certain circumstances) after listening to Allberry. White has gone from “never” to “it’s acceptable if the ‘transgender’ person wasn’t raised in the church and if they’re rebelling against God on purpose.”

Distinctions about whether or not someone is rebelling against God on purpose doesn’t accord very well with some key points of Calvinist doctrine, and furthermore, it’s beside the point.

Make what you want of White’s evolution on preferred pronouns. Defend it if you dare. But what you can’t do is claim it’s not an evolution. White might characterize it as an awakening. He might characterize it as merely the natural product of fairly assessing the arguments, recognizing nuance, appealing to his curious intellect and the noble attempt of having an open mind.

Whatever it is, it’s a change. And it came from listening to a gay priest.

[Contributed by JD Hall; PS, I am personally thankful that James White is right about most things. Sincerely. He’s a scholar and a gentleman.] 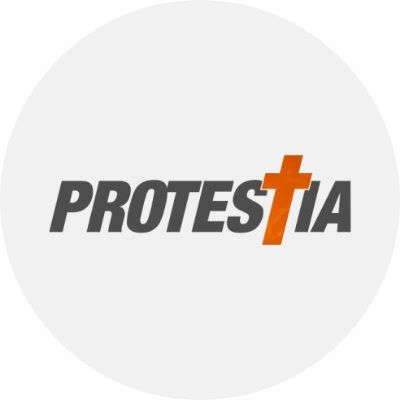 Federal Judge Blocks Ohio Heartbeat Law Because, Well, Why Not?