President Trump stood before the historic St. John’s Episcopal Church in downtown Washington, DC, late Monday evening, in a move that has outraged critics and the leaders of the church.

Known as the “church of the presidents.” St. John’s Episcopal Church was built in 1815 and every president since James Madison has attended at least one service there. There is even a designated pew, known as the “President’s Pew,” that is reserved for the president’s use when visiting the church.

The famous church was set on fire by an arsonist Sunday night, along with rioters who caused exterior damaged and spray painted the building. The fire caused some damage to the basement of the church, with the nurse being targeted, but it was thankfully quickly put out with seemingly no lasting or major damage.

In response to the attempt to burn down her church, Bishop Rev Mariann Budde was sanguine, saying she did not support the destruction of property, but also doesn’t want to lose sight of the fact that these protesters and the one who tried to torch her building have legitimate grievances and are calling for change, and that she supported the protesters.

“It’s a building. No one’s life is gone, but we have work to do and we’ll do it. Cleaning up, rebuild and focus on the rebuilding of our country which is more important.”

In contrast to how she felt when the church was attacked and almost burned down, The bishop was beyond livid when she learned that the President visited the church and took several pictures of him holding a bible in front of it, telling CNN:

“I am outraged. The President did not pray when he came to St. John’s, nor as you just articulated, did he acknowledge the agony of our country right now,”

“Let me be clear: The President just used a Bible, the most sacred text of the Judeo-Christian tradition, and one of the churches of my diocese, without permission, as a backdrop for a message antithetical to the teachings of Jesus,”

“And in particular, that of the people of color in our nation, who wonder if anyone ever — anyone in public power will ever acknowledge their sacred words. And who are rightfully demanding an end to 400 years of systemic racism and white supremacy in our country. And I just want the world to know, that we in the diocese of Washington, following Jesus and his way of love … we distance ourselves from the incendiary language of this President. We follow someone who lived a life of nonviolence and sacrificial love.”

“We align ourselves with those seeking justice for the death of George Floyd and countless others,” she continued. “And I just can’t believe what my eyes have seen.”

“The symbolism of him holding a Bible … as a prop and standing in front of our church as a backdrop when everything that he has said is antithetical to the teachings of our traditions and what we stand for as a church — I was horrified,” 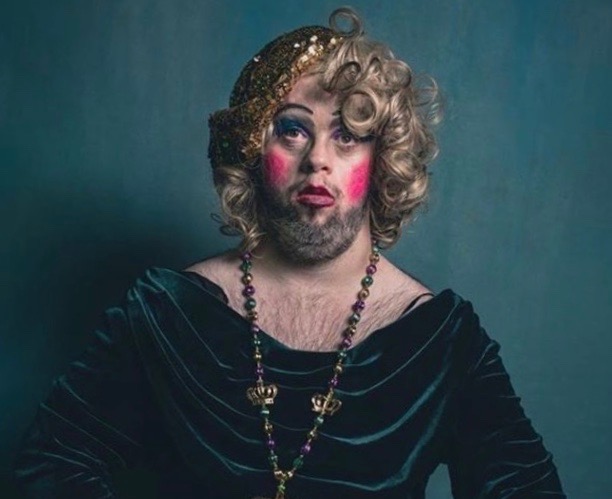 The Latest In Exploitation: Down Syndrome Drag Show Will Perform at a Midwest Art Fair