The First Amendment of the United States Constitution says, “Congress shall make no law respecting an establishment of religion, or prohibiting the free exercise thereof.” The kind of rights detailed in the Bill of Rights were referred to in the Declaration of Independence as inalienable rights, meaning that they are non-negotiable, inviolable, and sacrosanct. Modern evangelicals, as most Americans, are either confused or uncaring about what “inalienable” means.

Bothering non-thinking people with the natural law presumptions of our forefathers – built upon Lockean philosophy and derived from Reformation theology – seems an impossible task. We haven’t the crayons to draw the necessary pictures for most people to understand what used to be routinely taught in grammar school about the nature of liberty.

In summary, suffice it to say that certain liberties, called “natural rights,” are believed to be innately received from God, and the government can neither give nor take those liberties; they can only recognize and protect them. Canadians, for example, have no concept of natural rights in their jurisprudence, but we Americans do. That’s part of what makes America unique and, frankly, better than most other countries.

Eager to squander their birthright written in the blood of their forbears, evangelicals are happily surrendering their inalienable rights for a variety of reasons. These include the government’s good intentions for violating them, the common good, a pandemic virus, their (wrong) belief that church can be observed virtually, the idiotic belief the Bible justifies society-wide quarantine or their general belief that Christians are to obey whatever order they are given whether or not it conflicts with God’s orders.

But among those who do have an adequate ecclesiology, some attempt to justify their disobedience to God’s commands by listing the command of Caesar, the civil magistrate (their local or state officials). Their argument is usually just phrased, “Romans 13.”

You can see it on countless Facebook posts. Someone is complaining about government overreach and the church’s obligation to obey God rather than men and they pipe up with a “Romans 13.” Just like that, with no explanation and usually not even with a verse written out, they throw out that chapter reference like a dog leaves behind a present in the lawn. And then they scurry off, satisfied they’ve provided a biblical argument.

Romans 13 does not excuse the government’s closure of churches. In fact, Romans 13 condemns them.

“Let every soul be subject unto the higher powers. For there is no power but of God: the powers that be are ordained of God.2 Whosoever therefore resisteth the power, resisteth the ordinance of God: and they that resist shall receive to themselves damnation.3 For rulers are not a terror to good works, but to the evil. Wilt thou then not be afraid of the power? do that which is good, and thou shalt have praise of the same:4 For he is the minister of God to thee for good. But if thou do that which is evil, be afraid; for he beareth not the sword in vain: for he is the minister of God, a revenger to execute wrath upon him that doeth evil.”

Weak-willed cowards, who worship Caesar as their Lord and Savior, would like to summarize Romans 13 as, “obey all civil authorities, no matter what,” but honesty, integrity, and a basic grasp of Scripture should prevent them from doing so. Let’s parse it more closely than someone who gets their theology from bumper stickers.

The KJV renders the term in verse 1 “higher powers,” but the Greek term is “ἐξουσία” and means “authorities.” A synonym is “jurisdiction,” which is how the term is rendered in Luke 23:7 in reverence to Herod’s jurisdiction:

“And as soon as he knew that he belonged unto Herod’s jurisdiction, G1849 he sent him to Herod, who himself also was at Jerusalem at that time.”

The first question to ask when a proverbial turd-dropper leaves the comment “Romans 13” in application to a modern situation is who or what is our authority? Are we in their jurisdiction? What makes an authority an authority?

The non-thinking person will use their elementary grasp of exegesis to imply this would mean submitting to searches without a warrant, obeying the commands of a health department despite the fact they’re unelected, or submitting to an unconstitutional decree.

Every single person on Earth must ask who or what is their authority. South Koreans must decide if they’ll abide by the dictates of North Korea’s Kim Jong Un or ignore him. Americans stopped by border guards far away from border crossing must ask if they’re obligated to answer their questions. National citizens must ask if they are to obey the commands of international bodies like the United Nations. (“No” is the answer to all those questions.) Determining who or what is our authority is absolutely necessary in order to follow Romans 13.

In the case of American jurisprudence, our authority is law. And by that, I mean real laws, which are passed by legislatures under the U.S. Constitution. Various decrees and orders outside U.S. or state law are not authoritative over Americans. Unconstitutional orders are nothing to be followed but proudly disobeyed, if it would be unreasonable or wrong to obey them. In fact, submitting to unconstitutional edicts is disrespectful to our very own proper and legal ruling authority. Picture, if you will, English peasants in the Robin Hood narrative obeying Prince John when King Richard is the rightful king. The most patriotic thing those peasants could do was defy the usurper and honor the rightful king. So it is when we disobey constitutional orders.

Next, who are the “powers that be”? Was Prince John a power-that-be? Certainly, he was not. Sure, Prince John had the Sheriff of Nottingham at his disposal. and the Sheriff of Nottingham had an army, but thinking people should ask if might makes right. Does having the ability to do violence make a power a legal power? That’s a dark path to go down. Surely a right-thinking American wouldn’t argue that might makes right. A governor may or sheriff may have the ability to lock you up for attending church, but do they have the power? Again, the word means authority or jurisdiction. Cartels in Mexico have more ability to execute people than the government has, but does this mean they have the power, authority, or jurisdiction? Only if you want a dystopian present.

The rightful authorities have indeed been gifted the sword by God to bring capital punishment (the sword) upon those who do evil. Paul writes, “for he is the minister of God, a revenger to execute wrath upon him that doeth evil.”

Honoring the Sabbath Day, following the fourth commandment, and observing the Lord’s Day (but I repeat myself) are not sins. Murder, homosexuality, adultery, rape, kidnapping, theft, and perjury are sins. Going to church is not evil. It is good.

“Woe unto them that call evil good, and good evil; that put darkness for light, and light for darkness; that put bitter for sweet, and sweet for bitter!” (Isaiah 5:20).

Doggy-dropping “Romans 13” in an online debate about going to church in the pandemic betrays one’s ignorance of who defines goodness and wickedness. The government does not get to define these things. God has already spoken.

Some have insisted that “Romans 13 insists we obey our civil authorities.” I whole-heartedly agree. Romans 13 is about civil authority, but Romans 13 does not cede to the government ecclesiastical authority; that belongs with the church. The government cannot interfere with our disciplines and doctrines in America because we believe in (the rightful understanding of) the separation of church and state.

The civil magistrate has no power, authority, or jurisdiction over the Church of Jesus Christ regarding how it operates, when it operates, or where it operates. When they issue such a ruling, they are speaking outside of their authority, and their opinion suffices as little more than a suggestion.

Critics will argue that all of this is an over-complication in an attempt to instill in readers some form of Americanism. In fact, this is just basic exegesis and application. Many evangelicals are so inept at exegeting and then applying the text that even seeing it done frustrates them to no end.

It’s time we learn to properly exegete Scriptures. If we don’t, we’ll be enslaved to the whims of men instead of being set free in Jesus Christ. 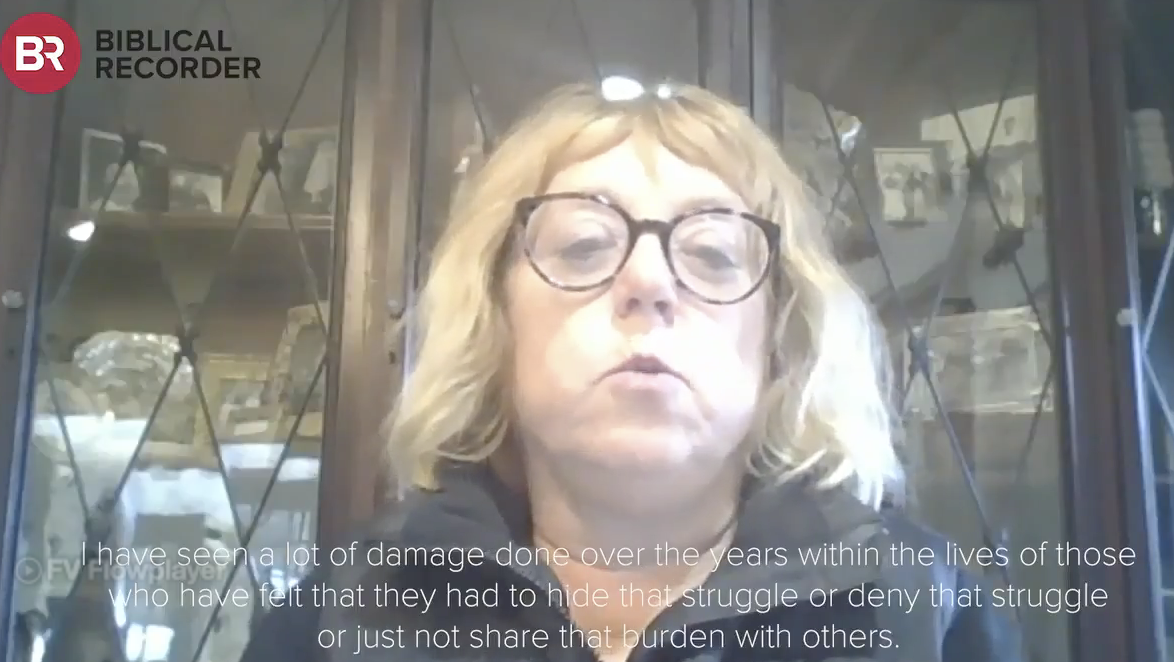 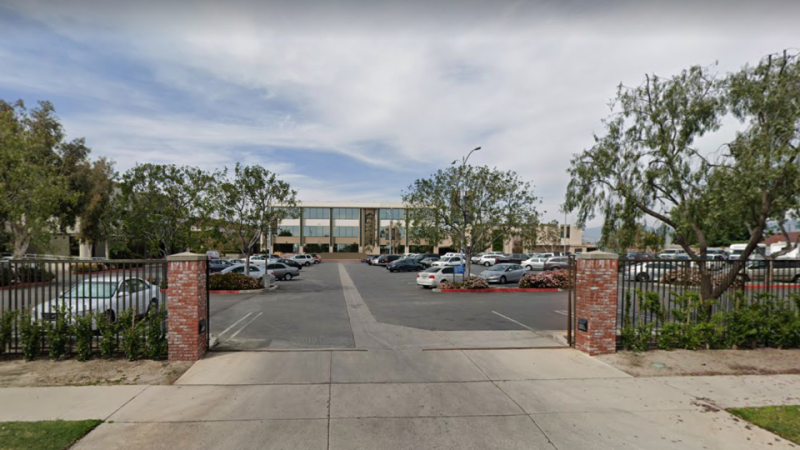