The First Baptist Church in Columbia, Missouri, recently hosted a ‘Transgender Inclusion Seminar’ with Austen Hartke. Hartke has written a book and produced videos encouraging Christians to embrace ‘transgender’ (people who pretend to be the wrong gender) individuals as believers in right standing with God.

Hartke tried to dispel what he calls, “clobber passages,” meaning passages of Scripture that clearly articulate that gender-bending and homosexuality is a sin.

Hartke began by claiming that God created a “gender spectrum” even though the Bible says, “God created them male and female.”

Hartke says, “When I was taught this sort of passage when I was a kid, I was taught this was God ordaining a two-box gender system. Right? God created people male and female. But when we look closely at the formation and the format and the structure of all of Genesis 1, we see that there is a lot more gender diversity there and a lot more creational diversity than we might have first thought.”

Without having heard the presentation, we have no idea what kind of alcohol or illicit drug Hartke was consuming to come up with such a notion.

Hartke spoke of the Ethiopian eunuch and used the account for support the idea of cutting off someone’s testicles, which was probably not the point of the passage.

Carol McEntyre, the “pastor” at First Baptist Church, was according to the local press “excited that the event not only taught people about inclusivity but also gave them the tools to turn those lessons into actions.”

The church’s majestic steeple points out of the First Baptist church roof as though it were a middle finger toward God. 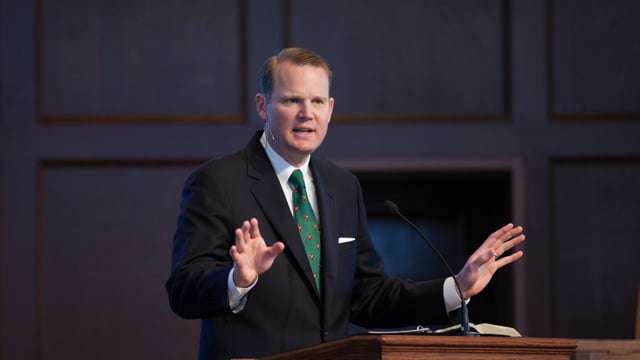