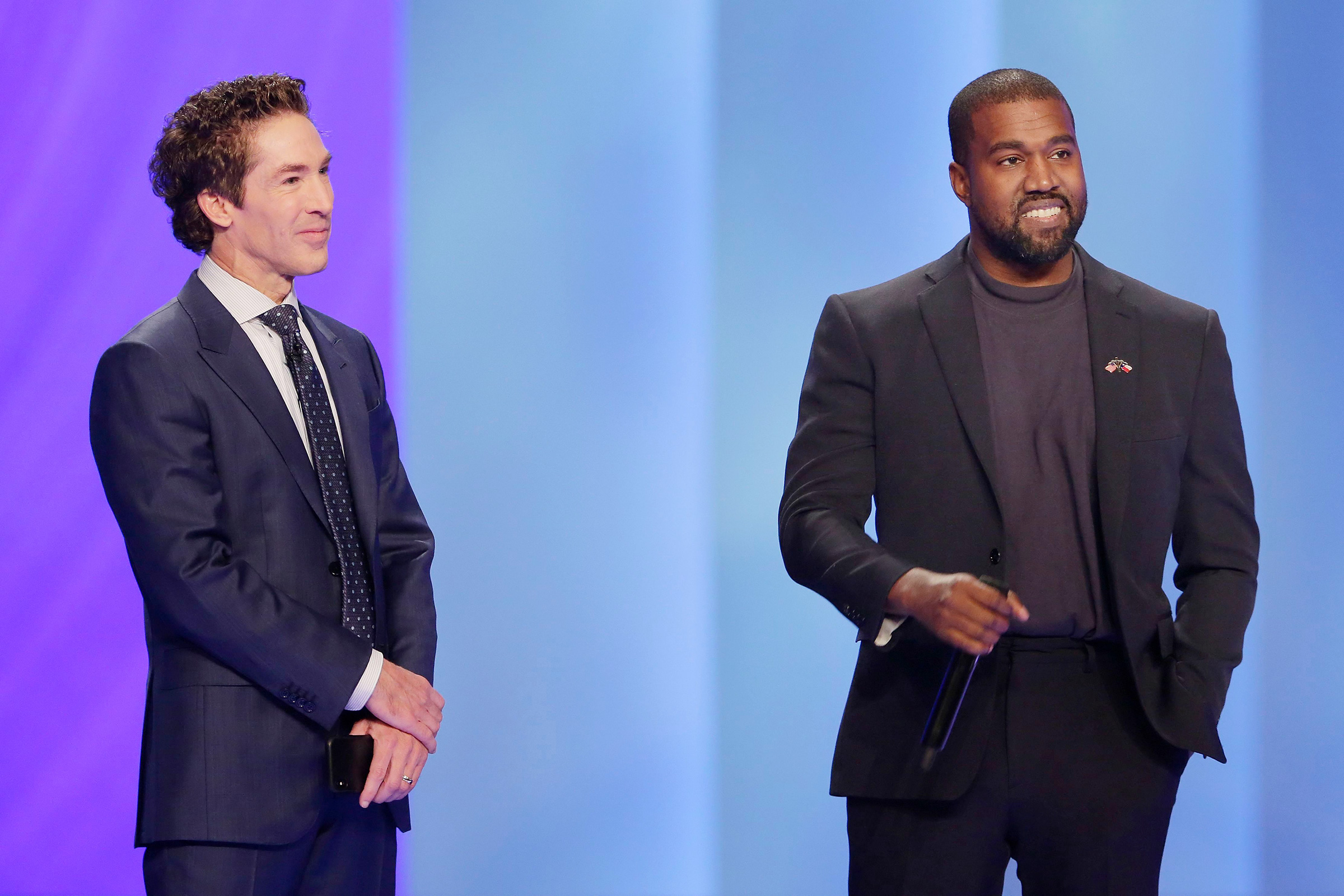 I would draw parallels between Kanye West being invited to Lakewood Church and Jesus being tempted in the wilderness, but that would make Kanye into Jesus in this scenario. My fear is that Kanye already considers himself close enough that I need not make him stumble by the comparison. Nonetheless, Kanye’s appearance at Osteen’s Happy Fun Time Prosperity Amusement Cult over the weekend has those not already skeptical of Kanye’s conversion overtly doubting it now.

I’ve been uncharacteristically slow to overtly opine on Kanye’s conversion for several reasons. First, I personally know some of those trying to disciple him and they are of like faith (and no, I don’t mean some in Los Angeles who have been riding Kanye’s coattails like Elijah rode the whirlwind). They’re good brothers. And secondly, I happen to know for a fact that Kanye has been listening to the advice given to him by these brothers. And by listening, I mean he’s been employing his ear canals and auditory senses. I do not imply he’s been submitting to their judgment.

They have told him things like, “Your wife needs to stop dressing like a prostitute” and “Bruce Jenner is your father-in-law, not your mother-in-law.” And amazingly, Kanye has listened in the auditory sense of the word.

Their judgment, I can attest, has been repeatedly to tell Kanye words that also apply to Beth Moore…Go home. Their repeated wisdom has reiterated that (1) God does not need him (2) he needs to be discipled before he says another word about Jesus and (3) the most glorious thing to do for God would be to Go home. Their advice, simplified, is that they have told him that conversion requires giving up things for Christ.

Kanye seems – from the news reports – intent on holding onto every bit of fame, every ounce of fortune, and every whiff of hubris while taking Jesus on as an appendage to his celebrity. And yet, we have a Jesus who told us that if we’re going to find our life we must first lose it (Matthew 19:24), to cut off hands and pluck out eyes (Matthew 5:30), and to give up everything we have to attain that pearl of great price (Matthew 13:45-46.

I am sympathetic to Kanye if for no other reason, the flood of ungodly miscreant religious snake oil salesmen that want to use him like a Jimmy Swaggart prostitute. As soon as his quality Christian album dropped and people considered him serious after all, Beth Moore jokingly implied she’d collaborate with him for a Sunday Service. But it got worse. Heretics like Joel Osteen came slithering their way down the broad path and offering him the kingdoms belonging to the Prince of Darkness Grim. Charismatics began to call him a prophet and claim he was battling the Jezebel Spirit. The tongue-babblers started prophecying that Kanye was God’s chosen instrument to “shape the religious and political landscape.”

At best, Kanye is a new believer with a major case of narcissism whose greatest challenge to glorify God is his own god-complex, who happened to hear Good News and received it eagerly, but has heretofore shown himself unwilling to unburden himself of the trappings of fame and fortune or submit to the only Christian counsel he has that isn’t simultaneously trying to pimp him.

I have told many people who have wondered about my hesitancy to condemn Kanye, “There are few people alive who have more to give up to follow Christ than Kanye West.” That’s not really arguable. The man is worth somewhere around a billion dollars, is one of the most recognizable people on the planet, and throngs of fans literally do believe him to be the “best artist ever created by God.”

The story of Kanye looks very much like the Parable of the Rich Young Ruler in Matthew 10:17-27.

17 And when he was gone forth into the way, there came one running, and kneeled to him, and asked him, Good Master, what shall I do that I may inherit eternal life? 18 And Jesus said unto him, Why callest thou me good? there is none good but one, that is, God. 19 Thou knowest the commandments, Do not commit adultery, Do not kill, Do not steal, Do not bear false witness, Defraud not, Honour thy father and mother. 20 And he answered and said unto him, Master, all these have I observed from my youth. 21 Then Jesus beholding him loved him, and said unto him, One thing thou lackest: go thy way, sell whatsoever thou hast, and give to the poor, and thou shalt have treasure in heaven: and come, take up the cross, and follow me. 22 And he was sad at that saying, and went away grieved: for he had great possessions.

If you are not Kanye West, be thankful to God that you do not have to give up the things Kanye West has to give up to follow Christ. I can’t even imagine what that would be like. I came to Christ destitute, impoverished, and naked. Before God, billionaires are also destitute, impoverished, and naked, but God allows some of us to see it easier than others because our earthly estate reflects our spiritual poverty.

Is Kanye saved? I have no idea. I am hopeful for no reason other than that love hopes all things (1 Corinthians 13:7).

Can Kanye persevere in the faith? Lol. No. It’s impossible.

Kanye cannot persevere in the faith, remain steadfast, and abide in Christ while fence-straddling himself with one leg in the church and another in the world.

Objectively, as a polemicist, Kanye hasn’t a chance of doing anything except eventual grieving, for he has great possessions. The odds – in each and every way – are stacked against him. Objectively, it would not appear that Kanye has chosen the narrow path that leads to eternal life, no matter how public his curiosity of true religion may be.

If you asked me to disciple Kanye West to the point where I could feel good about his eternal assurance or weave a camel through a needle’s eye, I’d ask how big was the camel.

Jesus’ comment about the camel plainly states that it’s impossible for a rich man to enter Heaven. If you disagree with my interpretation, then just produce a crocheted camel and I’ll relent.

However, even though Jesus says that it’s impossible for a rich man to go to Heaven, he then says that God does impossible things…

26 And they were astonished out of measure, saying among themselves, Who then can be saved? 27 And Jesus looking upon them saith, With men it is impossible, but not with God: for with God all things are possible. Video: Watch this Brave 13 Year-Old Compare Abortion to Slavery and Get Booed, Heckled by Adults