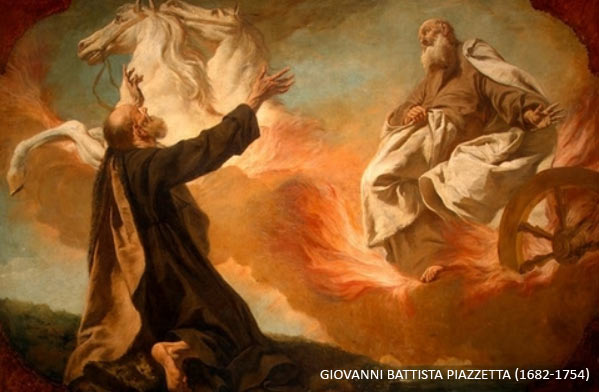 What does it mean to have a “prophetic voice” in our culture? The word seems to have been an in-word for the last several years, but I don’t know that it’s ever received proper treatment. I aspire to do so now.

I thought SBC Voices was shut down. The last several times I’ve gone to their website to see if there was something to read and subsequently make fun of, there was nothing on the blog but cobwebs. Days and days were going between posts, so I just assumed that denominational leaders stopped issuing SBC Voices their opinions and so, having none of their own, closed down the blog.

But to my dismay, I saw that a few posts were put up over the weekend as they ran obligatory, glowing commentary for the virtue-signaling ERLC #MeToo Conference called Caring Well. After all, Dave Miller (the owner-operator of SBC Voices) earned a spot at the ERLC, which his nose personally sniffed up from somewhere within Russell Moore’s L.L. Bean britches, where it seems to be perpetually brown-nosing around (a few finger-sandwiches, a plane ticket, and an honorary title is enough to bribe Dave Miller into complete sycophancy). Long ago were the days when Miller wanted to shut down the ERLC (now they’re offering him finger sandwiches, so…)

No, let me snatch this word from the tiny jaws of the gay little purse-dog from which it is dangling.

Let me explain what characterizes a “prophetic voice.”

First, the prophets spoke against the tide of public opinion.

In case the leftist hipsters and soy latte-sipping limp-wrist mafia at the ERLC have forgotten the Old Testament because perhaps their bowties are a bit too tight, when the prophets preached it was contrary to public opinion.

This is why they were stoned to death (Luke 13:34). The prophets did not stick their pinkie to the wind and try to capture a wave of public consensus.

Evangelicals, the type who get ecstatically excited and bubbly giddy over having a female preacher damn complementarianism right in front of them (the type now running the Southern Baptist Convention), decide what soapboxes to stand upon the same way the Democratic Party decides its platform. Their seers – statisticians and demographers – look at cultural trends and make talking points today what they believe voters will want tomorrow (this is why progressivism never ends).

These leftists, both in the Democratic Party and in Evangelicalism don’t really have personal convictions. They don’t really have anything they inherently stand for or against. They’re just part of a bureaucratic institution that says or does whatever it thinks will play well in Peoria.

The prophets spoke against the people. They spoke against the direction and flow of public consensus. They prophetically saw where the nation was headed and got in front of it (and then got ran over) to turn them back.

Secondly, the prophets didn’t give a care about nuance or whimsy.

These ‘woke’ SBC institutions have carefully crafted PR campaigns, media managers, and Vice Presidents of Communication who carefully sculpt each comment, every sermon, every video to conform to their standards of political correctness.

Trying to figure out what Russell Moore, Jemar Tisby, Albert Mohler, Jarvis Williams, Danny Akin, or Mark Dever really believe about these topics is like trying to nail jello to the wall. Yesterday, we witnessed Beth Moore being asked if complementarianism was to be blamed for abuse and she answered directly, ‘No,’ before going on to emphatically say yes over the next five minutes of blathering. These are double-minded, forked-tongued, unstable and cowardly people.

These Social Justice fairies flutter around sprinkling their pixie dust of nuance on everything until we are left wondering what in the world they meant.

Should we ever decide to criticize them, we are shamed for having not first asked these professional public speakers to perpetually clarify their positions.

The prophets of the Old Testament were blunt. They spoke their mind. They eschewed nuance and whimsy was foreign to them. They simply spoke their opinions clearly, bluntly, and sometimes harshly.

I have no problem saying that despite the fact Donald Trump is wretched, he speaks with a far more ‘prophetic-style’ than the lisping, stammering, soft-spoken, asp-poisoned lips of the Social Justice Warriors condemning him.

Trump is crass, caustic, and wretched. He might just split hell open when he dies. But the way he speaks is far, far more in line with Old Testament prophets than the careful, analyzed, nuanced way that Russell Moore speaks. One doesn’t listen or read Trump’s words and come away saying, “What did he mean?”

And yet, try reading Tim Keller’s tweets some time and unravel those riddles. Ask Beth Moore to answer the question, “Is homosexuality a sin” and watch her hot-flash into next week. These people are not “prophetic.” These people would have stoned the prophets for being too blunt.

Third, the prophets were scorned for insanity, not reasonableness.

What concerns the Social Justice snowflake guild the most – and if they deny this they are liars – is being thought well-of by lost people. The SBC leadership would rather fall over dead than let the media portray them as racist. They would die in their place if someone accused them of misogyny.

The Evangelical Intelligentsia’s primary ambition is to be more liked by the world than Jesus. They want to accomplish what Jesus could not…they want the multitudes who once shouted ‘crucify’ to give a golf-clap of appreciation. They want to be thought well of by the world for being the “reasonable” evangelicals (as opposed to those “insane fundamentalists”).

For the Evangelical elite, they see evangelism as little more than God’s Public Relations Department.

Yet the prophets were almost all universally known to be crazy men, disrespected and scorned for opinions, condemnations, and inspired utterances that did not pet the world, but bristled it.

Isaiah stripped off all his clothes and wandered around naked to make a point (Isaiah 20). Jeremiah made a point using his underwear (Jeremiah 13). He also occasionally yoked himself to farm equipment (Jeremiah 27). Hosea married a prostitute and named their daughter “unloved” and named his son the equivalent of “bastard” (Hosea 1).

These soft-bellied Nancies today have to have their slacks pressed or they won’t leave their five-star hotel room. For them, there is little difference between making God look good and making themselves look good. But for Old Testament prophets, they were entirely concerned with the former and utterly disinterested in the latter.

THERE IS NOTHING ABOUT ‘CARING WELL CONFERENCE’ THAT IS ‘PROPHETIC’

There is nothing “brave” about standing up against rape. Who in the heck is for rape? Is there a “pro-abuse” contingency out there? I wouldn’t be surprised if their next conference will be pro-literacy, or maybe anti-cancer. You know, something really “prophetic” like that.

Standing up for abuse victims may be necessary, but it sure doesn’t go against the tide of public opinion; it rides the wave of popularity. Who in the world’s cheap seats would ‘boo’ such a conference? Who is the slightest bit offended by it?

That would be prophetic.

Instead, these fair-weathered debutants are hosting conferences with all the controversy of “Be nice to others.” Who the heck disagrees? Oh, so prophetic, you brave, brave men. Watch out! Brave guy coming through!

If anyone in the room at the Caring Well Conference was prophetic, they would have stood up in that crowd and told Beth Moore to shut her wicked mouth and if she had questions to go home and ask her husband.

And those people at Caring Well would have stoned them to death.

Atheists Lose It After Perfectly Named Town, Berea, Proposes Hiring a Baptist to Give City Prayers