[SBC Voices, Dave Miller] Permit me to state some facts before I begin my rant.

So, having said all of that, here’s my rant.

I hate alcohol. In my nearly 4 decades of ministry I’ve seen too many families torn apart, marriages disintegrate, children hurt, and untold damage caused because of the exercise of this “freedom in Christ” to drink. Sure, many people can have a glass of wine or revel in the hipness of their craft beers and walk away.

I have been dealing with the detritus of a family torn apart by a man who grew up not drinking, went to a family reunion, and was told by his CHRISTIAN in-laws that there was nothing wrong with alcohol. He was half ridiculed for his upbringing and he decided, “why not?” His life hit the skids that day because he couldn’t handle it. He is an alcoholic and his life and family are swirling the bowl, all because of a pastor and some believers who convinced him that alcohol was a gift from God.

Yeah, I know. It wasn’t the alcohol, it was his lack of self-control. It was his abuse. I get it. But if he’d never taken that drink, he wouldn’t be an alcoholic now!

I minister in villages in southern Senegal and it is hard to find a man there who is sober enough to have a conversation with sometimes! I was there with Bart Barber one time, and I remarked that spending much time in the Casamance might turn even the most passionate moderationist into a hardened prohibitionist. When you see what alcohol does to these men, it is hard to be neutral.

I can hear it right now.

Please note, I didn’t say anyone was sinning by consuming a glass now and then. Let me be clear what I am saying.

I hate the stuff. I don’t understand the passion some of you guys have for it. I only see the families destroyed, the lives lost, the devastation, detritus, and destruction wrought in the lives of the people I minister to by this stuff. I don’t see the joy of it.

So, you don’t have to justify to me why you use it, but I would say a few things.

1. Be careful about trumpeting your love of alcohol.

Some seem to make the acceptance of alcohol a crusade. I was called a sinner yesterday because I posted something similar to this (a little less forceful, actually). Because I expressed my disdain for alcohol I needed to repent of my sin.

I understand the desire to confront those who twist Scripture to impose non-biblical prohibitions. But the passion that some people have for alcohol baffles me and I think it is unhealthy. If you enjoy alcohol in moderation, that is your business, but offending others and potentially leading someone who cannot handle it to take up drinking seems unwise.

2. Remember the OTHER SIDE of freedom in Christ.

Yes, we are free in Christ in areas where the Bible gives neither command nor prohibition. Paul made it clear, though, that while he’d eat a good steak even if it had been sacrificed to an idol, he wasn’t going to post it on Instagram to annoy the Judaizers.

Those who are free in Christ can follow their conscience under the Lordship of Christ, but they cannot act in a way that is unloving. Paul says that he is willing to neither eat or drink if that will cause someone else to sin. Our freedom is limited by the good of others.

I am not talking about yielding to prohibitionists with their extra-biblical rules, I am talking about being careful about how your actions affect others.

3. While you celebrate this “gift of God” don’t forget the works of Satan.

I will admit, I’m baffled by the “gift of God” talk. I see the verses, but that’s a struggle for me. I just can’t drink alcohol and consider it a gift of God. You do you, that’s not me. But the old appellation “demon rum” has been well evidenced during my four decades of ministry.

Perhaps alcohol can be a gift of God to make the heart merry, but I’ve got Jesus to do that, and a family, and friends. I’ve got grandkids who make my heart merry – I don’t need booze. I have the NEW YORK YANKEES! Who needs alcohol when you can watch Aaron Judge, Gary Sanchez, and Gleybar Torres launch home runs. Come to think of it, Bart Barber may want to take up alcohol this October! Even if the Yankees lose, alcohol isn’t going to soften the blow. I don’t need it and I don’t want it.

But I have seen the path of destruction it leaves as it blows through families. When you get to the heart of family problems in your church, if you dig deep enough, you will find alcohol (or pills, perhaps) at the center of many of them. This “gift” has become a tool of Satan.

Be careful about how you clink your glasses, my friends.

Here’s my bottom line. I am not telling you what to do, I’m just saying I loathe the stuff. It smells gross. I can’t see a single benefit I would gain in my life from it. And I’ve seen a LOT of damage in the world where I minister from it. So, you live under the Lordship of Christ and give account to him, but I’d ask you to watch how you exercise your freedom. I am going to continue to hate the stuff.

You know…the least of these.

[Editor’s Note: This post was written by Dave Miller at SBC Voices. He deleted it from his website after it received negative attention. So…we re-published it mostly to annoy him] 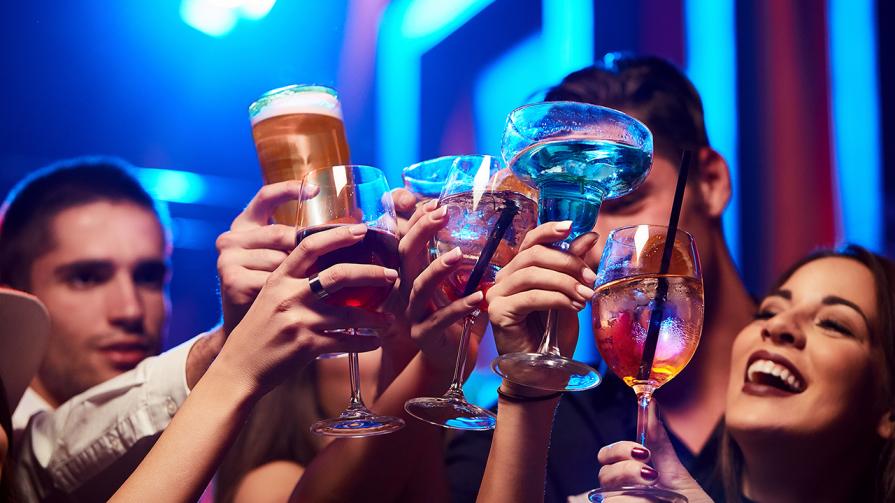 Despite Resurgence in ‘Christian Drinking,’ Majority of Christians Still Abstaining from Alcohol