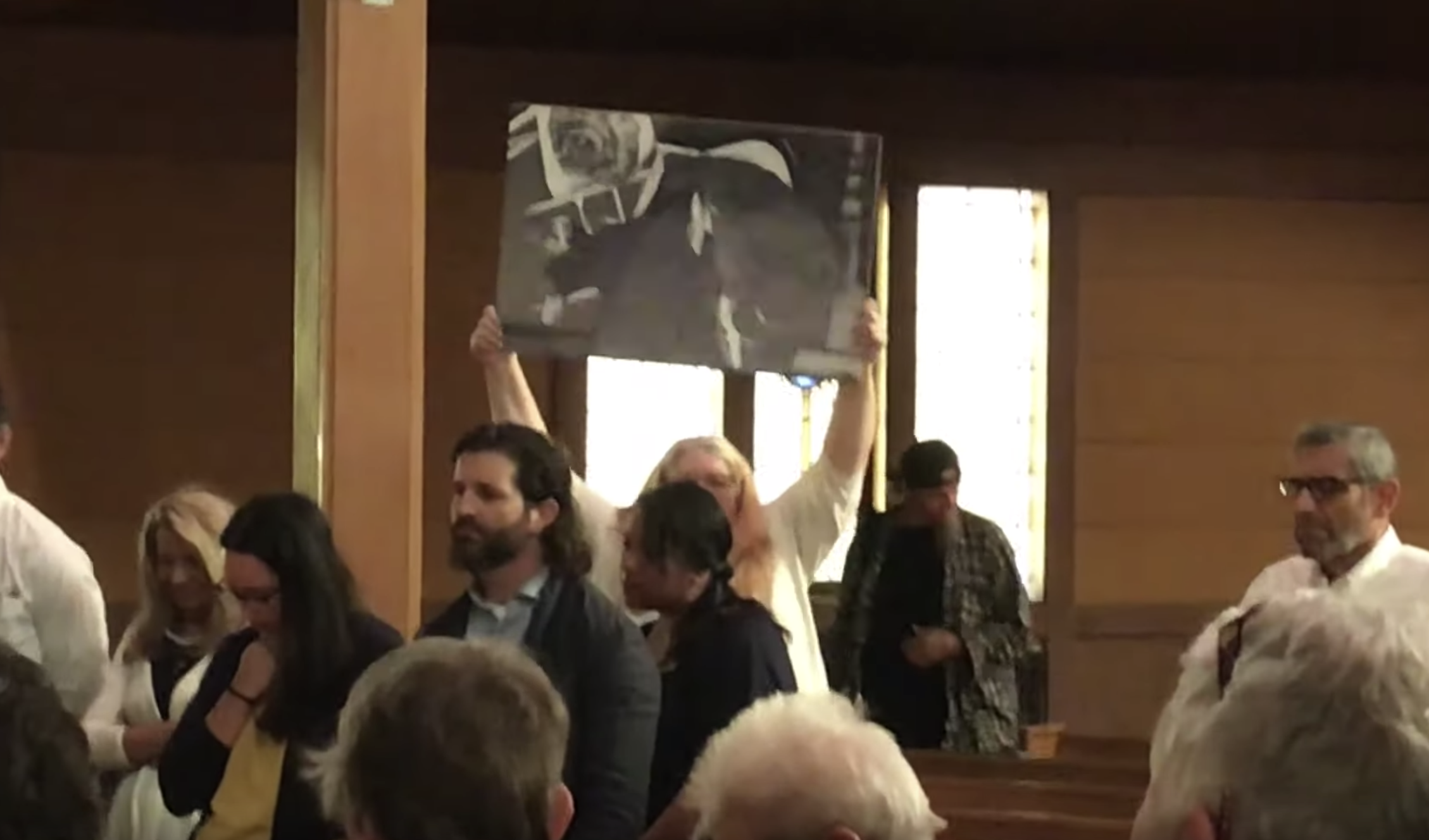 Video has surfaced of traditional and conservative members in a Roman Catholic ‘Church’ in Portland being harassed and protested in the middle of their church service by their liberal counterparts. Their new priest had cut “inclusive” language from the liturgy and resisted liberalism, so they protested their own church from both the outside and inside.

We’re not yet ready to call them Protestants.

As a Marxist, Globalist, and Universalist Pope reigns from the Anti-Christ’s throne in Rome, traditional Catholics are finding themselves under assault by liberal Catholics who are more attune with Francis than other Popes before him.

Fr. George Kuforiji from Nigeria was just concluding the Mass on June 20 at St. Francis of Assisi church when protesters from within the church began to hold up signs demanding “inclusion” and rattling tambourines to frazzle the priest and disturb the services.

One particularly vocal protestor said, “We are following the voice of Jesus, of love. Jesus of inclusion. Jesus of resisting the authorities because when we resist the law, we are in the Spirit of God.”

Of course, it is not Biblically substantiated that Jesus broke any human ordinance whatsoever, save for a misunderstanding of Sabbath law held by the Pharisees. In fact, Jesus law-keeping is what made the false accusers and perjurers to be present at his trials, because they could find that he broke no law (Luke 23:4). Two places in the pastoral epistles (1 Peter 2 and Romans 13) require Christians to keep human ordinances.

Protestors complained that they had been “abused” by the priest, using the language of Victimology. By this, they went onto explain that the priest would not “dialogue” with them to their liking.

According to LifeSite News, the changes that the priest made included referring to God as “he,” throwing away pictures of homeless people that adorned the sanctuary, and throwing away a rainbow-colored drapery.

Social Justice is invading all segments of world religion, including both evangelical Protestantism and Roman Catholicism.

Update on Ravi Zacharias Health: The End is Nigh