A secret plot from within the United Methodist Church to intentionally divide the denomination over sodomy has now been revealed. More than a dozen influential United Methodists met privately in Indianapolis to decide how to best divide up the denomination between those who embrace sodomy (mostly those within the United States) and those who don’t embrace sodomy (mostly those in Africa).

Unlike most denominations, the United Methodist Church is a global body consisting of people from different countries and continents. Because the UMC surprise rejection of sodomy at this year’s annual conference in St. Louis that was caused by the anti-sodomy African vote, the Caucasian-heavy UMC contingent in America has been increasingly hostile to their dark-skinned brothers from Africa.

Worried that sooner or later the denomination would fully embrace sodomy, even more so than most of its American churches already have, the closed-door meeting was held to determine the best way that “conservatives” could leave the UMC and still retain some of its property and resources.

With such a close vote in St. Louis and the liberals already scheming for their next meeting and are wanting desperately to approve of sodomy denominationally-wide, they know the clock is ticking on an inevitable split.

Keith Boyette, the president of the Wesleyan Covenant Association (a more conservative contingent in the UMC) said, “We began by asking, ‘If a separation is going to occur, how might it occur?'”

Leading the contingent of five conservatives, Boyette met with Kent Millard (President of United Theological Seminary) who brought with him seven liberals. The two parties discussed how to divvy up the pie of UMC resources.

Darren Wood, the pastor of the church where the plot was unhatched, said, “It’s a practical plan that promotes peace and fairness.”

The plan would not dissolve the United Methodist Church but instead would create a new denominational-type organization for conservatives.

Ironically, the plan would require United Methodist Church to change their name, in exchange for allowing a change to the UMC rulebook, removing anything negative about homosexuality.

Under the plan, regional conferences could decide which Methodist organization – the old liberal one, or the new conservative one – they could align with. This would also go for the international bodies that comprise the UMC, like the anti-homosexual Methodists from Africa who the American UMC liberals desire to segregate from the larger body.

Revelations of the plot written about at RNS, Baptist News Global, Charisma News and other online news outlets, show that the ‘movers and shakers’ of the UMC already know that a split is coming over sodomy, and are trying to find the most amicable way to divide the devil’s resources. 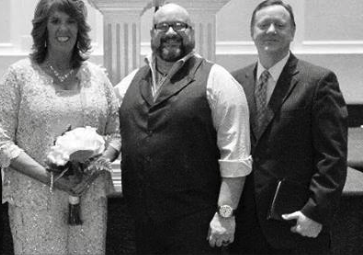