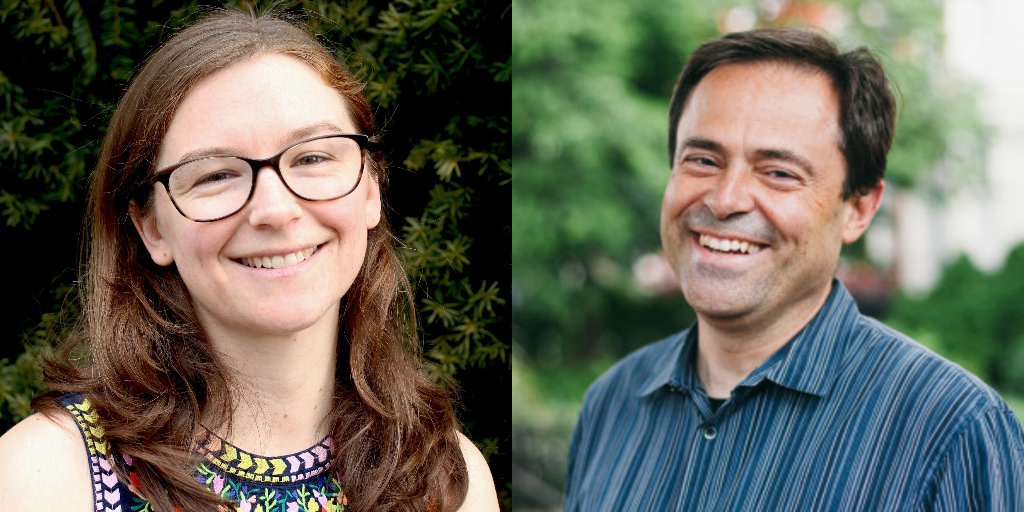 In our previous post on Gilson, who’s slated to speak at an upcoming event hosted by The Gospel Coalition’s Women’s Training Network in September, we revealed the most recent gay-affirming remarks from the lesbian speaker (she’s married to a man, but says she’s not attracted to men). We provided the audio and full quotation for context in that post.

The Gospel Coalition’s contributing author and speaker, Rachel Gilson, recently preached that you can be a faithful spouse in a non-traditional marriage, as we reported in the post, Gospel Coalition Writer/Speaker Comes Out in Full Support for Gay Marriage? Some argued that she wasn’t as pro-gay-marriage as her comments implied, but audio we’ve uncovered from the 2018 Cru Conference demonstrates Gilson’s view – in her own words – that because God hates divorce, it’s okay for gay couples to stay married.

Joe Carter, editor at The Gospel Coalition, doubled-down on support for Gilson and claimed her views were distorted. He also used the opportunity to call those who work with this publication “apostates” and “cultists.”

Those who write for Pulpit & Pen must subscribe to an orthodox Confession of Faith, adhere to this belief statement, and be members in good standing of local New Testament churches. While Carter claims that we have abandoned Jesus and have rigid political views, Carter recently called for the impeachment of President Trump and is not known to have ever called anyone, except discerning Christians, “apostates” or “cultists.”

As bad as Gilson’s comments were in 2019, they were even worse in 2018. Unfortunately, few noticed exactly how bad this message was, or that in it several options are presented to ‘gay Christians’ for how to remain in gay marriage. This sermon from Gilson was given on December 30, 2018.

Sounding like a stereotypical female ELCA lady pastor, minus the characteristic rainbow-splattered stole, the androgynous woman in hornrimmed glasses stood on stage and began her talk with the tired old allusions to God that gender-benders always break out, regarding God’s nurturing side and what some perceive to be feminine characteristics to the Almighty.

Although Gilson’s entire talk was deeply disturbing and gay-affirming at almost every juncture, it was around the 59-minute-mark that Gilson let her endorsement of (some) gay marriage slip.

After a bit of build-up, Gilson said, “It’s not like if someone in a same-sex marriage comes to know the Lord, it’s like, ‘Okay, what we’ve got to deal with first is your same-sex marriage’…”

Most pastors probably would put ‘your gay marriage’ on top of the list of things to address for new believers, even though Gilson sees it as just a shrugging matter.

She then urges Christians not to judge or condemn gay unions.

Gilson said, “I’ve known some people who’ve decided to stay in that relationship legally, but to live celibately, to break off having sex. That has happened with some couples who both came to Christ.”

We doubt there’s ever been a gay “Christian” couple who have remained married and living together who were “celibate,” and saying so either demonstrates an incredibility naivety regarding human behavior or is an intentional subversiveness. No one with any common sense regarding human depravity or homosexual behavior really believes that.

Because Gilson, like others at TGC, deny the power of God the Holy Spirit to change the hearts of sinners, she presumes that He will not make a homosexual into a ‘straight’ person (she says so in the talk we wrote about here). And because God can’t make a homosexual ‘straight,’ there’s no reason to be single in order to wait for the spouse God would bring you. After all, Gilson says, God never demands that you be ‘straight’. And just like that, with the endorsement of a TGC contributor, gays can remain married and keep themselves off the heterosexual marriage-market altogether under the devil’s lie that God won’t change them.

“I’ve known some couples where one person came to Christ and to honor the Lord, he needed to be celibate [remaining married] and his husband decided to leave him.Paul talks about this reality in 1 Corinthians 7, sometimes if a spouse comes to know the Lord, the other spouse can’t abide it leaves and that person is free.”

Of course, Paul was not addressing “gay marriage” (because there’s no such thing) in 1 Corinthians 7. Surprisingly (or perhaps not so), clear exegesis doesn’t seem that important to egalitarian, militant-feminist, lesbian, SJW preachers. Who would have thought, right?

Here, Gilson gives approval to what is essentially gay missionary marriage:remaining married to a gay spouse in order to win them to Jesus. To teach that, you first have to presume that ‘gay marriage’ exists in God’s eyes the same way as actual marriage does. It doesn’t.

Gilson then laments the “divorce” of gay couples who are “married” saying, “God hates divorce, he does. It breaks that image of marriage just as surely as anything else.”

We kid you not. She said it. And we’re the apostates and cultists, according to Joe Carter?

Watch the video. We would encourage you to watch the entire thing, but at about the 59 minutes mark you’ll find what we’ve described above. 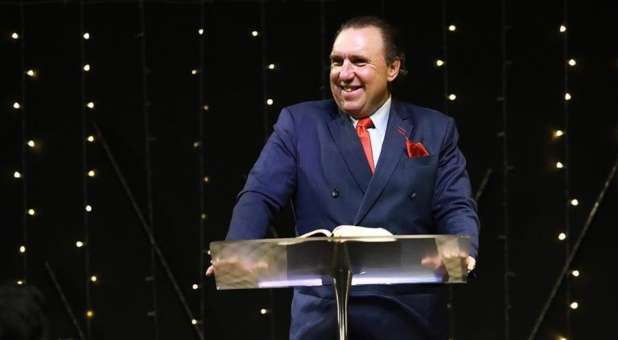 I Was Assaulted by Rodney Howard Browne’s Church-Goers, But Even I’m Against His Arrest