[Tristan LeJeune | The Hill] Jussie Smollett has found a defender in Rep. Maxine Waters – the California Democrat says dropping felony charges against the “Empire” actor was the right move.

“It’s the correct thing that the charges were dropped,” Waters said in a Sunday interview with “Extra” at the NAACP Image Awards. Waters was honored with the Chairman’s Award, while Smollett was nominated, but lost, for his work on the Fox series.

“First of all, we probably will never know all of the details. We’ve heard a lot of information,” said Waters. “No one was hurt – that is, physically, killed, shot – he never committed a crime before, he forfeited the bail and it’s this kind of situation where they close the case all over the country every day. I have learned this isn’t unusual.”

The 36-year-old performer had been charged with disorderly conduct for allegedly filing a false report after he told Chicago police in January he was the victim of a racist and homophobic attack.

Smollett had said he was assaulted by two men who beat him, placed a rope around his neck and poured an unknown chemical substance on him as they yelled racial and homophobic slurs. He later told authorities that the two alleged assailants also shouted the pro-Trump phrase, “This is MAGA country!”

Last month, Smollett was indicted on 16 felony counts by a grand jury in Cook County, Illinois, with Chicago police saying he had orchestrated the attack on himself to boost his “Empire” salary.

But in a widely unexpected and controversial move, prosecutors there dropped the charges last week. Smollett has maintained his innocence.

[Editor’s Note: This article was written by Tristan LeJeune and originally published at The Hill. Title changed by P&P.] 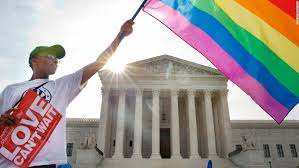 Should a Complementarian Speak with Lady Preachers?