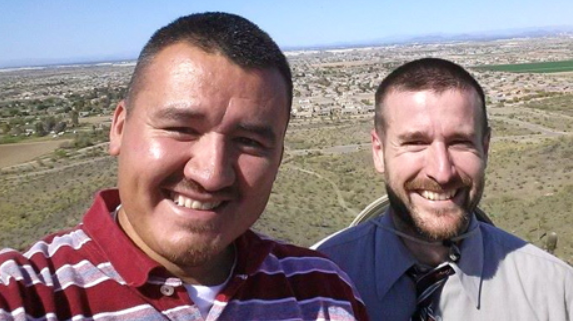 [Christian News Network] FORT WORTH, Texas — The leader of a professed church in Texas affiliated with Steven Anderson’s Faithful Word Baptist Church in Arizona, who spoke positively of the deaths of 49 people in the 2016 Pulse homosexual nightclub massacre, has resigned after admitting to being involved with prostitutes, gambling and drugs.

Donnie Romero, who led Stedfast Baptist Church in Fort Worth, announced his resignation before his congregation last week. The video of his tearful statement was posted publicly to the Stedfast Baptist YouTube page on Jan. 2.

“I haven’t been ruling my house well. [I’ve] been a terrible husband and father,” he said. “[I’m] the one at fault in this situation. My wife and my kids, they’re not to blame.”

“I’m very sorry for the hurt this may cause people, the discouragement. I’m so sorry,” Romero stated. “I love you guys. I wish I wouldn’t have let it get to this point.”

Anderson spoke following the announcement, outlining that Romero is disqualified from leadership, and asked those gathered not to “rub his nose” in the matter or to attempt to contact Romero’s wife to obtain the details of the situation.

However, he also published a separate video to his personal YouTube channel the following day, outlining that “the major sin involved was being with prostitutes, and then there [was] marijuana and gambling that were also discovered.”

Anderson said that he did not provide the information during the service, in part, because Romero’s wife and children were present, and he also wanted to give the people an opportunity to process the initial “bombshell.”C

But he outlined that he believed “the right thing to do” was to be transparent about the matter because Romero was in a “public position of trust.”

“I found out about it on Monday, and I confronted him and intervened and then basically stepped in and tried to help the church get through this,” Anderson further outlined to the Star-Telegram. “Churches frequently just cover things up. That is wrong. It’s sad how it makes Christianity look bad and Baptists look bad, but it’s not right to cover this up.”

All videos featuring Romero, other than his resignation, have been removed from Stedfast Baptist’s YouTube channel. Recent video clips had been entitled “Who Will Be Thrown Out of Church,” “Rejoicing Over the Death of the Wicked,” “Destroyed by Manipulation” and “Jezebel and the Feminist.”

Romero had been interviewed in 2016 by local television station Fox4 over concerns relating to remarks expressing satisfaction with the deaths of homosexuals killed in the Pulse nightclub massacre, and his wish that more would die.

“These 50 sodomites are all perverts and pedophiles, and they are the scum of the earth, and the earth is a little better place now,” Romero said. “And I’ll even take it a step further ’cause I heard on the news today that there are still several dozen of these [bleeped out] in ICU, in intensive care, and I will pray to God like I did this morning—I will do it again tonight—I will pray that God will finish the job that man started.”

When interviewed about the matter, he held to his stance, stating that he believes all homosexuals are pedophiles.

“Just like if there is a building that had a bunch of rapists, or a bunch of evil, murderous people, and the building collapsed on them or something happened where they were all killed, I don’t think that is something we should mourn over because they are evil people,” Romero said.

[Editor’s Note: This article was written by Heather Clark and first published at Christian News Network, title changed by P&P]

Colleges Across U.S. Are Requiring Tampons Be Provided in Men’s Restrooms