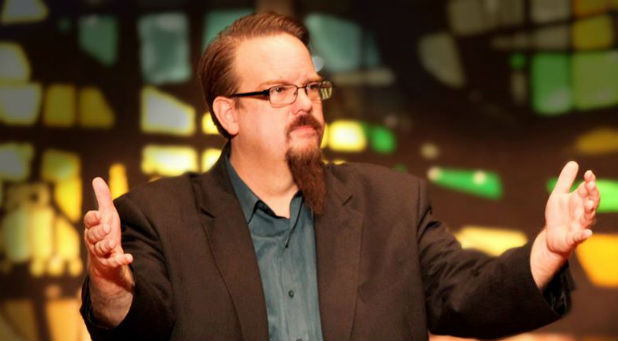 One hundred “evangelical leaders” have taken out a full-page advertisement in the Washington Post. While paying for space to complain about the Commander-in-Chief doesn’t seem to be the most practical way to voice their lisping convictions, it makes sense, as most of the signers aren’t leaders in local churches, which would seem to be the most logical place for evangelical leaders to voice their thoughts. No, these signers are the Evangelical Intelligentsia, who mostly work for 501(c)3 think tanks, parachurch “ministries,” colleges, institutions, and include a few freelance writers of religio-romantic devotional books.
The list seems diverse, what with different ethnicities, genders, professions and denominations represented. I assure you the list is not as diverse as you might think; it is a relatively large sampling of a small club of insiders among the Intelligentsia class of cultural commentators. They’re those who are regularly asked for their opinion by the Christian Mainstream Media, like Christianity Today, for example, which long ago got the monicker Christianity Astray from discerning evangelicals (they lost me when they let a lesbian talk about her masturbatory habits and compare it to worship of Jesus). These are the type and kind who support classical religious liberalism and strike at the heart of inerrancy, belonging to boards of sub-evangelical organizations like the Darwinian Bio-Logos (paging Tim Keller, a signatory and social-justice proponent who thinks that whitey is becoming too secular). These are the type and kind of Evangelical Intelligentsia who write novels about theoerotically making love to God and who tweet nonsense phrases that only the Intelligentsia can decipher without injesting mushrooms or wearing a decoder ring. These are the types of evangelical leaders who drink $8 dollar coffee with their pinky stuck out, typing out pithy bumpersticker slogans on twitter from their gold-plated MacBook Pro, right before they head out to suffer with the poor in spirit down at the megachurch’s Family Lifestyles of the Rich and Famous Center.
These are not “evangelical leaders” and to demonstrate that, we need look no further than the wholesale rejection of their whining, lecturing, namby-pamby, bleeding-heart, temper-tantrum they had during the primary and general election of 2016. The signers on this list used every ounce of their credibility and popularity to finger-waggingly shame pew-sitting church goers who might vote for a candidate not named Hillary Clinton. They have perpetuated the myth that they are smarter than us, more educated (in a good way), more highly enlightened, probably better bred, and certainly more virtuous, and only if we could attain their level of spiritual sanctification, we too could throw a crying hissy fit every time a conservative president elected in spite of their protest does something he promised to do.
I’m sorry (or maybe not), but every time I see Ed Stetzer – who promoted and sold every form of doctrinal apostasy known to man while VP of Lifeway Christian Resources – be presented as a professional advice-giver at some Intelligentsia-inspired conference designed to help evangelicalism when all he has been is a heresy-dealer and false-doctrine pimp, my head wants to cotton-picking explode. Most of these so-called “leaders,” like Stetzer, helped created the problems that they now lament, and act like they are the Messiahs we’ve been waiting to lead us out of Canaan. You can’t sell superstitious tripe like The Mystery of the Shemitah and Four Blood Moons and then lecture us to become more intellectual, Ed. But, such is the caliber of men who have taken out the advertisement to spew their unsolicited, precious little, ill-informed opinions.
If anything, the way that evangelicals have flatly ignored the signers on this list when they actively campaigned against Trump with their snobbish sub-tweets and Facebook protests demonstrates that they don’t have followers, at least who listen to their political opinion. And without followers, you’re not a leader. Then, we have signers like a popular female novelist, Ann Voskamp, who seems to be a desperate housewife with a creepy romantic crush on God. Then there’s Max Lucado, who during the primary went on Glenn Beck’s program to explain why Trump wasn’t a Christian, and never saw the irony of discussing the topic of “authentic” Christianity with a Mormon. So, forgive me if I give the entire list of evangelical “leaders” a world championship eye-roll and throw it into File 13.
The advertisement itself is as shallow and devoid of doctrinal substance as is the signatory list. It says…

“As Christian pastors and leaders, we are deeply concerned by the recently announced moratorium on refugee resettlement. As Christians, we have a historic call expressed over two thousand years, to serve the suffering. We cannot abandon this call now.”

They’re acting like they are making some kind of brave, dangerous stance like an abolitionist in antebellum Georgia or something. The fact is, the advertisement is nothing but a cheap applause line and an enticing catcall to their compatriots in the Huffington Post religion column and Sojourner’s Magazine. There’s nothing risky in their stance whatsoever; it is popular, and they’ll be applauded in their champagne and caviar dreams when they go to bed tonight.
Likewise, there is no “historic call” in the annals of Christendom that would prevent a sovereign nation state (like the kind God instituted for ancient Israel, with its own well-defined borders and walls around the capital city designed to keep out the alien) from enforcing or creating immigration policy. Furthermore, where in the name of Mr. Evangelical FancyPants were the signatories when President Obama issued a moratorium on Iraqi immigration for six months (longer than Trump’s) in 2011? I’ll tell you where they were. They were off getting manicures or whatever six-figure salary “charity” leaders do when they aren’t getting high-fives from social progressives.
The advertisement recognizes the government’s “crucial role” in keeping the country safe and setting the terms on refugee resettlement, but simultaneously demands what is essentially a nation without any restrictions on immigration. The signatory snowflakes need to be told, “You can’t have it both ways, buttercup.” While the signatories and their advertisement waxes poetic on the spiritual implications of “Love thy neighbor,” they have absolutely zero understanding that we have to love our whole neighborhood. Simply put, these are people better off writing theoerotic books than creating immigration policy.
Ed Stetzer told CNN, “We see a lot of statements from people saying they’re evangelical leaders, but that most evangelicals don’t recognize…These are key evangelical leaders, with names recognizable to most evangelicals.”
Behold, the arrogance of the Intelligentsia. I suppose Ralph Reed, Franklin Graham, and Robert Jeffress aren’t names recognized by “most evangelicals.” I don’t think most evangelicals care what the names on the signatory list think, and the fact that Donald Trump was supported by most evangelicals over the sound of their whining protest proves it. 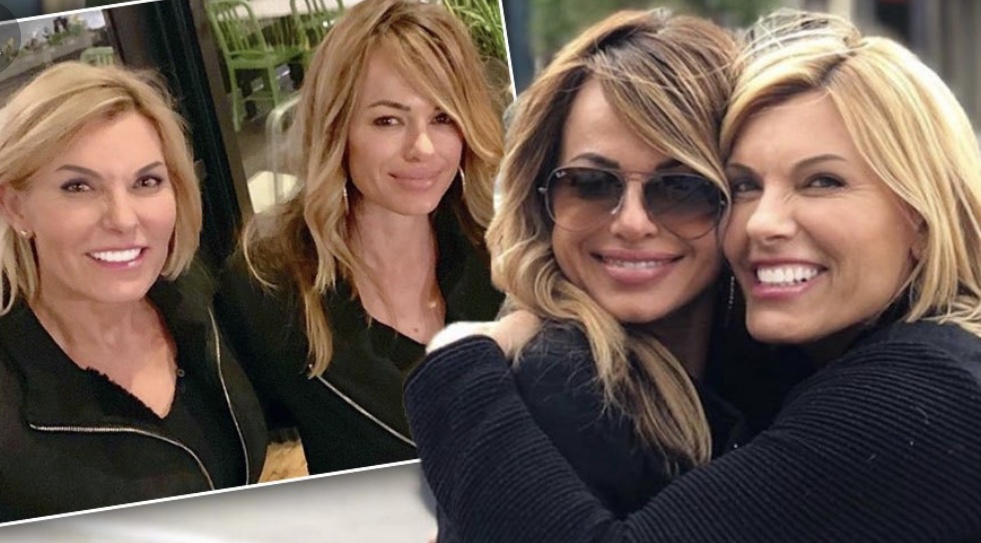 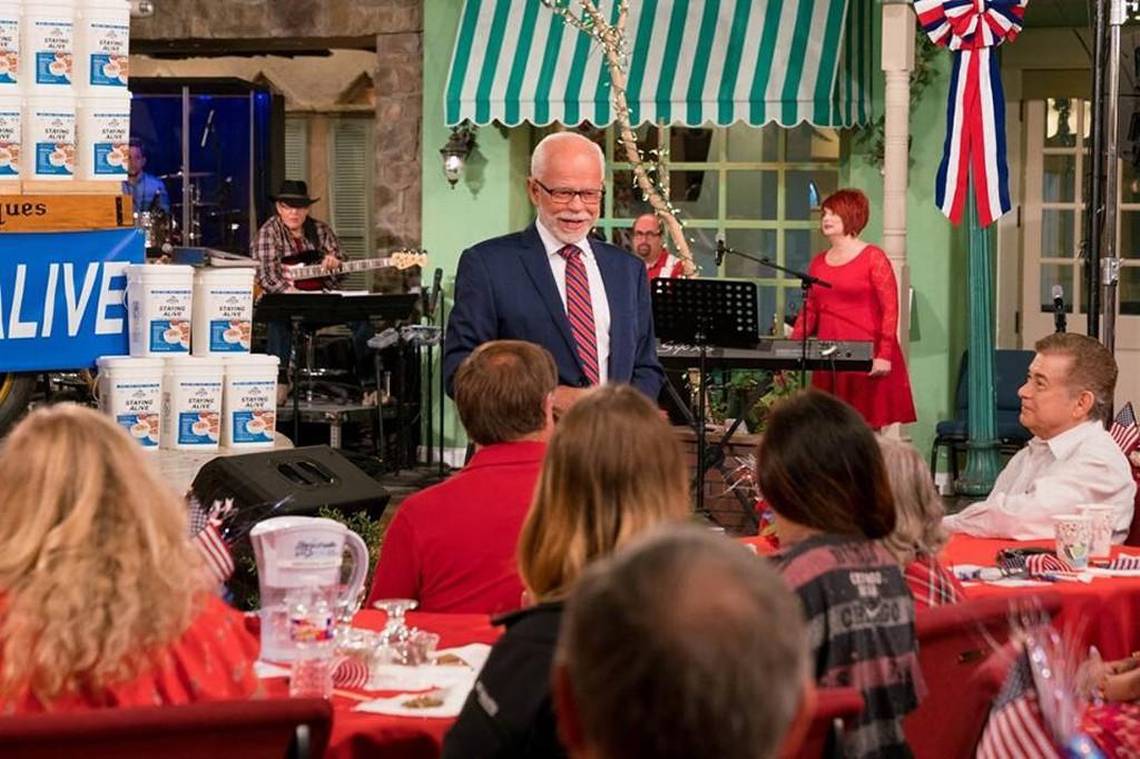 Welcome to California Exhibit A: “The Homeless Industrial Complex”