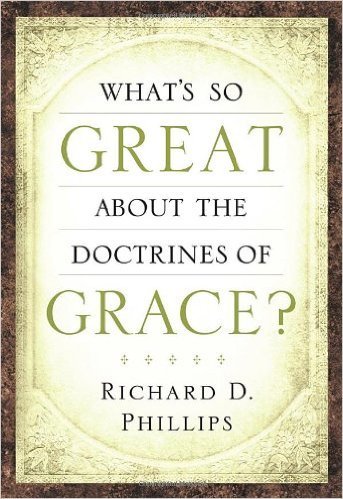 “It is no novelty, then, that I am preaching; no new doctrine. I love to proclaim these strong old doctrines, that are called by nickname Calvinism, but which are surely and verily the revealed truth of God as it is in Christ Jesus.” —Charles Spurgeon

One of the truths I’ve always held to, and one which, if you disagree, will likely find unpalatable, is that television serves as the greatest enemy of the thinking man. I have reasoning for this, not Scriptural, but scientific.  Television was invented relying on the then “new” technology of the vacuum tube. My simple logic about the intellectual perils of television is drawn from the physical reality, then, of the vacuum.

What happens if you stick your head in a vacuum? Right. Your brains get sucked out. I tend to view television viewing in the same way. No doubt Groucho Marx was alluding to the same notion when he said, “I find television very educating. Every time somebody turns on the set, I go into the other room and read a book.” (Can I get an “amen” from anyone? LOL)

I recently read a book which, because of its brevity, – it’s only 97 pages long – nicely occupies the reading time afforded by an hour-long television show. It’s a text that I’d like to recommend.

Written by Richard D. Phillips, What’s So Great About The Doctrines of Grace? came my way as the result of a $5 Friday purchase from Ligonier Ministries. I was unfamiliar with both the book and the author, who, according to the flyleaf is an M.Div graduate of Westminster Theological Seminary and serves as Senior Minister of Second Presbyterian Church in Greenville, S.C.   The book carries the favorable endorsements of Steven Lawson, Sinclair Ferguson, and Derek W.H. Thomas, themselves worthy authors and defenders of Calvinistic soteriology.

Phillips’ book, following an introductory chapter discussing the fundamental doctrine of the sovereignty of God, commits a chapter each to of the five points of Calvinism.   Following the T.U.L.I.P structure, he gives a clear summary of each point, supported by Scripture (as they all are, of course) and gives some insight into why each of them is “so great” in the life and faith of the believer.

“To love the doctrines of grace is to love God as He has revealed Himself in His Word.”  Richard D. Phillips

Since the book is not intended to be an exhaustive theological analysis of these Biblical doctrines, but rather a helpful encouragement to its adherents, it does a wonderful job of explaining the importance of God’s grace in each step of conversion. It is a correct understanding of this saving grace that, as Ferguson describes in his endorsement, is fundamental in “shaping Christians’ attitudes toward God, themselves, the present life, and the life to come.”

The author gives, in the preface, his twofold intent for the book. “The first is to explain the doctrines of grace, also known as the ‘Five Points of Calvinism,’ through the exposition of Scripture.” Again, given the brevity of the book, these summaries are pithy, pointed, accurate, and well described. They would serve well the believer who may be new to these doctrines as well as helping those who adhere to Reformed soteriology by giving helpful explanations they may find themselves in need of when explaining or “contending” for the faith with detractors. Phillips does, for each point, provide exacting Scriptural responses to Calvinism’s detractors who cite their own “proof texts” in defense of an Arminian view of salvation. He does this with a respectful tone, but summarily and Scripturally detangles the frustrated exegesis of Arminianism’s presumed Biblical evidence against Calvinism.

“The second purpose,” writes Phillips, “is one that I find often neglected in treatments of distinctive Reformed doctrines, though to my mind it is equally important. This purpose is to help believers feel the power of these precious truths in their lives. In other words, I aim not merely to teach the doctrines of grace, but to show what is so great about them.”

Phillips’ book does give the believer pause to consider the majestic wonder of our grace-driven salvation not merely as some theological abstract, but one which draws us into distinctly greater awe and reverence for the holiness of the sovereign God to whom salvation belongs.

For example, in dealing with the often misunderstood and regularly maligned (even by some Calvinists who treat it as the “black sheep of the TULIP family) doctrine of limited atonement, Phillips says, “I am writing to praise the doctrine of limited atonement because it so exalts the cross of Jesus Christ.” The impact of this exaltation of Christ’s atoning work that is given preeminence in Scripture should also be preeminent in our life as a believer.

He writes that “if we grasp how personal in its application and how efficacious in its effects is the cross of Christ, we will find solid ground for our assurance of salvation. There can be no assurance if the ultimate cause of our redemption is found in ourselves.”

“If God requires of the sinner, dead in sin, that he should take the first step, then he requires just that which renders salvation as impossible under the gospel as it was under the law, since man is as unable to believe as he is to obey.” —Charles Spurgeon

“It is when you realize that even your faith is the outworking of Christ’s saving death for you, by the electing will of the Father, as applied by the Spirit, that you know the solid ground on which your salvation stands.” Phillips gives encouragement that, unlike Arminian theology in which the atonement is “unlimited in scope” but “limited in terms of efficacy,” the doctrine of limited atonement gives the believer confidence in Christ’s work on their individual behalf.

“We praise God that we are not required to earn what Christ has done for us, for we could never do it.” Christ did not die for merely a principle, nor for a cause, nor for the possibility of salvation of men who might, by their unaided will, choose to take His gift.   He died, going “with joy” (Hebrews 12:2) to the cross before Him, because He was saving actual souls. “He died for me.”

What’s So Great About The Doctrines Of Grace? is a genuinely helpful resource and an enjoyable read. Phillips has given to us both a useful, easily-understood apologetic for Reformed soteriology and a gem that prompts the believer to gratitude for what God has done. His encouragements help kindle the believer’s love for the Savior.

I’d recommend this book to anyone seeking an understandable explanation or introductory overview of Calvinism. It’s also valuable for the Calvinist to frame their own defense of these doctrines, and, especially, to prompt praise for the divine mechanisms of grace that have reconciled us to our Holy, Sovereign God.

(… and, as for television … well, it’s just hard pressed to deliver anything as “great” as the doctrines of grace!) 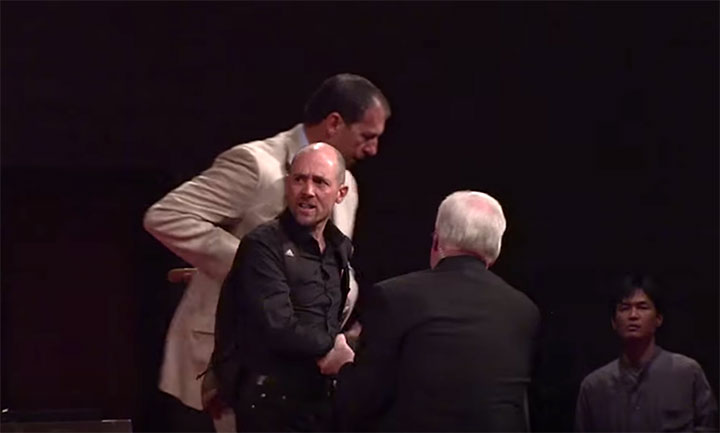 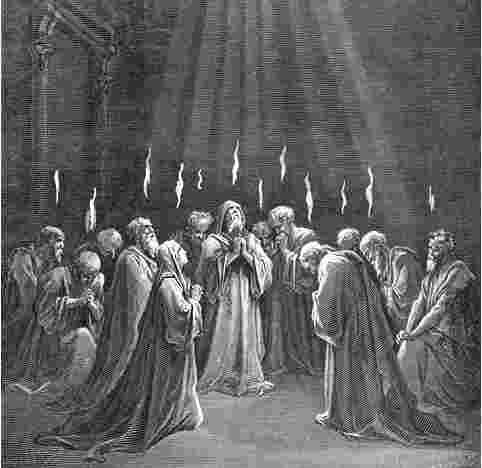 Tongues: The Final Word … Was Not Ecstatic Gibberish