90 Minutes in Heaven is a 2004 book written by Don Piper that has become widely popular in Christian circles and is a part of the Heaven Tourism genre. Piper claims to have had a “near death experience” in 1989 and has told the story in the best-selling book and in a film by that name in 2015. Essentially, Piper claims to have seen Heaven, which would put him in the company of three Bible figures including Paul, John and Steven. The majority of Piper’s book does not deal with his encounter with Heaven, but instead deal with provable, more factual accounts of his rescue and recovery. Approximately 15 pages are dedicated to his tour of Heaven.

HERESIES PRESENT IN THE BOOK

Montanism is the heresy of claiming direct divine revelation outside the Holy Bible. Don Piper’s book is replete with examples of giving revelation concerning Heaven, specifically details about Heaven, that the Scripture does not give. There is no clear or definitive reason, as given by Piper, why the revelations in his book are to be considered any less authoritative or inspired than that of Scripture.

A REVIEW OF THE PROBLEMS

VALUATION – The title of Don Piper’s book, 90 Minutes in Heaven, is a bit misleading since only about 7% of his book is devoted to describing his visit to Heaven. The vast majority of it concerns his excruciating recovery from the collision on I-45. Piper’s recovery process was a very lengthy, and an almost incomprehensibly painful journey; a journey which, to an extent, continues to this day. One cannot help but to feel for him. As with little Colton Burpo, we all rejoice that God spared Don Piper’s life. That having been said, there are several things with Piper’s story which should give the biblically informed reader pause. A number of things stand out.

1 – FIRST – First is Piper’s description of the music. He said that at least part of the heavenly anthem was comprised of songs that he heard while on earth. Carried out to its logical conclusion, this is a troubling statement. Given that Heaven is perfect, the worship in Heaven will also be perfect, pure, wholly pleasing and glorifying to God. It will be inspired – but by inspired I do not mean in an earthly inspirational sense – I mean inspired by God Himself.Perfection comes only from God because only He is perfect. Worship of the perfect God emanating from His perfect angels and His perfected children within His perfect kingdom must be in and of itself just that – perfect. Though the hymns with which we are all familiar are beautiful and many contain sound doctrine, they are not perfect, nor are they inspired in the fullest sense of the term. I am reminded of the words of Puritan preacher John Bunyan, “The best prayer I ever prayed had enough sin to damn the whole word.” In a similar vein, no matter how beautiful we deem the hymns and songs with which we are familiar on earth, they are certainly not perfect and, therefore, are not worthy of inclusion in the heavenly choir.

Especially worthy of notice is Piper’s claim as to what hymns were absent from the heavenly worship; hymns such as “The Old Rugged Cross” or “The Nail-Scarred Hand.” Writes Piper, “None of the hymns that filled the air were about Jesus’ sacrifice or death.” Inspired Scripture tells a different story. The Apostle John records, “Then I looked, and I heard the voice of many angels around the throne and the living creatures and the elders… saying with a loud voice, ‘Worthy is the Lamb that was slain to receive power and riches and wisdom and might and honor and glory and blessing.’”Though we can confidently affirm that these specific songs mentioned by Piper will not be in Heaven for the reason just stated, it is interesting (and more than a little ironic) that what we do know from the Bible of the worship in Heaven is that it, at least in part, will deal with exactly what he claims it does not – the sacrifice and death of Jesus. Contrary to Piper’s claims, the worship of Heaven is Cross-centered, offering to the Lamb praise for His sacrifice.

2 – SECOND – Throughout Piper’s book and interviews there seems to be a lack of theological precision. In a TBN appearance on May 27, 2011, Piper says that one of the people who met him at the gates of Heaven was Mrs. Norris, a lady who took him to church as a child. Said Piper, “Why do you suppose she was there? I’ll tell you why she was there, she helped me get there. She deserved to be there.” Commendable though Mrs. Norris’ actions were, she certainly does not deserve to be in Heaven. That is the entire point of the Gospel: None of us deserves to be there.

3 – THIRD – A Third troubling aspect about Piper’s description of Heaven is one which is characteristic about nearly every extra biblical description of Heaven: they are so…earthy. Piper writes, “Heaven was many things, but without a doubt, it was the greatest family reunion of all” and gives physical descriptions of how friends and family members looked with their now perfect bodies (more on this later). Says Piper, “If you want to look good, Heaven is where you want to be.” He speaks of feeling great love but the love he felt seemed to come from the crowd which greeted him and followed him around, not from God. Unfortunately it seems that many, if not most, of us professing Christians when discussing Heaven seem to speak in terms of it as being a big “family reunion” at which we will see our friends and loved ones who “have gone on before.” While it is true that Heaven will indeed have streets of gold (Rev. 21:21) and will indeed include a reunion with loved ones who died in Christ before us (1 Thess. 4:13-18) and will be free of sickness and disease; these are secondary – at best. The true joy and glory of Heaven is God Himself. He is what makes Heaven Heaven.

4 – FOURTH – Piper makes serious contradictions between his various accounts of his trip. He clearly states in his book that he did not see God. This is one of the more troubling aspects of Don Piper’s alleged visit to Heaven. “90 Minutes in Heaven” in which Piper states in no uncertain terms that he did not see God because, in his opinion, had he done so he “would never have wanted to return,” was published in 2004. In the years since, the overwhelming popularity of the book has propelled Piper into his current activity of traveling around the country, speaking in churches and various conferences, hosting cruises, doing numerous radio interviews and appearing on many television programs to tell his story. It seems that over the years his story has changed in at least one significant way: he now claims he did see God.

On March 29, 2011 my wife and I went to see Don Piper speak at First Baptist Church of Bristow, OK. Having read his book, I was quite surprised to hear him say that, in fact, he did see God ‘way down the golden road up on a hill on His throne.’ This is a huge discrepancy. Wanting to make sure I did not misunderstand, I talked to him after the service and asked him why he said in his book that he did not see God when he now says that he did.

Piper: “I’m telling you now that I did.”

Piper: “I didn’t say I didn’t see Him. I, I, I, I was looking from a distance through the gate. You could see the golden street, you could see the buildings, there are mansions, and you could see a hill with a river flowing down the side of it. …It was just so personal to me and so incredibly difficult to describe (that) I just didn’t include that. And that’s one of the things I did not include. Let me tell you something, I didn’t write the book by myself. I had a co-writer who writes. His name is Cec Murphy. So, there are probably some things in there that he interpreted differently than I did and that may be one of them.”

That one could leave out of a book entitled “90 Minutes in Heaven” such a magnanimous privilege as seeing the Alpha and Omega on His throne is incomprehensible. It is not merely a difference in “interpretation.”This is a big deal. In fact, it’s difficult to imagine anything much bigger than seeing God and equally difficult to imagine leaving such an experience out.This is not just a mere oversight. – (Justin Peters -source)

Please take the time to listen to this clip, so that you might understand the Gospel. 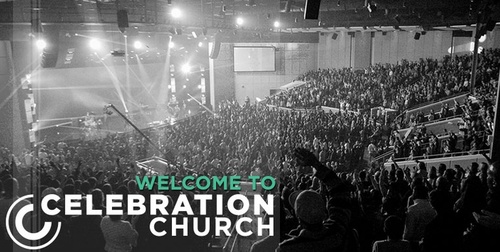 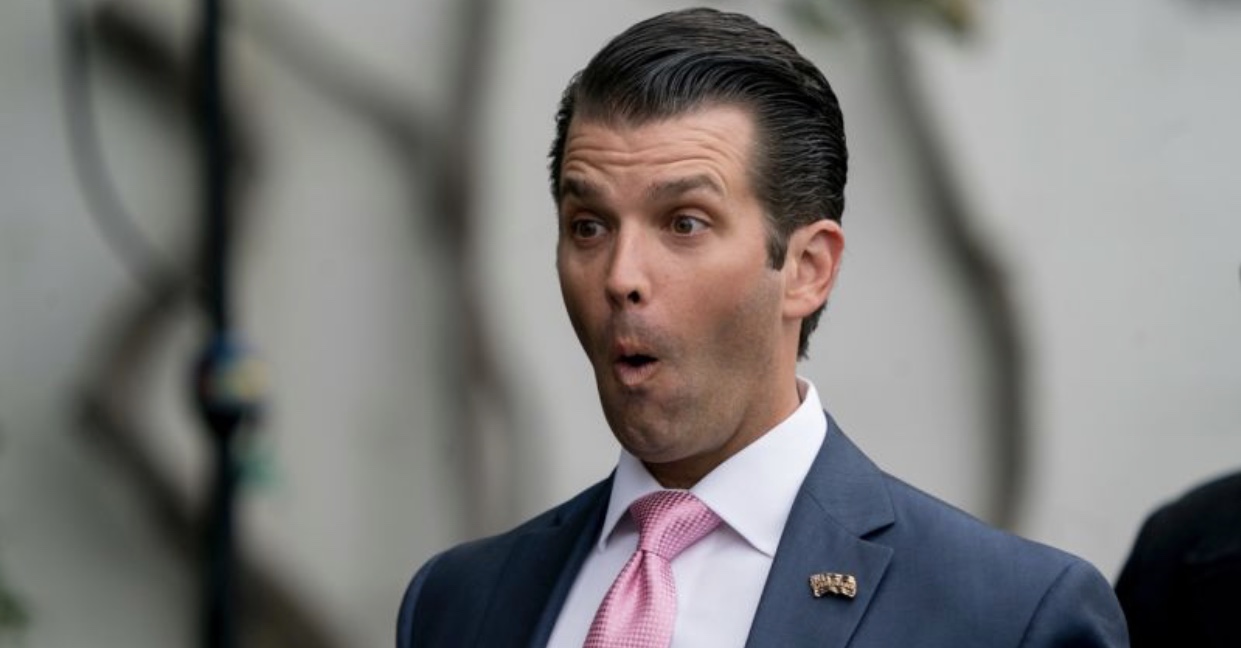 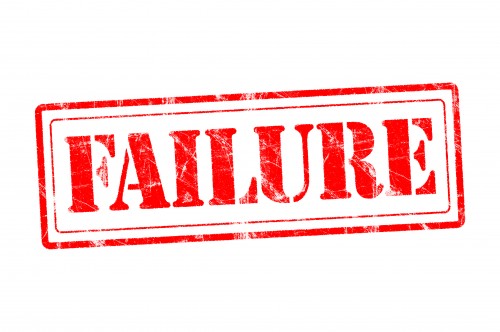