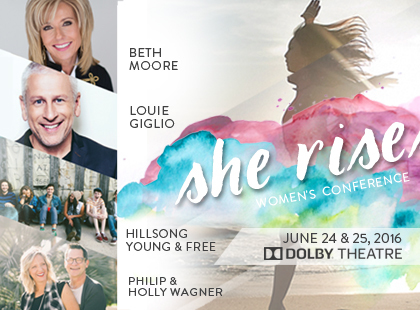 The Southern Baptist Convention’s favorite maven of false teaching and one of LifeWay’s cash cows of illicit doctrine has just wrapped up yet another conference in which the zealous worship of the false god of “unity” was portrayed.  Adding credence, via intentional lack of discernment, to the “HER” in heresy, femme fatale of the faithless Beth Moore was in attendance, aligning with newer, fresher forms of female-flung falsehoods.

This was Moore’s first involvement with this particular festival of falseness, the “She Rises!” conference.  We know right off the bat that it was such a festival as it was hosted by pastrix Holly Wagner.  Wagner is the “co-pastor” – alongside her obviously Biblically-obtuse husband Philip – of Oasis Church in Los Angeles. When you see “pastor” plastered under the photo of a woman, it’s sign number one that Biblical obedience will not be forthcoming. Of course, no conference is complete, either in heterodoxy or savvy millennial marketing appeal, unless some element of heretical Hillsong is involved.  So Hillsong Young & Free provided presumably repetitive lyrical accompaniment to the goings-on in an event that lauds a decidedly different “Jesus” than one familiar to Scripture imbibing believers. Pastrix Wagner, by the way, is also a contributor for Hillsong. In a “She Rises” conference blog, published in May, Wagner issued a sweet-toned appeal for tolerance, unity, and the oft-misunderstood notion of “Christian love,” a form of love that demands zero Biblical discernment.  Regardless of the oozingly sweet “let’s just love on one another” appeal, though, the pursuit of unbridled ecumenical unity emphasizing doctrinal disregard is bonafide disobedience to Scripture.

The blog, penned by Pastrix Wagner, begins with the affirmation of a false premise.  “We all know that unity is essential. “  The premise is false because it erroneously presumes that Christian unity is something we achieve by our undiscerning efforts, rather than something ensured by the Father as Christ prayed to Him in John 17.

Unity is not established by blindly joining hands with someone just because they claim to be a Christian.  Just because they may laud the name of Jesus, we cannot, must not, and ought not automatically assume their “Jesus” is THE “Jesus” of the Christian Scriptures.  The real Jesus warned us about this:

For false christs and false prophets will arise and perform great signs and wonders, so as to lead astray, if possible, even the elect. Matthew 24:24

The greatest asset which the Christian, individually and corporately, possesses is the Gospel.  It is the crux of the “faith once for all delivered to the saints” as Jude wrote. (Jude 1:3)  We must contend for it.

But for Beth Moore, joining Wagner’s discernment-free festival, contending is simply not a task with which she’ll be bothered.  Moore is much too eager to join with anyone and everyone that will buy her a plane ticket, write a nice honorarium check, and give her a spotlight on the stage.  Oh, yeah, it’d be nice to set up a Beth Moore book sales booth outside the conference hall doors, too.

The anything for the sake of unity tenor of She Rises! is further explicit in Wagner’s blog.

We all want God’s blessings on our lives and our churches, and that comes when we walk in unity.  Unity comes when we lay down our ego and our way and prefer the other.

That just sounds so pretty doesn’t it?  It sounds even spiritual.  And, perhaps it would be if everyone being orchestrated submitted to the same proper maestro – the actual Jesus of the Bible.  If He were directing all these folks that seek faux unity, then faux unity would not be something we’d even be seeking – we’d all know it’s a function of His will, not our effort.

But Wagner doesn’t grant to Jesus – the real Jesus – the authority of orchestra maestro.  That’s a job for every leader who must lead boldly, if not lovingly, by … wait for it … vision casting.

At a leadership gathering recently, I was asked this question:  How do we create unity in our leadership teams, especially in teams of very strong people, when you have a lot of strong opinions?

As a senior leader, it is up to you to cast a compelling and clear vision. You tell everyone the ‘song’. It is your responsibility to give the big picture and the time line to reach it. When a vision is clear, it makes it easier for those who serve with you to follow.

The “senior leader,” a title self-clutched by Wagner, is not the only person responsible for the vision.  The little people … err, the “team member” is also responsible.  If you’re one of these folks, “you need to make sure you understand the vision” or, “the song” that the vision caster has queued up for performance.

But, understand, vision casting and vision obedience isn’t merely something in a team driven atmosphere, say, like putting together a conference of false teachers.  Oh, no.  Vision is for everyone.

And for all of us: God commands his blessing when unity is present. That means between our churches as well. We will all do things differently. If we waste time arguing over where we are different — the enemy wins.

There you go.  This vision of unity is an across-churches, doctrine-less diabolical goal.  While the Scripturally-astute reader will recognize in this the false idol of ecumenism, the thousands of Biblically-inept women who attended this conference were fed the false manna of ecumenism by scripture twisting “senior leaders.”  And among them for her gala debut was the SBC’s own debutante of Biblical disregard, Beth Moore.  (Makes you proud to be in the SBC, huh? Sarcasm font obviously implied.)

Much digital ink has been spilled across the discerning web-world in attempts to warn folks about the deleterious risk posed by Beth Moore.  Her undiscerning participation in such a conference should not result is a shoulder-shrugging “so what?” response by anyone concerned about Scriptural obedience.  Moore’s participation is evidence that she does not care about doctrinal distinctions, Biblical obedience, or reflecting responsible alliances to her followers.

Moore’s participation in this festival gave explicit approval to a full-steam ahead disregard for Scripture.  Why?  Because here’s what else the blogged prelude spelled out for the conference.

I heard someone say one time about our church…and they said it in a disparaging way “there are other ways to do church” well…duh! There are thousands — as many ways as there are churches.

Some sing hymns -some don’t.

Some speak in tongues -some don’t.

Some say dancing is bad -some dance with passion.

Some say no drinking alcohol -some don’t care.

Some say women shouldn’t teach -some have women pastors.

Some are mellow — some are energetic

Some say there shouldn’t be instruments in church -some have full bands.

I could keep going, but why would we let these issues divide us? Wouldn’t the fact that we love Jesus and believe that He is the way to God be what unites us? We will never solve the big challenges on the earth as long as we let issues like these divide us!  (Emphasis added)

Umm. Well. Gee.  The Bible – particularly the New Testament “Jesus” part of it – is replete with Gospel-driven divisiveness.  Christ Himself said He didn’t come to unite, but to divide.  We’re given apostolic warnings about protecting His Gospel, standing firm on Truth, and not tarnishing the church with intentional alliances with evil influences.  Paul told the Corinthians to do what he himself had done with certain blasphemers in the church – turn them over to Satan. (1 Corinthians 5:5; 1 Timothy 1:20)  Pretty harsh apostolic words that don’t speak well for the kum-ba-yah-ism of this conference, huh?

“Why would we let these issues divide us?”  It’s rather simple.  Because the real Jesus tells us to as we proclaim and defend His Gospel.  His apostles tell us to.  But commands to contend for the faith are insufficient for Wagner, and for Beth Moore, who eagerly united with others in lauding a generic “Jesus” who merely seems to ooze love and unity despite His “I have come not to bring peace” warnings.

This whole ecumenical movement is based on blurring the distinct lines of doctrine while preaching a false message of God loves everybody with no corresponding concept of divine justice.  There is no faith without the Gospel.  There is no Gospel without doctrine.  And there just is no regard for “sound doctrine” (Titus 2:1) in these diabolical waves of ecumenism.

Tolerance is the virtue of the man without convictions.  G.K. Chesterton

There are many in the church today, standing in pulpits, as Moore & Wagner wrongly do, sitting in pews, and leading whole denominations who, by their blatant associations with falsehood, are screaming at us that they simply have no convictions.

But if you are a Bible-believing Christian following the authentic Jesus of Scripture, the very gift of your faith lies on the convictions He has given you. 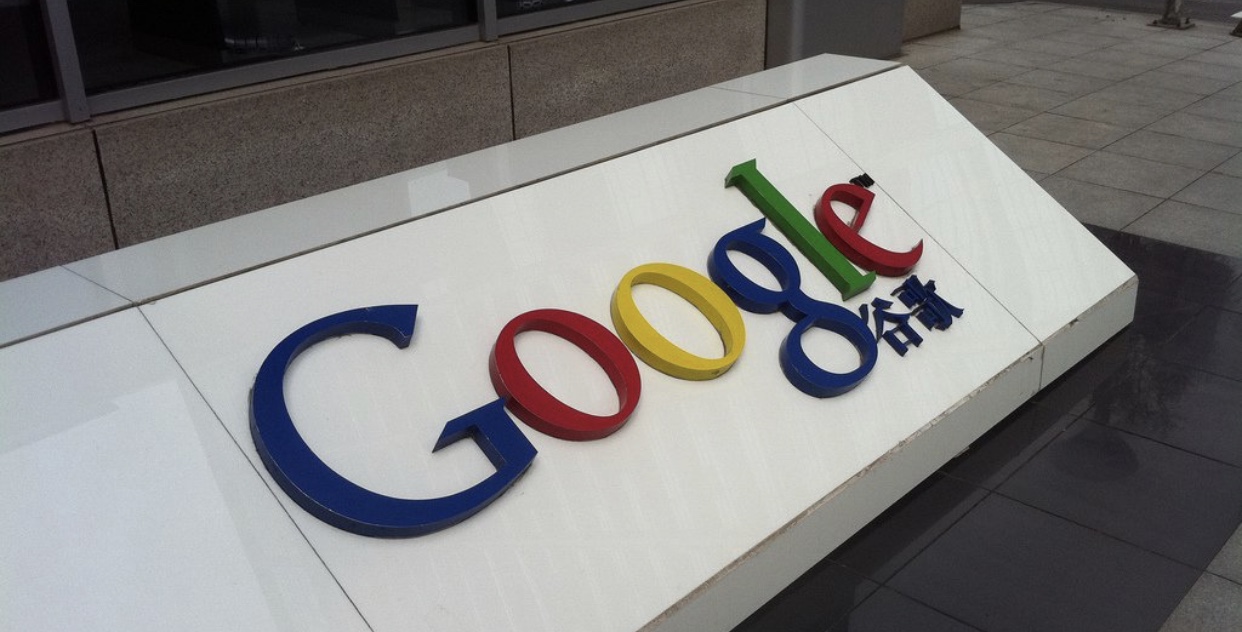 Rosebrough on Hillsong and Homosexuality 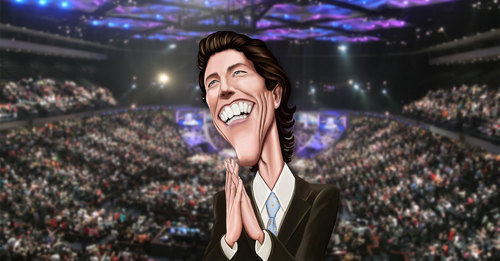