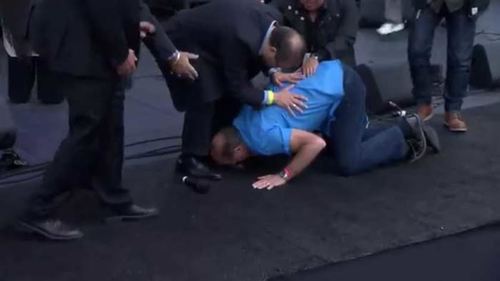 There was a snake in the garden with a woman.   No, not that snake, not that garden, and not that woman. But the curious similarity surely made me think.

On a sunny, cool, spring Saturday afternoon, my bride was out planting posies (Tulips, perhaps?) in one of her flower beds.   As has happened umpteen times before, and likely will reoccur with always heart quickening results, the resident black snake in our backyard made an appearance. Unlike Eve in that other garden, my wife shrieked.

It begs the question, “Why didn’t Eve similarly shriek?” The black snake in our backyard didn’t even speak, and still my wife shrieked.   Had Eve belted out a high pitched squeal, perhaps the vocal viper in Eden would have coiled tail and slithered off, to leave mankind alone.

Further, the situation also begs the question, “Where was Adam while these serpent whispers ensued?” We don’t know because Scripture doesn’t tell us. But I can tell you where I was.

While my wife was serpent shrieking in our backyard, I was bellied up to my desk, watching what must be said are the continued results of that original garden encounter. I was watching the Scripture-denying, emotion-inducing, revelations-rich “Azusa Now” event as it was being live-streamed from the Los Angeles Memorial Coliseum.

Led by Lou Engle of The Call, the Azusa event was purportedly attended by over 100,000 people in person, and others via its global live stream online. I was plugged into it via YouTube, where about 17,000 people were also tuned in.  The goal, as with all of such Scripture-denying events, was to summon a revival from heaven.

Switching between the YouTube chat room and the moment-by-moment commentary in the Pulpit Bunker on FaceBook, I could not but help see, in live action, the evident results of that first deception in that first garden from which has flowed every deception since. Just like Eden, the Azusa event was an event based on the denial of God’s Word. Noticeably absent was the Bible. I didn’t see one wielded by anyone on the dais while I watched. (The Holy Spirit NEVER works, FYI, outside the WORD.)  The event was a festival of heresy that, while claiming to be a “movement of the Holy Spirit”, was, rather, the movement of a quite different spirit.

You’ll recall the words of Paul in Ephesians:

And you were dead in the trespasses and sins in which you once walked, following the course of this world, following the prince of the power of the air, the spirit that is now at work in the sons of disobedience— among whom we all once lived in the passions of our flesh, carrying out the desires of the body and the mind, and were by nature children of wrath, like the rest of mankind.

I watched long enough to see the typical fare of falsity flung forth at the undiscerning masses. The mind-numbing, intentionally-entrancing repetitions of synthesized “Holy Spirit” mantras being sung by arm waving mendicants of heaven were expectedly prevalent. The stories of “visions, dreams, and revelations” were rife, those “words from God” that promised, provoked, and persuaded the speaker to the great and glorious things they were to do for God, by the power of the Holy Spirit. One guy got a revelation from God through, of all things, a boxing glove because it had the word “Everlast” printed on it. (No kidding, folks.)

Prayers of power and pleading were present. As the cameras turned, “circle prayers” were even being prayed by the drizzle-drenched deceived in the crowd. (Wanna know how to do that? I hate to tell you but LifeWay probably has a end-cap dedicated to sales of Batterson’s heresy.)

Engle, realizing an “apostolic” opportunity, perhaps, interrupted at one point to pray for rain for a drought-laden Southern California. Of course, it was already raining, so God must’ve been answering the prayer He knew Engle would offer. Who knows?

If you happened to watch any of this – really, it was no different than turning on TBN – you’ll understand the depths of truth from Paul’s words. “Sons of disobedience” is given a whole different perspective than when just watching the typical ungodly fare on cable news. When “the prince” is at work in our godless, self-glorifying culture, it has a different appearance than when he’s at work in an event under the purported label of “Christian.” But know this, the focus of his work isn’t in the world; it’s in your church.

Lou Engle teamed up with Mike Bickle, one of those other “apostles” currently wandering the earth under the decidedly diabolical New Apostolic Reformation. (We don’t call them “apostles”, however, without the Scriptural adjective appropriately applied, “FALSE.”) Bickle, you may recall, was joined by SBC President Ronnie Floyd at his IHOP – OneThing event in December 2015. (See HERE). Of course, if you’re willing “to bend a knee” to pray for America, Ronnie will eagerly align with any heretic under the sun. (It’s THAT important, folks. Disregard doctrine and joins hands with the diabolical! We’ve gotta save America! ***Use of sarcasm font intended***)

There’s another association evidenced by the Azusa event that ought to give concern. It’s an association that is, more and more, becoming central to the deception of the masses and is critical for all those, including the Southern Baptist Convention, seeking an agenda-based ecumenism. The Roman Catholic Church is the pivot point for the ecumenical heresy flowing across the globe.  As with Floyd’s participation with IHOP’s event in December, so too was the presence of the charismatic Catholic cadre.  (See HERE.)

Engle, pictured above, is kissing the feet of an apostate Roman emissary, Matteo Calisi, in an act meant to convey the spirit of unity between the historically divergent evangelical and Catholic faiths. (No, Engle’s efforts are not rightly defined as “evangelical.”) Calisi, who is president of the Catholic Fraternity of Charismatic Covenant Communities and Fellowships, stated that the presence, and perpetuation, of that doctrinally-based division, is “diabolical sin.”

In disregard for Jesus’ own “not one jot or tittle” remark about His Word, Calisi claimed that Christ “doesn’t care” about a doctrinal division.   (It’s unclear, at the time of this writing, whether the rain-enriched clouds over the LA stadium produced an aptly timed bolt of divine rebuke at the uttering of those words.)

Engle’s behavior and Calisi’s words seem to find fruitful soil among the ears of the SBC. There is a growing effort of ecumenism within our denomination, once a stand-alone stalwart for Biblical authority, Scriptural sufficiency, and the Gospel.   Not only are unions with the SBC and the serpent whisperers of the NAR being made by our denominational president, so too are the yearnings of a “brotherhood”, false though it would be, with Rome ripe within our ranks.

From the upper echelon of SBC intelligentsia and high profile pastors, efforts to unite with Rome are constant. Russell Moore, Rick Warren, Robert Jeffress, Ed Stetzer, are only a few of those lauding and linking arms with the apostate “church”. Greg Laurie, featured upcoming speaker at the SBC Pastor’s Conference in St. Louis, was an invitee to The Azusa event, giving further light on the favorable links being made by the SBC and those “many false prophets” whom Christ warned us against.

That Engle’s LA event was borne in Biblical disregard and diabolical entreaty is evident to anyone with a meager modicum of discernment.   While the mantle of “evangelical,” applied to Engle’s emotion-based movement, is evidence of the loss of yet another defining characteristic of the true church, the lynchpin of ecumenism remains a doctrine-denying, Scripture-augmenting Roman “church.”   Though the false apostle Engle kisses the feet of the apostate, he is not alone in his endearing affection for the harlot of heresies. The SBC is eager for her lip service too.  (See HERE and HERE and HERE and HERE – do a search, the links fill pages!)

The serpent among my wife’s tulips Saturday is nothing. It’s the one from that other garden that yet taunts our world, tempts our faithful, and deceives the masses. And many are holding her hand, wooing her affections, and eager for a kiss.

That serpent of old is still doing what he’s been doing since his Eden days – denying the Word of our God.

Practice discernment, brethren. “Abide in my word.” And, please … pray for another reformation. 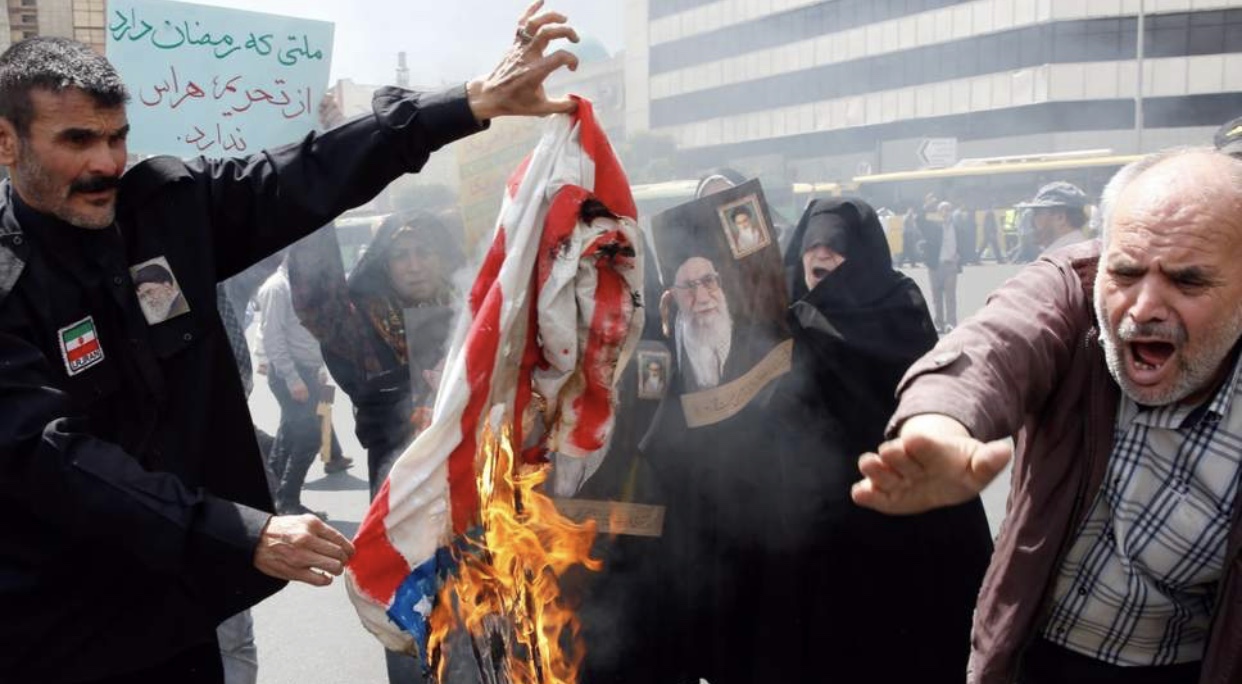 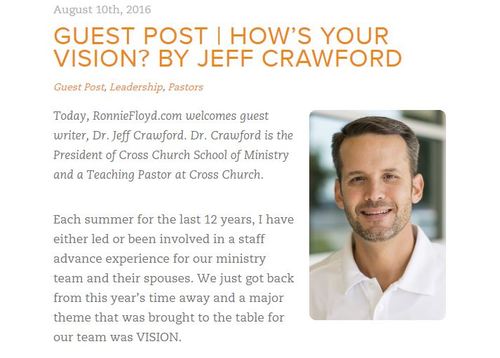