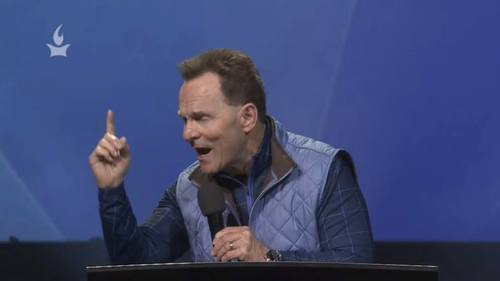 As we’ve reported on numerous times, Southern Baptist President, Ronnie Floyd, spoke at the IHOPKC Onething Conference on Dec 28th, against the better judgement of the majority of Southern Baptists. Floyd, who was introduced by IHOP founder Mike Bickle, as “the President of America’s largest denomination,” in his opening statement said,

I’m not here tonight to highlight our theological differences, but to bend my knee, next to yours, and to ask God to have mercy on America. I also know that my being here is not an endorsement of your theology or your endorsement of my orthodoxy, I did not get asked to this gathering tonight because the leaders agree with all of my theological convictions. In fact, if we’re totally honest with one another we know that thousands of us who are filling this convention center and thousands more who are streaming live around the world, we’re not in total agreement about a lot of the secondary matters of life, ministry, and even the bible. Yet my being here is a clear indication that these are times when people must come together and pray.

As I reported before, the IHOP gathering is a mish-mash of different professing Christian groups, from charismatics to Catholics. It should go without saying to any Southern Baptist that Roman Catholicism is not a true expression of Christianity, and for that matter, neither are the blasphemous false manifestations of the Holy Spirit that are put on by charismatic cults like IHOP. Galatians 1:8 says,

But even if we or an angel from heaven should preach to you a gospel contrary to the one we preached to you, let him be accursed.

Yet, to our Southern Baptist president, these are secondary issues–not to get in the way of our prayer for revival in America, and the “Third Great Awakening.” In fact, he even goes as far as to say that he believes “the greatest hope for America is what I’m going to talk about tonight.”

Apparently, it’s good enough for Floyd to drop all of these theological differences so long as they profess Jesus Christ is the only way to God. Most cults would make this proclamation. But in his exhortation to stand on the Bible as the sole and final authority over all matters, and Jesus Christ as the only way to God, he seems to be missing one important detail, the very people he is speaking to twists the Scriptures to suit their theology, and have crafted their own Jesus with their hands. Yet, this is who Floyd is admonishing Southern Baptists to unite with in prayer. The Bible says that God does not hear their prayers,

For the eyes of the Lord are on the righteous, and his ears are open to their prayer. But the face of the Lord is against those who do evil. – 1 Peter 3:12

God is not going to listen to the prayers of those who blaspheme his Spirit, reject his son, and work evil in his sight. Floyd spends his entire sermon talking about the Gospel, and how the Gospel will restore America, and how extraordinary prayer will spark the next great awakening, yet he never gave any indication whatsoever of what the Gospel is. While he did spend quite a bit of time talking about the depraved moral state of America as a nation, he never preached the law, and the brokenness of mankind, and our need for a savior. And he never mentioned Christ’s finished work in his life, death, burial and resurrection which saves those who repent and believe. If you attended that conference, you got the affirmation from Floyd that what IHOP does and promotes is perfectly fine, and there is no need to repent of your sins, lest we all bow together in unified prayer for the national salvation of America.

God is not going to restore America through a false gospel, or a false Jesus. The Scriptures strongly admonish believers to stay away from cults like IHOP. Ephesians 5:11 says,

Take no part in the unfruitful works of darkness, but instead expose them,

Do not be unequally yoked with unbelievers. For what partnership has righteousness with lawlessness? Or what fellowship has light with darkness?

Yet Ronnie Floyd is directly contradicting God’s word by partnering with them.

Following a trance-like performance by “worship-leader,” Misty Edwards, Floyd rails on about the moral decline of the nation, the redefinition of marriage, racism, mass murders, abortion, etc., drawing repeated applause from an emotionally high crowd. In a speech that sounds more like Christine Caine’s social justice agenda than a Bible preacher, he pleads with the crowd to acknowledge the grave sins of the world.

It’s hard to even keep up with all of the crises abound in the world today. And then when you look back at the church, the family of God, the body of Christ, many of us are lukewarm in our faith. We’re distracted by the things of the world. Many of our fellowships are divided. But the great news that I’m seeing more than I’ve seen ever in my lifetime, desperation is on the rise among the people of God. And when we get desperate enough, and we want God enough, we’re right where God wants us in life. And that’s why tonight I believe that now is the time for the next great spiritual awakening in America.

Floyd, who repeatedly refers to churches as “fellowships,” preaches to this crowd of people as though they are believers. He prophesies that now is the time for the next “great awakening,” yet, he’s been prophesying this since 1990, and it hasn’t come to pass. (Does this make him a false prophet?)

He then preaches from a passage in Joel 2, a passage that is often used by the New Apostolic Reformation and promoters of the Joel’s Army heresy to make his case for conquering the land and restoring America. Joel’s Army (Dominion) theology teaches that Christians are to conquer seven cultural mountains, business, government, media, arts and entertainment, education, the family and religion. According to this heresy, it is not until the church conquers these 7 mountains that Christ will return. It is these 7 mountains that are of primary matters, according to dominionists, like IHOP and Ronnie Floyd.

Floyd stated that theological differences were secondary matters, and this is exactly why he can partner with apostates like IHOP, and can endorse Roman Catholic mystics like Roma Downey and Mark Burnett, because these kinds of people seem to be family-friendly and culturally conservative. The fact that they are lost, dead in their sin, and on their way to Hell is of secondary matters to Floyd, so long as he can partner with them to conquer the culture for Christ. No, as he said, he believes the greatest hope for America isn’t Jesus Christ, and his work on the cross, it’s “what he talked about tonight.” It’s his Dominion theology, his cultural mandates, and his prophecy of “next great awakening” that moves him and gives him hope.

Lord help us all.

***Note: Not sure how long it will be up, but for now, you can view his entire speech here. 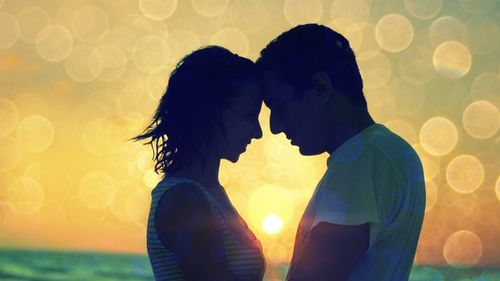 Why Gay Celibacy is Not the Gospel-Centered Answer 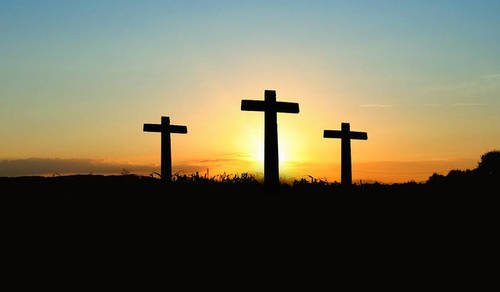 The Gospel of Jesus Christ