To ask the question whether or not Jim Bakker’s dreams could become a reality (that’s about as likely as Bakker paying off the IRS for the crimes he went to prison for), they compare him to notoriously false prophet, overt heretic and cult leader, William Branham.

No, seriously. Not kidding.

Charisma Mag links a video of William Branham’s seven prophecies in 1933 and their supposed fulfillment. These “predictions,” of course, were regarding some rather non-spectacular things that most people familiar with geo-politics would wager on. You know, stuff about dictators invading other countries, the rise of communism (in 1933, this is hardly a “prediction”), the potential for an American war with Germany – you know, real going-out-on-a-limb type stuff like that.

William Branham, in case your are unaware, started the post-WWII charismatic faith-healing nonsense, was the progenitor of the “Latter Rain” movement and was (sort of) a mentor to early Word-Faith heretics, like Kenneth Hagin. Branham taught that he was Elijah, prophesied to come before the return of Christ (source link). Branham had a confused form of anti-Trinitarian modalism (link). Branham taught that Eve had sex with the serpent (who he says was “upright” and “like a chimpanzee”) and conceived a child (link). Branham taught against the doctrine of hell (source link). He founded what is called the “Pentecostal Personality Cult” and left behind followers who not only waited at his grave, expecting him to raise from the dead, but who formed a cult call Branhamism around his teachings. 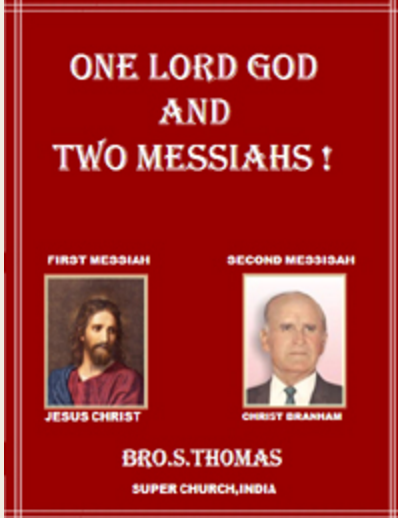 After posting the “fulfilled prophecies” of William Branham, Charisma Mag then says…

Now, nearly 80 years later, it appears Jim Bakker had similar dreams about the future of America. Does this mean Bakker’s predictions will come to pass like Branham’s? You’ll need to watch the video to see.

I’m not going to link the video. I don’t want Bakker to sell more survival supplies.

For once, Charisma Mag is spot on. Branham is the perfect prophet to which Bakker should be compared.

Elijah, Mount Horeb and the Quest for Illegitimate Religious Experience