Barnabas Piper, son of John Piper and Lifeway employee (does anyone know what he does there, other than serving as celebrity-son-in-residency?) threw this suggestion out on June 18. 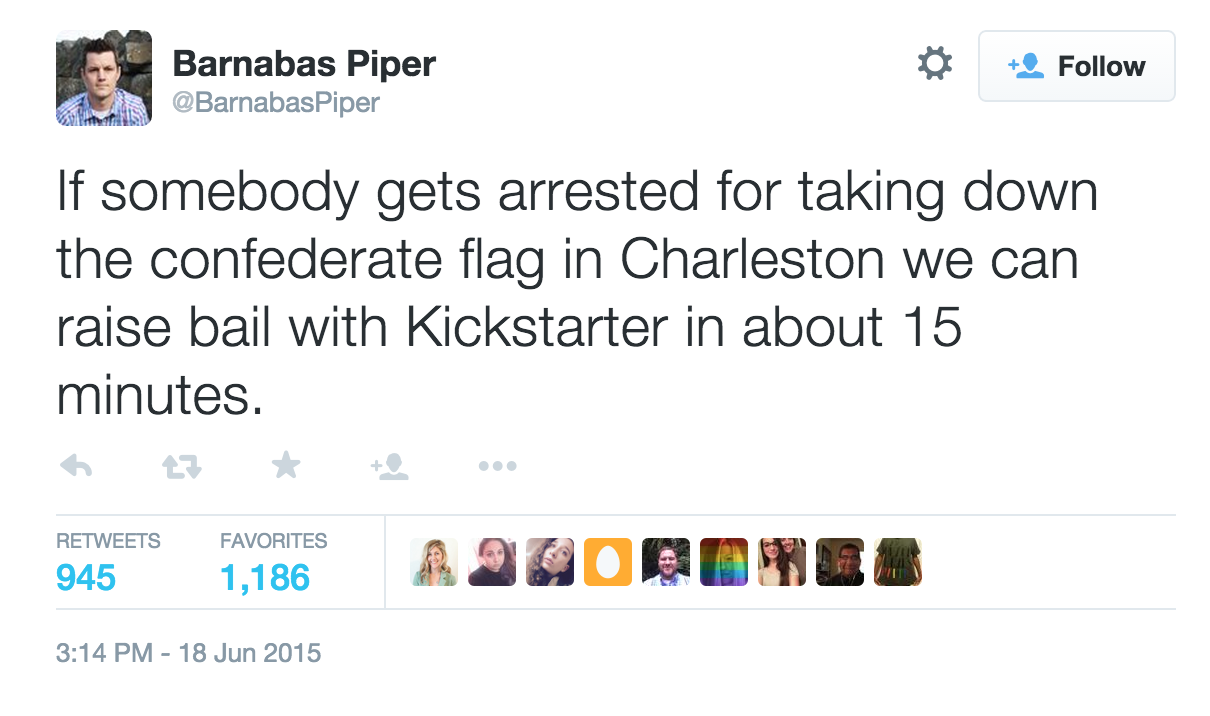 It appears that Lifeway employees – along with no shortage of Southern Baptist leaders – are busy conspiring to blame an innate sin problem on a flag. Rush Limbaugh said on his program this week,

“[Focusing on the Confederate flag] is what politicians do when they can do nothing real.”

The same is true for evangelicals.

Finding no cheap applause in the tough social issues, Russell Moore has led SBC leadership to focus on racism. Again. And so, we’ve apologized for it…again. And we want everyone to know that this time we really mean it.

Ra-ra-ra. Brave stance, Southern Baptists. No, really. Stand in line with social-progressives and preachers who can’t figure out that their job is to provide Gospel solutions to sin problems and demand the Confederate flag be removed while refusing to remove the names of SBC slave-holding, racist Confederate chaplains from our institutions. But nobody cares about that blind hypocrisy because it can’t be heard over the deafening sound of Russell Moore’s cheap applause (maybe the cheapest, easiest applause ever).

And so, Lifeway’s celebrity-son-in-residency wants in on that cheap applause. And suggesting vandalism in the name of racial reconciliation, he receives it.

Barnabas seems to have really, really wanted someone to vandalize South Carolina’s capitol flag, because when “mama4Obama” mentioned that it was probably attached to the pole and they would have to knock it down as well, he mentioned that they could raise money for that, too.

Today, a woman did just that.

Barnabas is staying true to his word, raising money for her on the newly rainbow-colored Indiegogo… 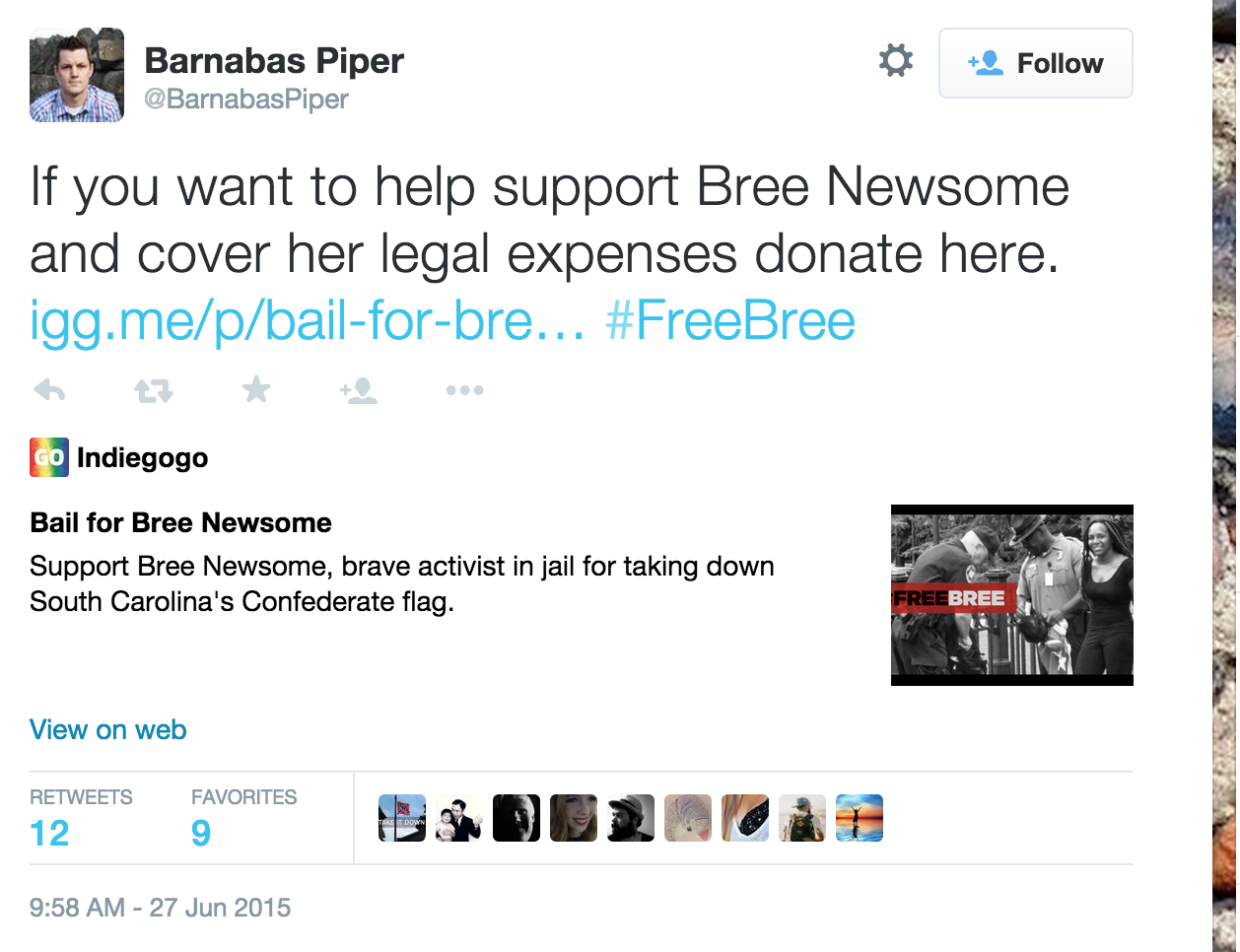 When a black pastor called out Barnabas on his support of sin and violation of Romans 13 and 1 Peter 2, Barny tried to take him to task. That man was Saiko Woods, and his guest-post on this topic is forthcoming (tentatively, Monday – as Pastor Woods has some sermons to preach on Sunday).

So…this is the question of the moment. Barnabas mocked Pulpit & Pen for calling Russell Moore a liberal last week (by the way, Russell Moore’s congratulatory, glowing tweets of President Obama in the last few days ought to be a blog post all by themselves). Because, you know, Barny and the boys at Lifeway are so conservative they really know conservative when they see it.

Question…would Barnabas Piper be raising money for someone if they had ripped up a Rainbow Flag today?

Oh…I think we all know the answer to that.

The Blood of Innocent Children on the Hands of the Church

Why SBC's Mosque-Gate Has Nothing to Do with Religious Liberty