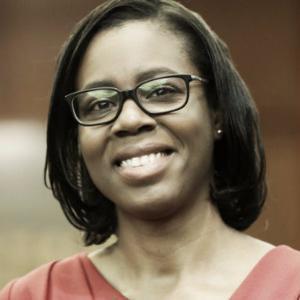 Nicola Menzi is a writer working for the Christian Post. Regurgitating most of the information from Christianity Today‘s article regarding the blacklist of books for future special order requests (which was written by Bob Smietana – who less than one month before was the senior writer for a Lifeway publication), Menzi adds really only a single caveat not included in Lifeway’s PR advertisement at Christianity Today. She adds…

CP searched for Joel Osteen products on Lifeway.com, and was given results for one book that mentions the megachurch pastor in its description but that was not authored by him.

Well, there you have it… Nothing to see here, citizen. Move along. A “reporter” has done a search on Lifeway’s website and couldn’t find any Joel Osteen’s books there. Welcome to Christian “journalism.”
_
A single, simple reading of Cameron Dobbin’s article would have clearly said that this list – which Pulpit & Pen (whose reporting some may hate but is incredibly accurate) has been able to independently confirm – was not regarding those books sold in the store or website, but via special order.
_
Ms. Menzie did a search on Lifeway’s website and then wrote an article to validate Lifeway spokesman Marty King’s evasive statement to the press, that Lifeway has never “carried” these books. In the meantime, if Ms. Menzie had done just the very, very basic google search she would have found this article by Pulpit & Pen in which audio was released of Lifeway selling these books even though they weren’t “carried” on the shelves or advertised on the website. Like the X-rated films behind the curtain in the video store, you can’t find the worst filth on the Lifeway stores – it’s proverbially behind the counter and out of view but they will sell it to you.
_
And so, it seemed that Menzie desired to do some research, but clearly not enough to be able to vindicate Lifeway’s spokesman and his misleading (to put it lightly) statement. Seeming as though she made at least some attempt to see if the Southern Baptist-owned Lifeway actually sold this theological poison, we reached out to her.
_
First, we called her – twice – and left very polite messages, stating that we had information she needed in regards to her article. And then, we tweeted her and let three days go by, hoping that she would contact us with information so that she could report, you know…truth. 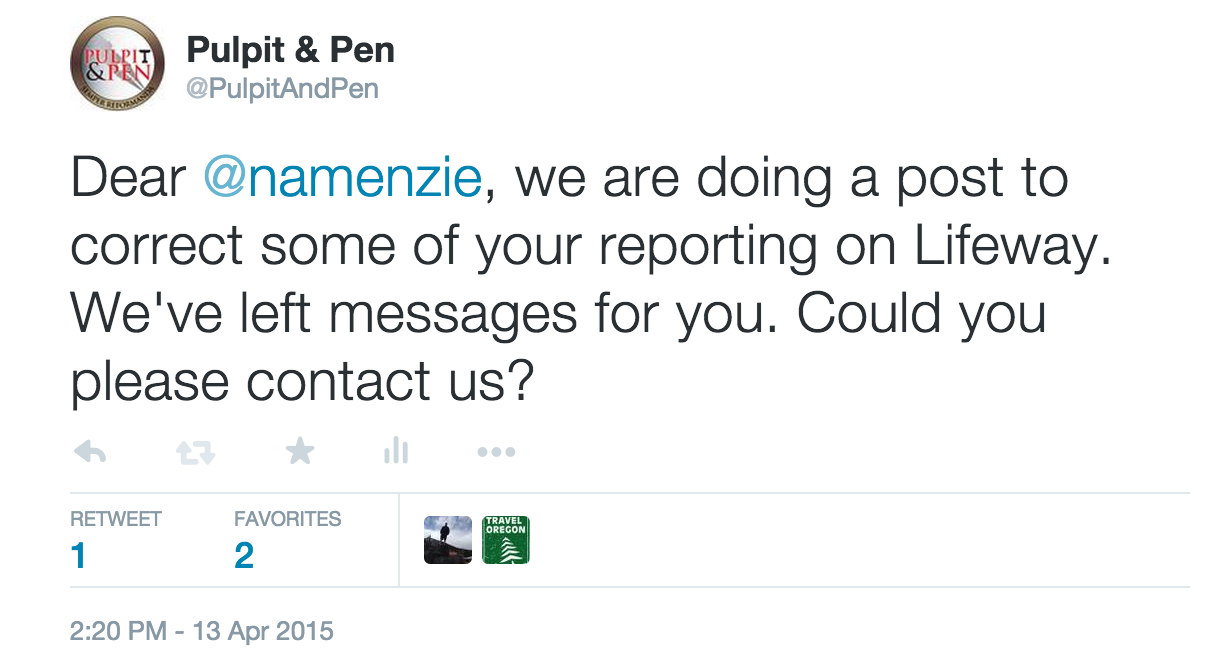 Phone calls on Menzie’s cellular phone with messages, tweets, from a group of guys who would just like a reporter to have, you know…facts, were not returned. Facts, after all – hard facts, like audio recordings – that a reporter might want to report. And yet, nothing. Silence. Crickets. Zilch. Zero contact. Zero care, apparently.

Where is Christian “journalism” done today? Where is it really done? There seems to be some real integrity out there (Bob Allen at the Associated Baptist Press comes to mind), but it’s typically in smaller publications. It’s not done in magazines owned and operated by the evangelical machine. More times than not, it’s done by the rest of us. You know. Real reporting. Real investigation. And by and large, real truth.

Thank God for the blogs. The evangelical intelligentsia hates them, but at least there’s unfiltered truth to be found in them.

If only the Christian Press cared to be either.