57 Now Elisabeth’s full time came that she should be delivered; and she brought forth a son.
58 And her neighbours and her cousins heard how the Lord had shewed great mercy upon her; and they rejoiced with her.
59 And it came to pass, that on the eighth day they came to circumcise the child; and they called him Zacharias, after the name of his father.
60 And his mother answered and said, Not so; but he shall be called John.
61 And they said unto her, There is none of thy kindred that is called by this name.
62 And they made signs to his father, how he would have him called.
63 And he asked for a writing table, and wrote, saying, His name is John. And they marvelled all.
64 And his mouth was opened immediately, and his tongue loosed, and he spake, and praised God.
65 And fear came on all that dwelt round about them: and all these sayings were noised abroad throughout all the hill country of Judaea.
66 And all they that heard them laid them up in their hearts, saying, What manner of child shall this be! And the hand of the Lord was with him.

Assuming the average time to be with child is around 9 months, we can assume that Elisabeth gave birth to John very shortly after Mary left to go home. Perhaps within a few days, the text does not explicitly say. Some have even argued that Mary may have stayed until after the birth of John, but it is this author’s opinion that the chronological writing style of Luke in this passage doesn’t make this theory plausible. Assuming Mary was not there for the birth of John, Elisabeth’s other cousins, and neighbors, who had probably just recently heard of the news, came by to give her support. The text says that they “rejoiced” with her. They had heard about the wonderful mercy that God had on her. For she was an aging, barren woman, possibly in her eighties, who had never been able to have children. In the eyes of humans, she was finished, as she had passed her child bearing years. God had chosen to take an impossible situation and bring glory to his name through this miraculous event. For by doing so, this also lent credibility to Mary’s account. Mary, an ordinary girl around the age of thirteen, had an account with the Angel that would have been less believable, yet, by showing that God does perform conception miracles, and proving this through Elisabeth, this made Mary’s story more plausible. This news brought great joy to the family and friends surrounding Elisabeth.

Eight days after John was born, he was met with the usual Jewish tradition of circumcision. This was the same day that he received his son. Now you can imagine all of the hysteria, excitement and even arguing going around this small town. For a child had just been born to an elderly woman. Everybody wanted their say in the matter, and everyone wanted to be a part of this event. People began to call him Zechariah. Now, Zechariah, who was still under the curse of the angel, and had not been able to speak for at least nine months, was probably caught up in the middle of this, and just aching to be able to speak. The Angel had told him specifically that his wife will bear a son, and that his name shall be John. Fortunately, his wife remained faithful, and carried out the will of God by putting a stop to the name calling. Probably slightly annoyed, she shouts “Not So! His name shall be John.” Confused, the crowd did not understand why she would choose to name her son in a non-traditional manner, for John was not a family name, and certainly was not a name after her husband’s lineage. The crowd gestured to Zechariah, as it would ultimately be the father’s decision what the child’s name would be, and he wrote out on a table that his name would be John. Being that this naming of John fulfilled the Angel’s prophecy, the curse was lifted, as promised in verse 20. He was immediately able to speak again, and the first thing out of his mouth was a praise to God. As his faith had been restored to him by God. The unbelief he had showed during his encounter with the Angel had been stricken. This shows that God is the author of our faith, and when God chooses to reveal himself to us, and to provide us with faith, it is all his doing, not ours.

The news of this birth made it’s way all around the land, and brought a fear among people. As the seriousness of this event set in, concerns started being raised among people. People would have understood that the Scriptures prophesied this, and that God was beginning to move again among his people. Many probably began to get really serious about their faith, as many eyes were probably opened during this event. This is it, this is real–God is real. There was probably a massive resurgence in temple sacrifice attendance, and attention to the law. Though much of it was probably just as fake as it is in today’s times, there would have been a huge renewal of religiosity during this time. But ultimately, only those who persevere to the end shall be saved. 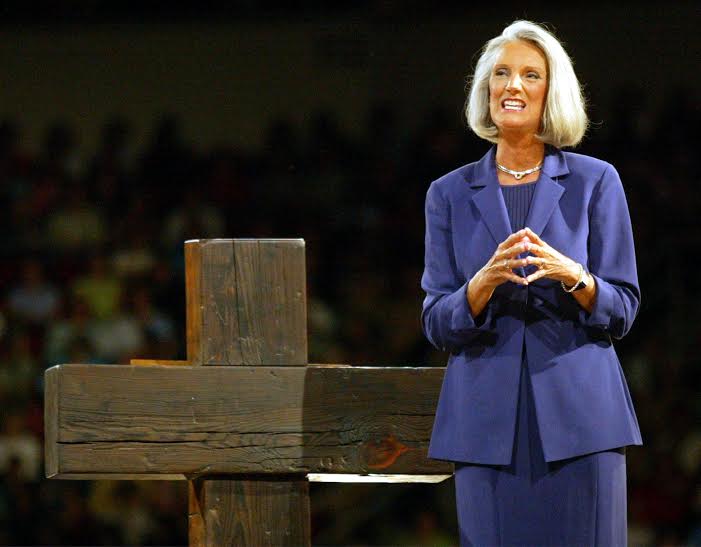 Archibald Brown: “Feeding Sheep or Amusing Goats” – An Article From 1889 About Gimmicks in Worship

The lady doth protest too much, methinks