The Glen Meadow Baptist Church has invited Ergun Caner to preach at an event called “Man Church” on September 27, 2014. For those with even a cursory understanding of the repeated lies of Ergun Caner from either secular or religious news sources, we always wonder, “What is that church thinking?” We have to ask the question, “Does the pastor really feel no obligation to protect the pulpit?”

We reached out to Glen Meadows Baptist Church. We asked them:

“Given the many, many lies of Dr. Caner that he’s yet to repent for, why are you letting him preach to your people?”

We also sent them a link to this exhaustive history (complete with original sources) of Caner’s lies – in his own words. Their response is as follows…

“A quick web search turns up a lot of information about the controversy surrounding Dr. Caner, both pro and con. It would be good to be well-versed in both sides of the argument. We have found the claims the negatives trumpet are noteworthy only in that they are unintentional mis-spoken words and attempts to compress information for an audience. There is not any evidence that Dr. Caner intended to lie or embellish – ethically or criminally. Furthermore, evidence gathered and used in such investigations confirmed the major factual issues surrounding his Muslim upbringing. He has made a public apology on delivering these contradictory details, too – so I’m not sure what unrepentance you’re referring to. Given the evidence, our conclusion: Dr. Caner is no more a purposeful liar than any common man, who is taking a controversial stance, whose entire history is put under scrutiny with the intention of finding issues to run up a red flag about, would be found to be.”

Of course, whatever representative of this church that sent this statement (which sounds awfully reminiscent of something that would be written by Peter Lumpkins and sent to churches to distribute to critics and church members in advance of Caner’s coming) is right – there are “both sides of the argument.” In fact, there always is. We hope and pray that the fact that every argument has two sides doesn’t make the Glen Meadows church leadership feel as though that’s an authentic response to criticism or an excuse not to perform due diligence in their pastor’s role of protecting their pulpit. Such an answer may suffice for a post-modernist, but surely not a pastor or church desiring truth.

The church’s representative claims that Caner is only guilty of “unintentional mis-spoken words” done in an attempt to “compress information for an audience.” One wonders why saying one is born in Turkey “compresses” “born in Sweden” and “raised in the Middle East” compresses “raised in Ohio.” Is there anyone, anywhere, who summarizes facts by giving false statements regarding where they were born, how they were raised, or other essential details of their life story? When Caner has said many times (on audio and video) that he came to the United States at 14 or 17, is that a “compression of the facts” that he came at the age of 2? When Caner claims to have had over 60 debates, is that a “compression of the facts” that he had none?

The Glen Meadows Church representatives claims there “is no evidence that Dr. Caner intended to lie or embellish.” What would constitute evidence that one intended to lie? Is the bar of discernment set so high that only clairvoyance or psychic ability to prove Caner intended to lie? How about this; how about someone told the same lies (with no objective basis in reality, things like “I learned English watching the Dukes of Hazzard with Turkish subtitles” when he came to America at 2, the Dukes of Hazzard wasn’t out yet, and he doesn’t speak Turkish so it would be impossible for him to learn English this way) over and again to many different audiences over the course of ten years? Would that be enough evidence, Glen Meadows Baptist Church? I suspect the answer is no, meaning that it would be impossible to provide their burden of proof that Caner’s lies are anything but habitually repeated misstatements that fueled his notoriety and built his career.

The church’s representative (or Peter Lumpkins, whichever) laughably says that the major factual issues surrounding his Muslim upbringing are sound. We have to ask, “Like what?” Where he was born, where he was raised, that he was not trained in a madrassa to conduct terrorism, but that he was an average and ordinary child in an Ohio suburb living with a Swedish, non-Muslim mother as a custodial parent and occasional trips to the Mosque with his estranged father…what about Caner’s story is true except that he was a Muslim. The details surrounding his story are nearly all false! That Caner has apologized for “mis-statements” is irrelevant to this story – for such would amount to a lying apology (ironically, given about lying).

But then, we find out the low standards for pulpit preaching at Glen Meadows Baptist Church…

“Dr. Caner is no more a purposeful liar than any common man.”

I wonder how many “common men” are invited to fill the pulpit at Glen Meadows. Sadly, so long as he’s no worse than the average man, he’s welcome to preach.

The Glen Meadows representative then linked to us Norman Geisler’s (IE Emir Caner’s) laughable and thoroughly debunked “defense” of Ergun Caner (which was written on a computer at Truett-McConnell College…the college run by his brother, Emir).

The inference here is clear – as long as someone, somewhere is defending Ergun Caner then pastors and undiscerning churches like Glen Meadows can find an excuse not to spend thirty minutes in research to protect their people and Christ’s pulpit.

We sent a link to Dr. White’s presentation on Ergun Caner, but the Glen Meadows Baptist Church representative said that “a YouTube video won’t dissuade us from inviting him to speak.”

Clearly, this is not a church that loves truth or pursues it.

But don’t worry, once Ergun Caner has told his lies from that pulpit, they have a great Beth Moore Bible study to look forward to. 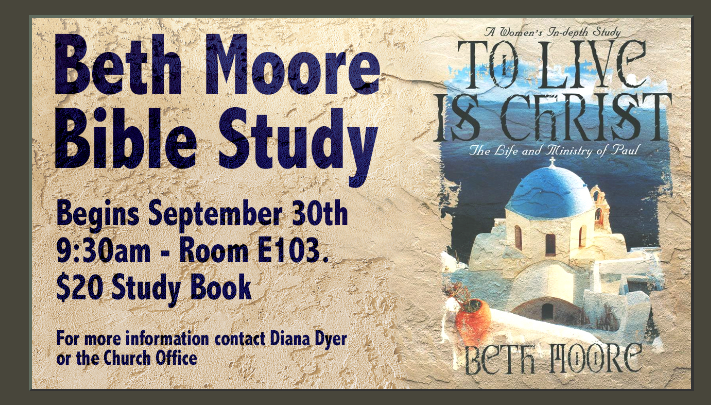 You see, the problem isn’t just Ergun Caner and a felonious scoundrel in the pulpit. The problem is a lack of concern for truth or discernment that comes directly from the leadership and soon infects the membership. If you’re at Glen Meadows Baptist Church, it’s probably time to find an exit.

Freemasonry and the Christian Conscience