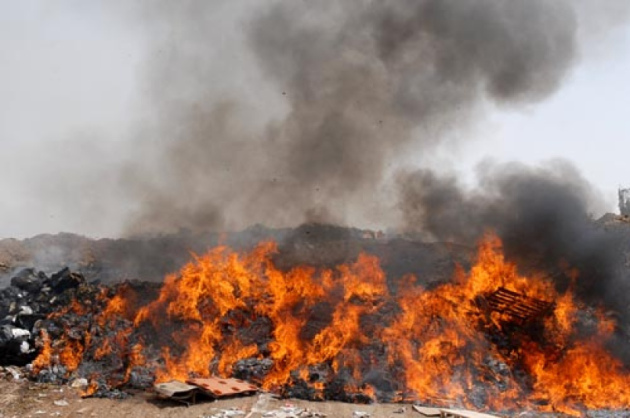 This is the third entry in a three-part series deconstructing popular illustrations that pastors give their congregations, all of which might sound good or spiritual, but do not correspond to history or reality. The purpose is to build your discernment when people say bibley things, and not let evangelical historical sound bites lead you to repeat them.

I’ve listened to many sermons and conference talks over the years which have included in them a curious factoid, namely that Gehenna was not only a reference to the Valley of Hinnon, but that it was also a perpetually burning trash dump. The idea is that the Valley of Hinnon laid just south of Jerusalem, immediately outside its walls, and that all the refuse and waste from Jerusalem was burned there, and it was pretty much the most disgusting and horrifying place on earth.  Some people use this historical tidbit to make a point either to paint a picture how foul, vivid and terrible hell would be, or alternately to suggest that there is no eternal hell, and the references Jesus makes to the fires of hell and torment was simply a reference to this burning trash pile. There is a emergent/universalist writer named Sharon Baker who has a book called Razing Hell. She offers the following highly imaginative description of this burning refuse heap, which serves as a nice, detailed amalgamation of all the descriptions I’ve heard of it over the years.

“Well before the time of Jesus, the valley was also used as a refuse heap. The people in the surrounding areas dumped their trash in Gehenna, where it burned day and night. The fire never went out. It smoldered there beneath the surface, incinerating the rotting, smelly garbage. New garbage was piled on top of the old decaying garbage: rotting fish, slimy vegetation, decaying human refuse of every imaginable sort. And as you know from experience, a dump without flies is a dump without garbage. The flies laid eggs on the surface of the dump. So just imagine the hundreds of thousands of squirmy, wormy maggots living there, eating the rotting refuse. All the while, under the surface, the fire still burned, devouring the putrid garbage days and weeks past.

It was a fire that burned forever, where the worm did not die and where people went to throw their trash, grimacing from the stench, gritting their teeth in revulsion, never venturing too close for fear of falling into the abhorrent abyss. In times of war, decaying human flesh mingled with the rotting garbage—imagine the vile vision. When Jesus spoke of Gehenna, his hearers would think of the valley of rotting, worm-infested garbage, where the fire always burned, smoke always lingered, and if the wind blew just right, a smell that sickened the sense wafted in the air.” (pp. 129-30)

There’s only one problem. There is no biblical support for this, neither is there any literary sources or archaeological data from the intertestamental or rabbinic periods to suggest this. Put simply, there is no evidence that the valley was, in fact, a perpetually burning garbage dump. In fact, near as anyone can tell, the earliest mention we have of this theory comes a Rabbi named David Kimhi who wrote a commentary on Psalm 27 in the 13th Century. He remarked

“Gehenna is a repugnant place, into which filth and cadavers are thrown, and in which fires perpetually burn in order to consume the filth and bones; on which account, by analogy, the judgement of the wicked is called ‘Gehenna.’

That’s it. That’s the earliest reference we have to it- a Rabbi writing in the middle ages from Europe, not Israel, some 1100 years after Jesus was born. He does not tell us where he got that information from and that is all we hear of it. There’s nothing before that. There is no mention in the tons upon tons of writings we have from Church Fathers, Christian and Jewish writers, or even secular writers for that matter. Its a blank slate until this commentary pops up. And as far as Rabbi Kimhi goes, note that even he stated the alleged dump of Gehenna became an analogy for the judgment of the wicked, which demonstrates that even the first writer to make this connection saw it to be an analogy for the place that the wicked will be judged.

Todd Bolen, from his bibleplaces blog, rounds up some scholarly sources. He quotes:

Edward Robinson, preeminent explorer of the Holy Land beginning in 1838. He wrote: “In these gardens, lying partly within the mouth of Hinnom and partly in the Valley of Jehoshaphat, and irrigated by the waters of Siloam, Jerome assigns the place of Tophet; where the Jews practised the horrid rites of Baal and Moloch, and ‘burned their sons and their daughters in the fire.’ It was probably in allusion to this detested and abominable fire, that the later Jews applied the name of this valley (Gehenna), to denote the place of future punishment or the fires of hell. At least there is no evidence of any other fires having been kept up in the valley; as has sometimes been supposed” (Biblical Researches, vol. 1 [1841], 404-5).

James A. Montgomery observes this medieval commentator’s logic, but does not accept it. “With the common sense which often characterizes Jewish commentators, Kimhi says that the place was the dump of the city, where fires were always kept burning to destroy the refuse; ‘therefore the judgment of the wicked is parabolically called Gehenna.’ But from the Biblical references the place appears to have nothing physically objectionable about it; in contrast to its contemporary condition Jeremiah prophesied that it would one day be called ‘Valley of Slaughter’” (“The Holy City and Gehenna,” JBL 27/1 [1908], 34).

About the same time, G. R. Beasley-Murray made a similar observation: “The notion, still referred to by some commentators, that the city’s rubbish was burned in this valley, has no further basis than a statement by the Jewish scholar Kimhi made about A.D. 1200; it is not attested in any ancient source. The valley was the scene of human sacrifices, burned in the worship of Moloch (2 Kings 16:3 and 21:6), which accounts for the prophecy of Jeremiah that it would be called the Valley of Slaughter under judgment of God (Jer. 7:32-33). This combination of abominable fires and divine judgment led to the association of the valley with a place of perpetual judgment (see Isa. 66:24) and later with a place of judgment by fire without any special connection to Jerusalem (see, for example, 1 Enoch 27:1ff., 54:1ff., 63:3-4, and 90:26ff)” (Jesus and the Kingdom of God, 376-77).

Consider this myth to be thoroughly debunked. For the others in the series, see The myth of the rope around the high priest’s ankle and The myth that all the Apostles were martyred

Christmas in the Hands of Reconstructionists 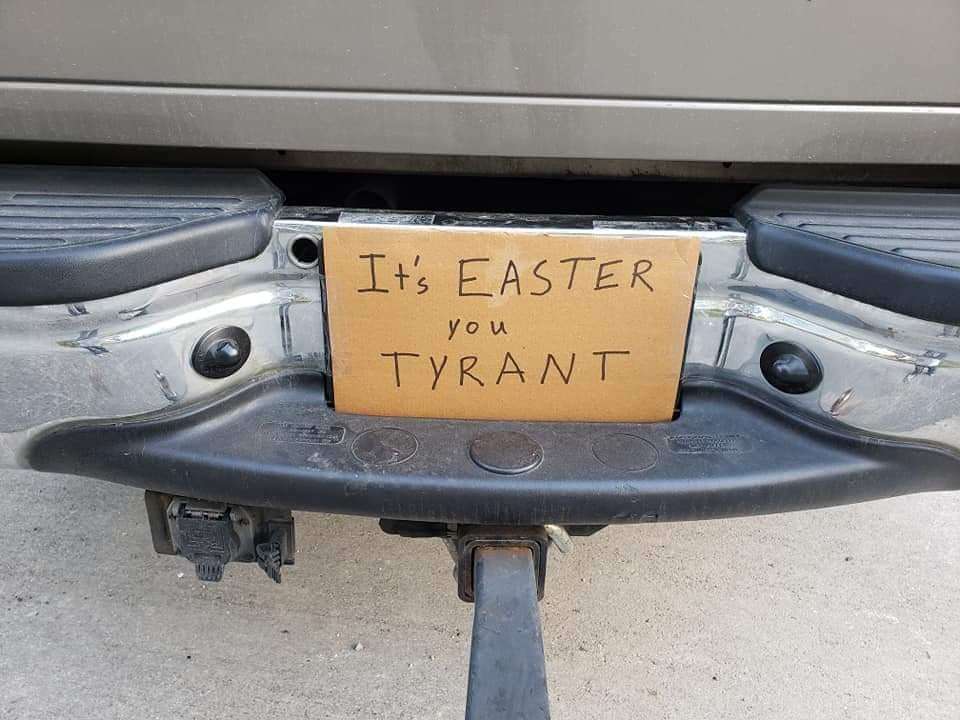 Pastor Who Held Church Service Will Not Obey Police-Mandated Quarantine Order: Faces Up To A Year In Prison