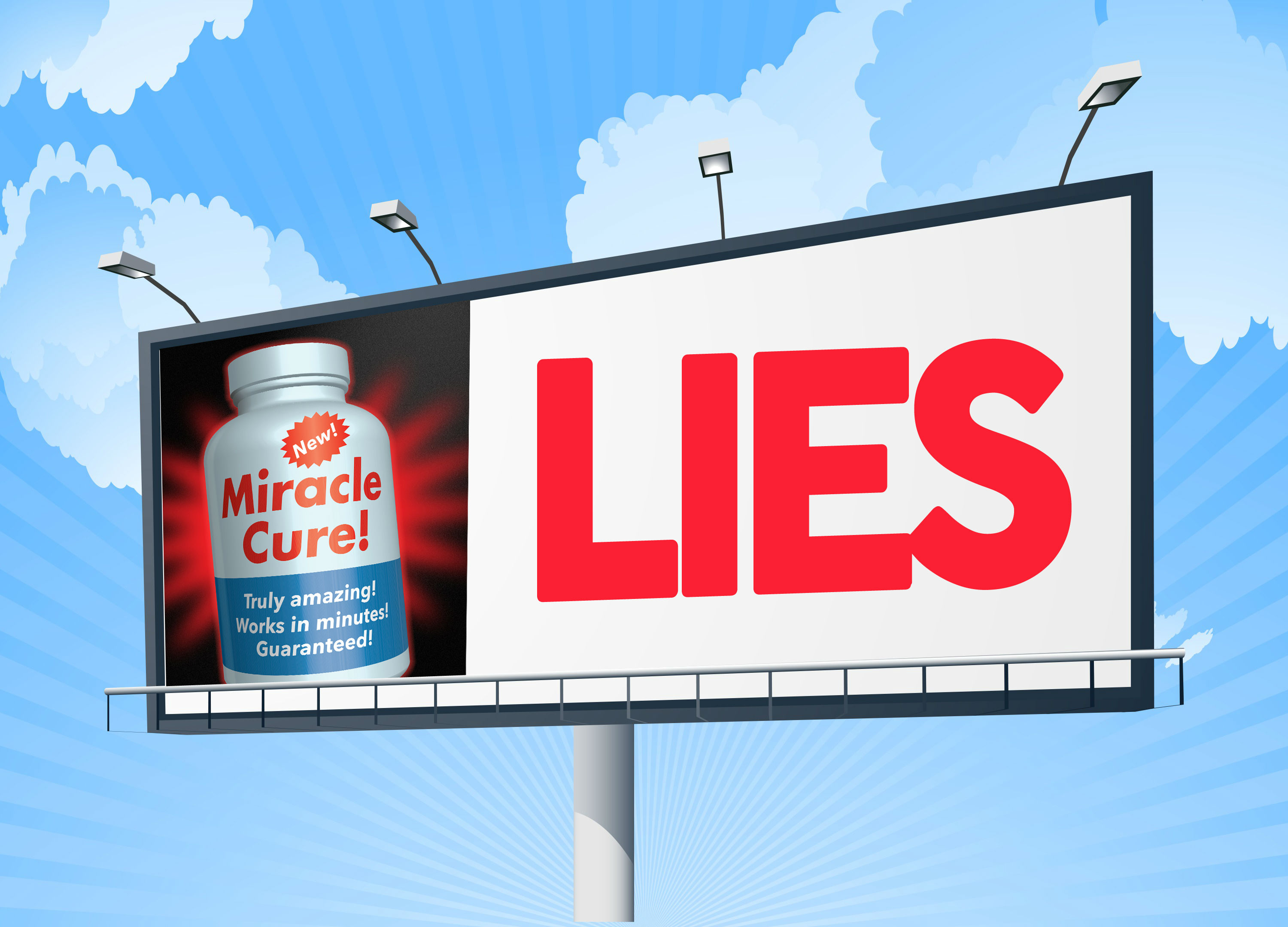 [Church Watch Central] In her latest article Holly Pivec from ‘Spirit Of Error’ writes a disturbing report about a school of Bethel Church Redding masquerading as an Assemblies of God Bible Instiute.

“…my claim that the AG’s BSSD is actually a school of Bethel Church may seem difficult to believe. But, below, in what follows, I highlight key facts that show that BSSD is, essentially, a Bethel school – through-and-through – as opposed to an AG institute.”

Holly Pivec is the co-author of A New Apostolic Reformation?: A Biblical Response to a Worldwide Movement and God’s Super-Apostles: Encountering the Worldwide Prophets and Apostles Movement. She has a master’s degree in Christian apologetics from Biola University.

You’ve probably heard of a single church being taken over by an individual or group from within. But have you ever heard of an entire network of churches within a denomination being taken over? As unprecedented as that may sound, that is exactly what appears to be happening now in the Assemblies of God (AG) denomination in Northern California and Nevada.

The flashpoint for this takeover is a discipleship school now also functioning as an AG Bible institute, housed at Lifehouse (an AG church), in Eureka, California. While the school has existed for 10 years, it recently began offering all the classes required for a person to become licensed and ordained as an AG minister. And this AG Bible institute is pumping out the next generation of AG leaders into Northern California, Nevada, and AG churches in other areas. But what’s wrong with that?

The problem is that the school appears to be a Trojan horse. It is heavily influenced by the teachings of Bill Johnson, Kris Vallotton, and other “apostles” and “prophets” from the controversial Bethel Church in Redding, California. To those who are paying attention, the name of this AG institute, the Bethel School of Supernatural Discipleship (BSSD), may be the first thing to give it away.

But that’s not where the connections end.

Not What It Seems

Despite the AG label and licensing, BSSD is not actually an AG school – not at its heart. Rather, it seems more accurate to describe it as a school of Bethel Church, intentionally modeled after Bethel Church’s own Bethel School of Supernatural Ministry (BSSM).

Anyone who knows the rocky history between the AG and Bethel Church will understand why a Bethel school passing itself off as an AG school would concern some people within the AG denomination.

Bethel Church split with the AG denomination in 2006 to pursue what it saw as a different and distinct calling. That calling has included the promotion of many teachings that have been publicly repudiated by the AG, including the teachings that modern “apostles” and “prophets” must hold governing offices in the church; that miraculous gifts are not distributed by the Holy Spirit as He wills, but rather that every Christian can learn to work miracles; and that it is the church’s task to set up God’s physical kingdom on earth prior to Christ’s return.[1]

In short, the AG’s officially stated doctrines and position papers are in direct conflict with many of Bethel’s teachings. And Bethel teachings have caused significant conflict in AG churches. (See my article showing how this conflict recently played out in one AG church in Northern California.)

In light of this troubled history and doctrinal conflict, my claim that the AG’s BSSD is actually a school of Bethel Church may seem difficult to believe. But, below, in what follows, I highlight key facts that show that BSSD is, essentially, a Bethel school – through-and-through – as opposed to an AG institute.

“In 2009 Kris Vallotton, Senior Associate Leader of Bethel Church, and Marty Pronovost, a Senior Leader of BSSD, envisioned a discipleship school on the North Coast. The school would be a sister school to Bethel School of Supernatural Ministry where students and young revivalists alike could to [sic] take part in kingdom culture, experience the love of God together for growth, receive healing and discover their identities as children of God…. We share the same core values and culture of Bethel Church in Redding, CA.”

The significance of the above points can’t be overstated. This is not simply an AG school that appears to have a casual connection to Bethel Redding. This is a Bethel-born school, conceived directly by Kris Vallotton, with the support of Bill Johnson, and with Vallotton’s son-in-law Marty Provonost (an ordained AG minster), along with Willy Bowles (another ordained AG minister and a district presbyter for the AG’s Northern California and Nevada District). Said differently, it is the brainchild of leaders at Bethel Church, working in partnership with some AG pastors and officials in the AG Northern California and Nevada District who have close personal ties to Bethel Church. And these individuals have, from the beginning, intentionally modeled BSSD after Bethel’s BSSM. This is a deep-seated connection, and Bethel plays an ongoing and important role in all aspects of the school.

And now BSSD is dispatching, into AG churches, pastors who have been molded theologically by Bethel Church — a church theologically at odds with the AG. This is a brilliant strategy for penetrating and taking over a denomination: seize the hearts of a whole generation of denominational pastors, give them networks of similarly envisioned people from the get-go, and you get more than just a few churches – you gain access to an entire network and denomination.

A Wake-Up Call for AG Leaders (and Other Denominations)

So, an important question is: how did this Bethel born-and-bred school ever receive official recognition as an AG institute in the first place? The school has clearly found support at the denomination’s district level, as seen by the fact that district leaders have had roles in founding the school, endorsing it, and teaching at it.[2] Is it possible that the other leaders in the district are simply unaware of the depth of the connections and relationship between the schools?

The school certainly warrants a closer look by those who may share concerns about Bethel’s influence, and those in leadership positions in the AG who are charged with maintaining the denomination’s doctrinal purity, given what has been coming to light about Bethel Church and the larger New Apostolic Reformation movement of which Bethel is a part.

In one sense, a takeover of the AG, at the district level, has already begun. Thus, it seems that, if the AG wants to reverse this takeover and prevent its spread to the AG at large, its leaders have no choice. They must act and intervene given the growing Bethel influence and the fact that this school claims to be an AG-sanctioned school preparing students for ministry according to AG General Council educational requirements.

[1] These Bethel teachings can be found in the sermons and literature of Bethel’s leaders, including Bill Johnson’s book When Heaven Invades Earth: A Practical Guide to a Life of Miracles. The teaching that, biblically, the proper church government consists of apostles and prophets can be found on the church website in the “About” section under the tab titled “Our Mission.” The teaching that all Christians can learn to work miracles is the foundation of Bethel School of Supernatural Ministry, where students are taught to work miracles. See the following AG position papers, which refute those teachings: “Apostles and Prophets,” “End-Time Revival: Spirit-Led and Spirit-Controlled,” and “The Kingdom of God.”

[2] Consider this e-mail — dated Sept. 3, 2019 — sent by AG District Presbyter Willy Bowles to AG churches in the Northern California and Nevada District. Bowles introduces the church’s pastors to the school and describes it as “an approved Bible institute for the Assembly of God denomination.” Since Bowles was then acting as a district presbyter,  he presumably had the authority to declare that BSSD is an AG-approved Bible institute. He also informs pastors that, through the school, their parishioners can receive an AG minister’s license. And he states that some of the school’s classes are taught by AG district leaders, including the district superintendent, Brett Allen, and the assistant superintendent, Sam Huddleston. The message of the e-mail is clear: this is an AG school, and it is endorsed by the district’s top leaders.

[3] For example, on September 13, 1949, the General Council of the Assemblies of God in the United States passed a resolution denouncing the extreme teachings and practices of the Latter Rain movement. (See Resolution No. 7.) The Latter Rain movement was a precursor to today’s New Apostolic Reformation (NAR) movement. Like the NAR movement and Bethel Church, it  taught that present-day apostles and prophets must govern the church.

[Editor’s Note: This article was written by Holly Pivec and first published at her blog site, Spirit of Error here, title changed by Pulpit & Pen]

Podcast: Church Traitors Should Be Tried and Ecclesiastically Executed