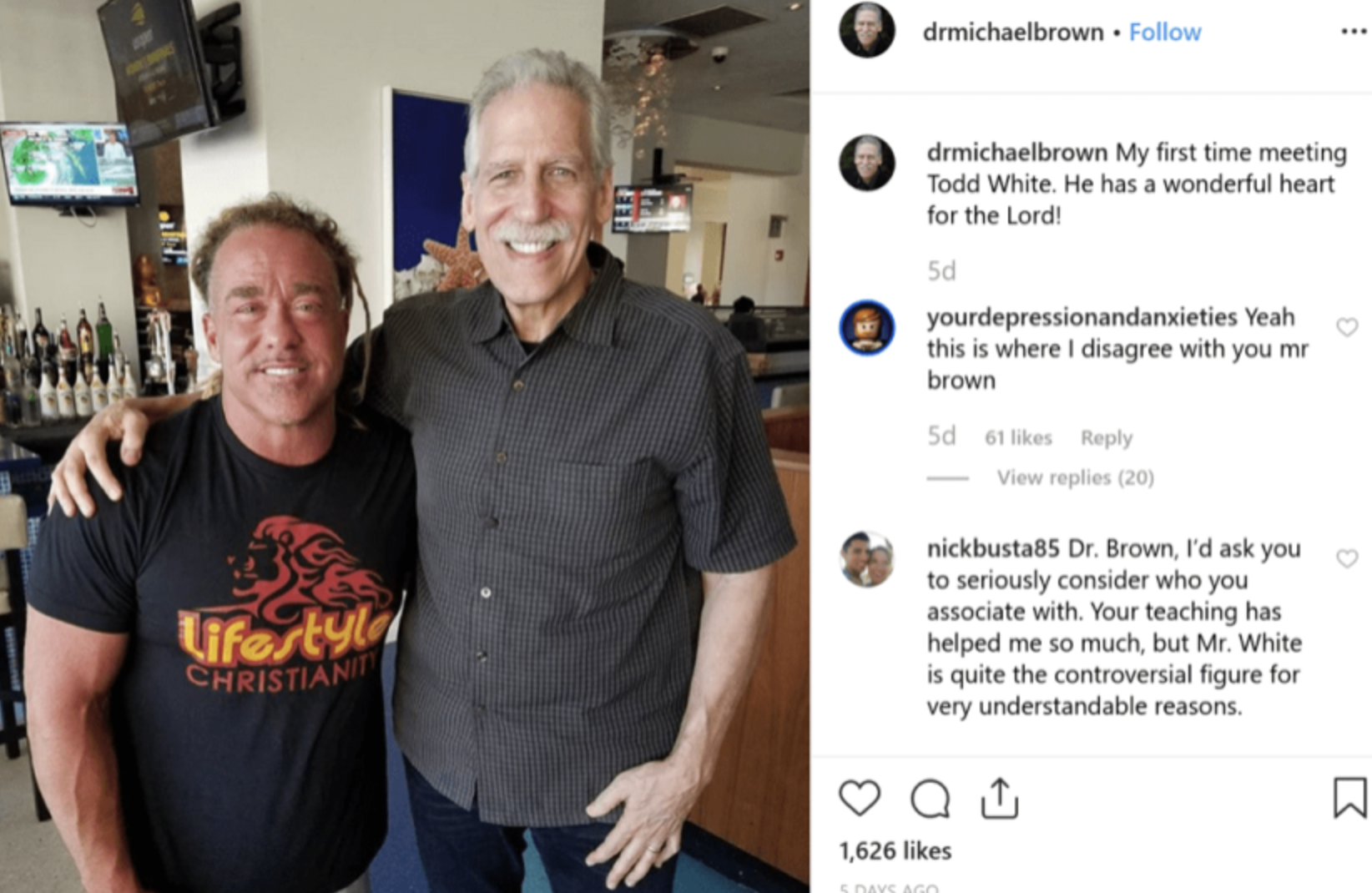 Michael Brown, who is treated as an innocent and harmless Christian by less-discerning evangelicals, has proven that no amount of unorthodoxy is left uncovered by deceiving smile and happy disposition. The man is a danger to the church. Churchwatch Central examines his most recent endorsement of parlor-trickery expert and mentalist, Todd White.

[Churchwatch Central] It is important to remember that like Todd White, ‘Apostle’ Dr. Michael Brown has his roots in the New Order of the Latter Rain ((NOLR) cult. Ultimately his agenda within the visible church is to further the spread and development of the New Apostolic Reformation. And let’s not forget his heretical NOLR views, to ‘raise up’ end time gods (aka New Breeds):

“Times of great evil lie ahead. God’s army must be equipped and trained.
Then it can come forth.A new breed of leaders must arise.”

This explains why Dr. Michael Brown refuses to deal directly with Bethel Church, as they also hold to this heretical doctrine – that true believers are ‘gods’ (a new breed) and that ‘the church’ is Jesus Christ Himself in bodily form (the NOLR callls this the Man Child Company’, Michael Brown and the NAR call this heresy the ‘One New Man’). This is why Dr. Brown will not openly talk about Todd Bentley and Todd White as also being little Christs on earth.

It’s one thing for Michael Brown to defend notorious heretics – it’s another to endorse and minister besides a man who claims to be ‘a god in human flesh’. The person who claims to be NAR ‘deity’ is Todd White:

Michael Brown recently posted a status on social media stating, “My first time meeting Todd White. He has a wonderful heart for the Lord!”

Brown claimed that this was his ‘first time meeting Todd White’. This is not true – just as in the past Michael Brown lied about never working with C. Peter Wagner (but later admit that he has), we demonstrate the same deception with his claim about Todd White. We have documented that Brown has ministered beside Todd White:

The place they met to minister was in Israel, with Brown’s Apostolic friend Daniel Juster. They all spoke at a New Order of the Latter Rain (NOLR) event, ‘Christ for the Nations’ – formerly Apostle Branham’s ‘Voice of Healing’ ministry, one of the first NOLR organizations to develop and spread around the world.

This is what Michael Brown and Todd White have in common – to this day they can both trace their heretical roots to the New Order of the Latter Rain movement:

“Christ For The Nations was originally founded as The Voice of Healing in 1948 by Gordon and Freda Lindsay. The ministry name was changed in 1967 to Christ For The Nations as a reflection of it’s now broader global vision…J. Gordon Lindsay was born to Thomas A. Lindsay and Effie (Ramsey) Lindsay in Zion City, Illinois, on June 18, 1906. Gordon was raised in an atmosphere of healing and Pentecostal experience, as his parents were followers of John Alexander Dowie, a famous healing evangelist.”

It’s worth noting who Dr. Brown worked for, early on his ministry:

“1983– 1987 – Christ for the Nations Institute of Biblical Studies, Assistant Professor of Old Testament and Hebrew Language”

Other statements Michael Brown has made are even more troubling. Dr. Brown has ‘divinely judged’ the hearts of discerning Christians, condemning them for biblically exposing his heretical companions, while ‘divinely declaring’ the hearts of these same heretics as upright before God! In his recent encounter with Todd White, it appears that Brown had utilized this same ‘divine power’ to declare the ‘wonderful heart’ of this ‘New Breed’ Todd White

Of course, we know Brown will not research the heretical teachings of Todd White, as he’s always “too busy.”

Michael Brown can no longer feign ignorance or hide his heresies. If he is willing to hug a ‘god in human flesh’ and claim to know that this ‘little god’ has a wonderful heart, then he has no business being respected as a brother in the body of Christ.

Linked below is a video of Patricia King talking with Todd White as to how he became a New Breed ‘deity’. You will note Patricia and Todd are using the same narrative with ‘Manifest Sons of God’ verses used by the ‘New Order of the Latter Rain’ and New Apostolic Reformation to justify how Todd walks in ‘intimacy’ with ‘the Father’.

Other men recognized as New Breed/Manifest Sons of God are Jim Jones and William Branham, and this is the culture and theology Dr. Michael Brown is peddling – and it is very disturbing he is pioneering it at the expense of biblical discernment and Christian integrity.

Do not assume Apostle Michael Brown embraced Todd White by accident. As Brown said, ‘God’s army must be equipped and trained’ which is why ‘a new breed of leader’ like New Breed Todd White ‘must arise’. And how can anyone now say Todd White is heretical? Given that Dr, Brown apparently has supernatural insight into Todd’s ‘wonderful heart for the Lord’,  who dares question Dr. Brown? 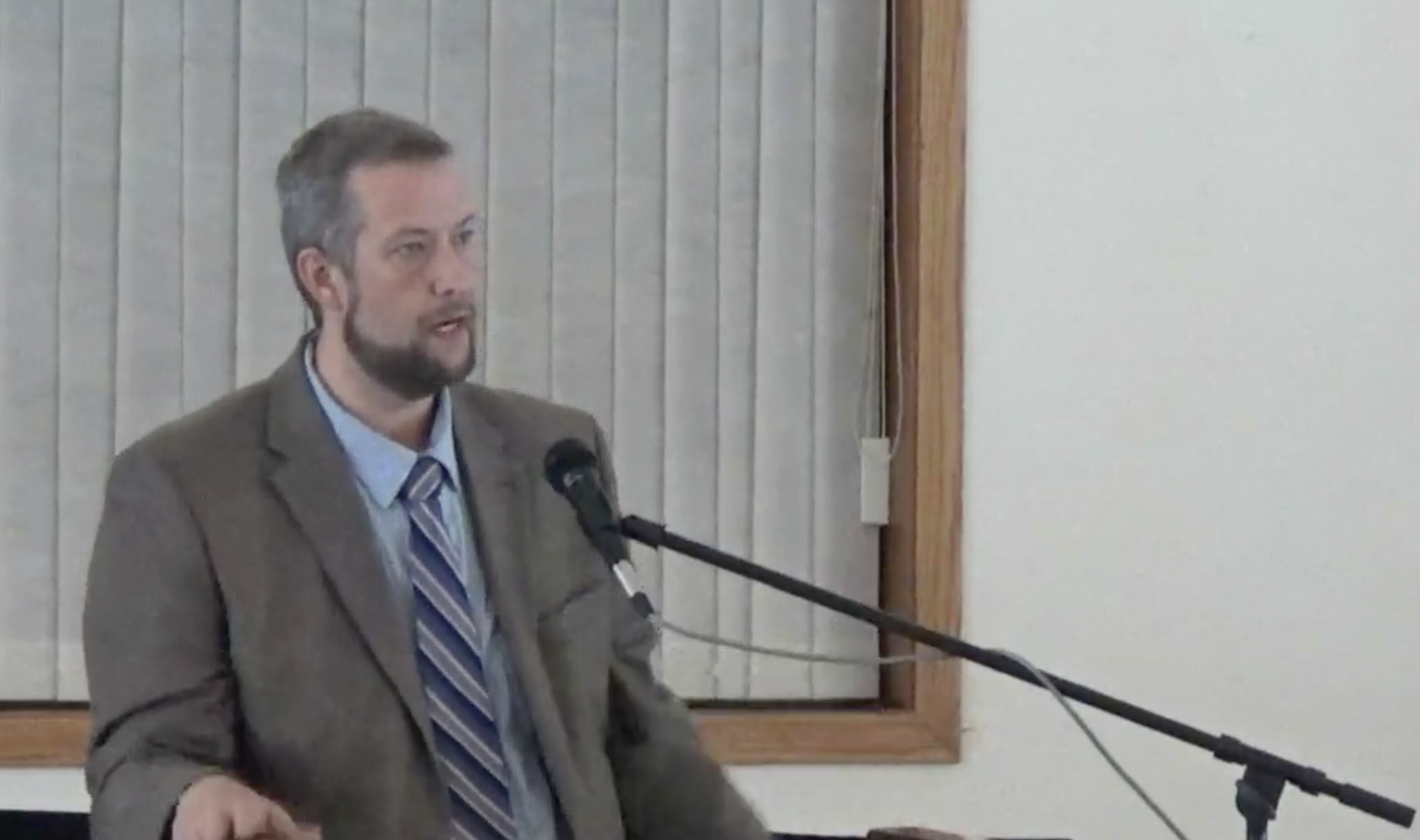 Sermon: We Will Not Shrink 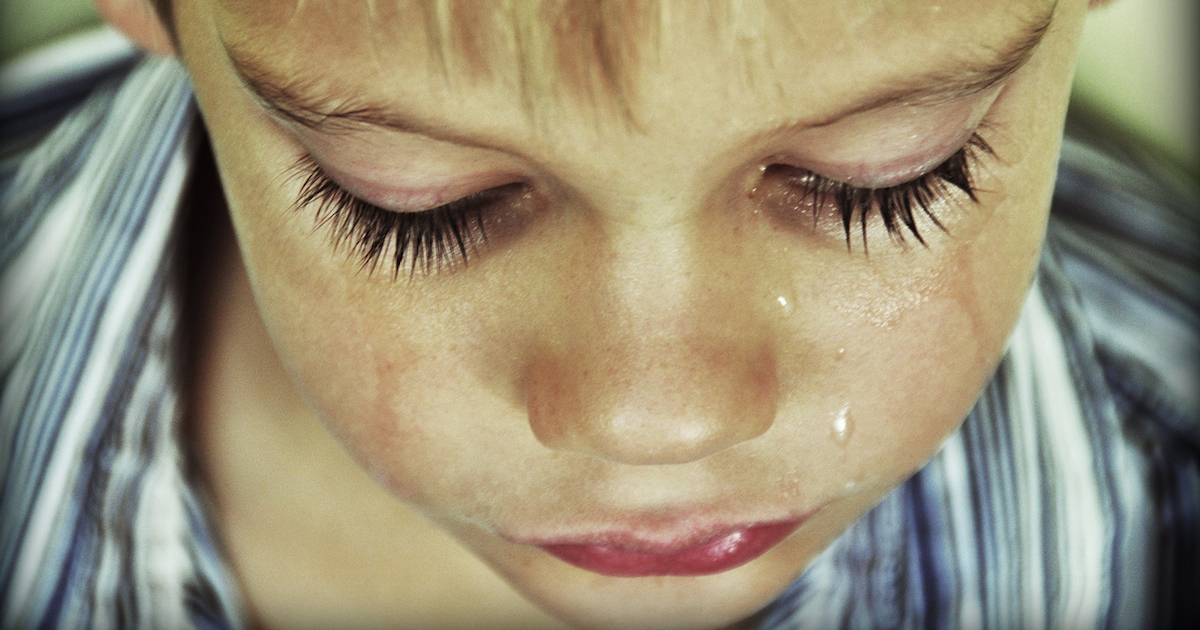 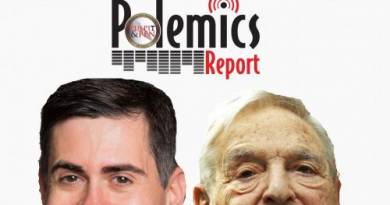 Video: The Truth About George Soros and the SBC