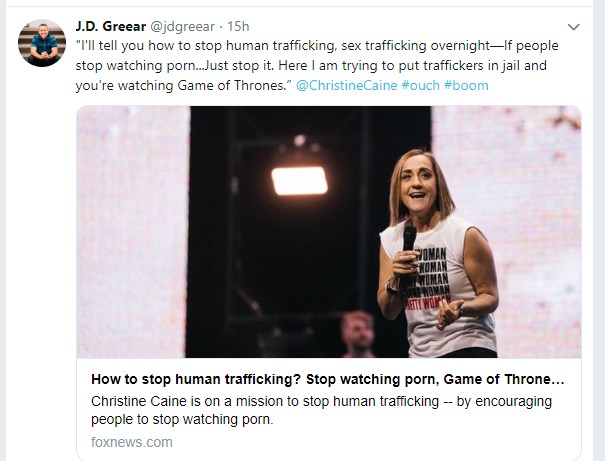 JD Greear, the Southern Baptist Convention’s Frat-Boy-in-Chief is like most typical megachurch pastors. He’s got the tight jeans, hip style, and pandering predisposition for political correctness. And recently, in a case of total self-unawareness, Greear signaled his virtue by endorsing an infamous Word-Faith heretic in order to attack sex trafficking, while simultaneously overlooking his own hypocrisy on the subject.

Greear says in the tweet above, “I’ll tell you how to stop human trafficking overnight – If people stop watching porn…Just stop it. I am trying to put traffickers in jail and you’re watching Game of Thrones.” @ChristianCaine #outch #boom

With her deep Australian accent, Christine Caine betrays her roots at the famous charismatic prosperity cult, Hillsong Church. Caine, who started her ministry at Hillsong, said that she considers Joyce Meyer her “spiritual mother.”

In spite of teaching Little God Theology, the Southern Baptist Convention thought that Caine was worth quoting on the subject of human trafficking. And to be fair to the heretical female preacher, Caine does have experience with crusading against sex trafficking, having started the A21 Campaign in 2008.

What stands out to people about Greear’s promotion of Caine in the tweet is the assertion that the Game of Thrones, which includes pornographic sex scenes, has something to do with sex trafficking. If defined as the ‘exploitation of women,’ an argument would have to be made that paying actresses to perform in simulated sex acts was coerced exploitation.

However, what’s ironic about Greear’s virtue signal is that if he was really, truly interested in stopping sex trafficking, the problem isn’t Game of Thrones. The problem is Greear’s own promotion of Martin Luther King, Jr., who by all accounts was engaged in the shameful abuse, exploitation, and actual trafficking of women.

Human Rights organizations call prostitution sex trafficking if a “pimp” is involved which takes the money and barters deals for women to offer up their flesh (as opposed to women who are marketing themselves). This is the type of prostitution, no doubt, engaged in by MLK, Jr., according to recently released FBI files.

And yet, Greear and other ‘woke’ evangelicals continue to promote the work and life of Martin Luther King Jr.

JD Greear preached a message in honor of Dr. King called A Mountain Top Moment, in which he said, “Sometimes I get discouraged with our lack of progress. But when I listen to the words of Dr. Martin Luther King Jr., I don’t hear the voice of one defeated or discouraged. I hear the voice of someone who has seen something-something, in God’s power, possible; something God wants to give.”

Greear did a video entitled, In Honor of Martin Luther King, in which he dedicated a special day at Summit Church for MLK Day.

Greear wrote another post, What We Have to Learn from Dr. King.

In fact, if you visit JD Greear’s website, you’ll see a whole host of article dedicated to Dr. King.

Greear is constantly virtue-signaling by appealing to King in social media.

If you really care about the exploitation of women, please stop quoting Dr. King. Please stop honoring his memory. He was a lost man who exploited women.

It’s time we start signaling virtue, if at all, by tearing down all statues and memorials to Dr. King as a sign that our culture will value and highly regard women. 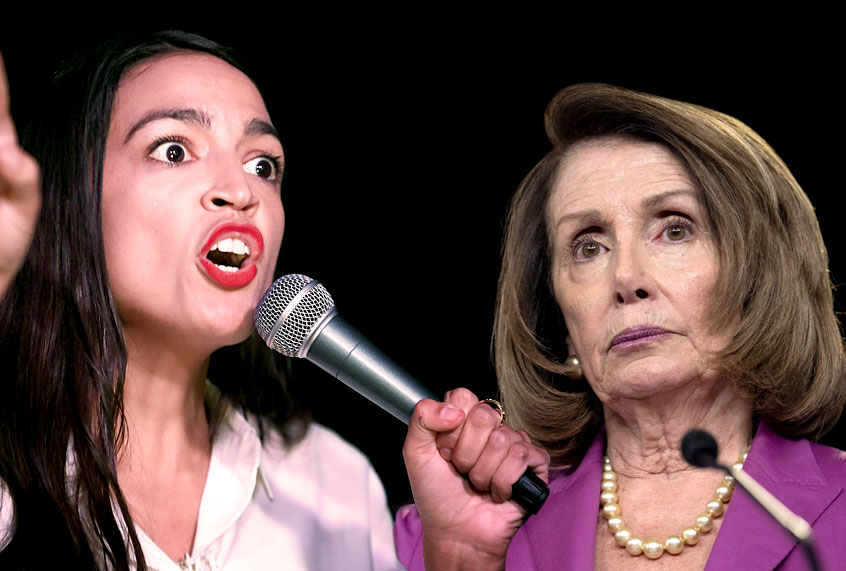 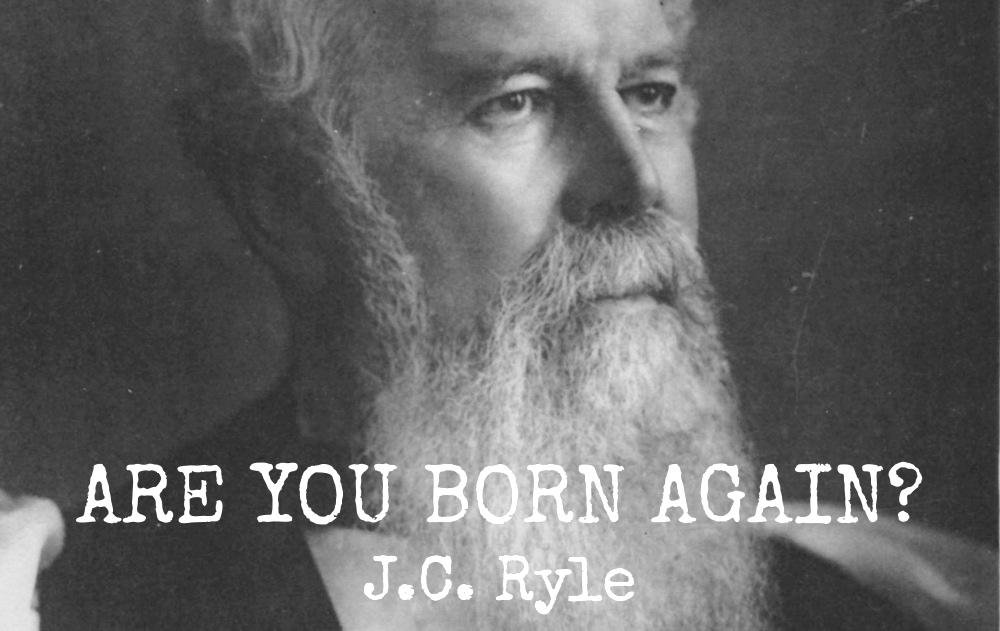 Six Great Marks of A Born-Again Christian by J.C. Ryle