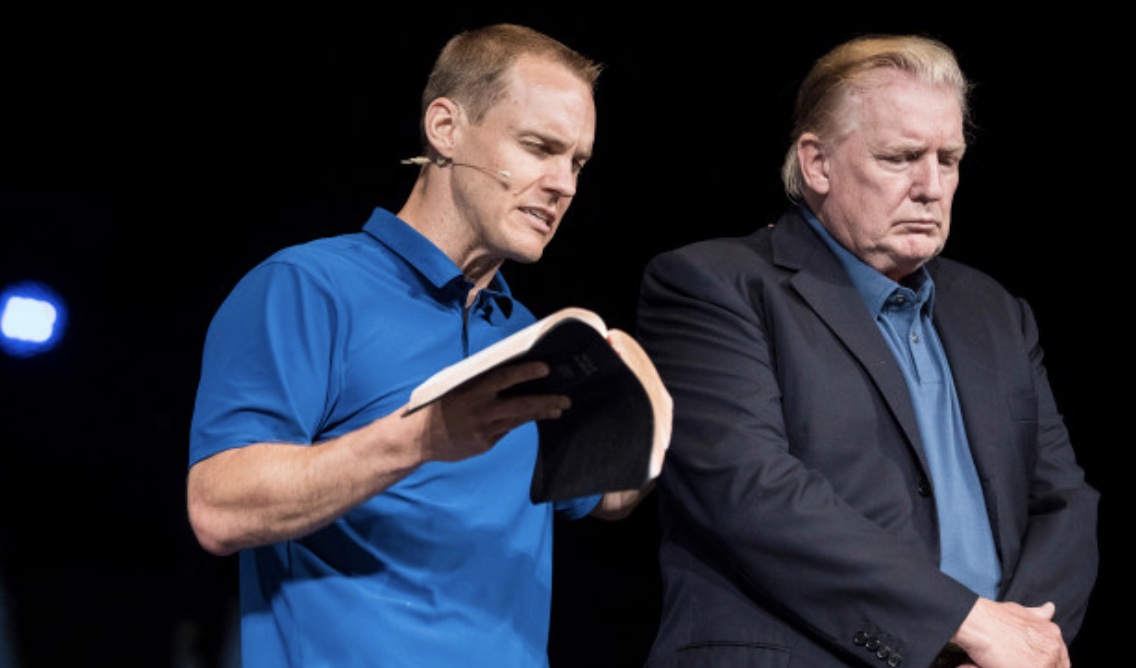 This Sunday, Donald Trump joined Pastor David Platt on the platform at McLean Bible Church in Northern Virginia for prayer.

Trump’s appearance came on the heels of Franklin Graham’s call for a national day of prayer for the President and a tragic workplace shooting in nearby Virginia Beach which claimed the lives of 12 victims. Trump’s appearance at an evangelical church service has both incensed liberals, who see his appearance as an act of pandering to the right, and emboldened conservatives, who are happy to see their faith being recognized and valued by a sitting President.

In what can fairly he described as a petty move, The Huffington Post took issue with Trump’s clothing and hair in its Sunday evening report, which incorrectly identified McLean Bible Church as non-denominational (it’s Southern Baptist). Trump, who did not attend Sunday services at McLean, stopped by the church on his way back from a golf outing.  Frankly, HuffPo seems far out of touch with evangelical culture in its critique of Trump’s dress and hat-hair.  The pastor of McLean, David Platt, is perhaps the most respected Southern Baptist in not just the United States but the world.  Services at McLean are far from requiring a suit and tie.  The pants Platt was wearing rival Arn Anderson’s wrestling trunks in tightness.  Trump respectfully removed his hat as Platt prayed for him and his jacket was appropriate for the occasion.

Depsite how the situation might have appeared to progressive critics, no one familiar with the ministry of David Platt would ever accuse him of being a “Trump conservative” in the vein of Jerry Fallwell, Jr and Robert Jeffress.  Platt almost certainly considers Trump to be a non-Christian in need of salvation and guidance from the Almighty. He prayed for him as such. Depsite the sappy background music played during Platt’s prayer, the pastor presented a biblically sincere appeal to God for his country’s leader.

Perhaps God will answer it.

Trump is far from a moral man and just last week indicated that he was celebrating Gay pride month.  Christians recognize that Trump is desperately in need of God’s grace.  Sunday morning David Platt wisely and lovingly asked God to give it to him.

For a statement from David Platt on Trump’s appearance, see this link.

Beth Moore Teams Up With Joyce Meyer for LoveLife 2016 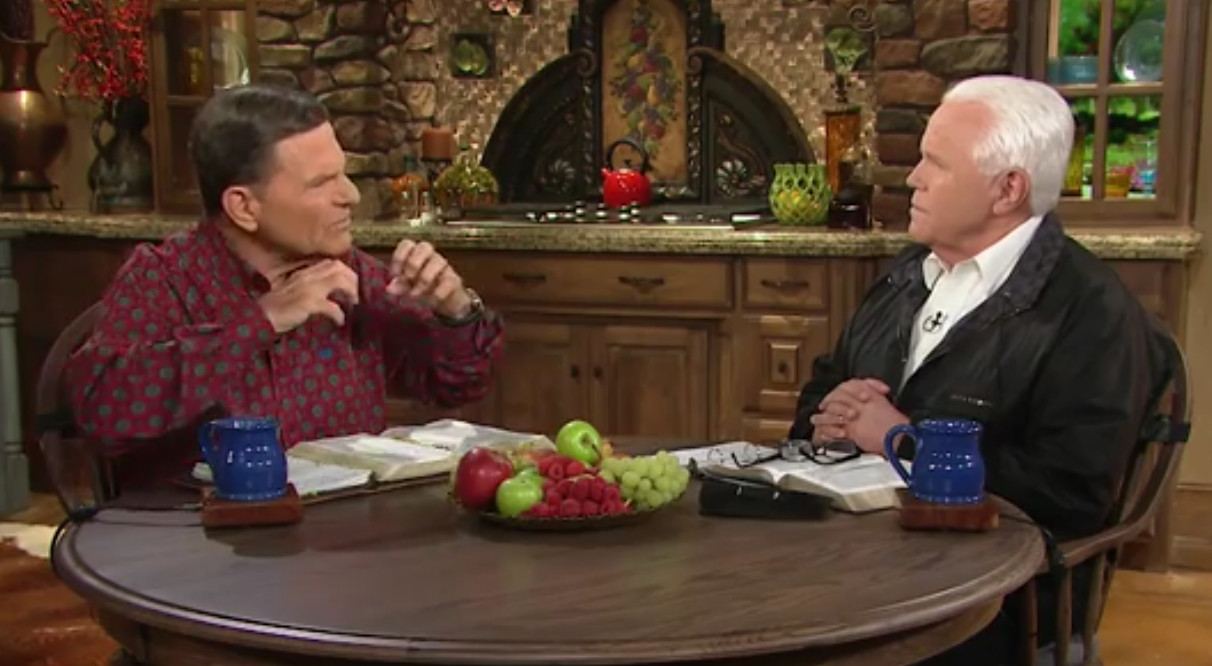 Jesse Duplantis, Kenneth Copeland: God Gave Us Jets So We Could Have Private Prayer Time.