Jussie Smollett will forever be known as the celebrity who put a noose around his own neck, paid his friends to lightly beat him up, and falsely claimed that MAGA hat-wearing Cretans gave him a racist and homophobic working-over. Fewer will remember the name of ‘Charlie’ Rogers, a lesbian from Lincoln, Nebraska, who carved a cross on her chest and falsely claimed that she was beaten for being a sodomite. Fewer still will know the names of hundreds – if not thousands – of fraudsters who wrongly claim to be the victims of so-called “hate crimes.”

However, Wilfred Reilly, writing for USA Today, claims to have found at least four-hundred such fraudulent faux-victims. Those are only the ones substantiated by the journalist, with thousands more probably fake claims out there. Each and every claim of a hate crime is reported in the press and investigated by police. Rarely does the media report when the investigation ends with the finger of empirical evidence pointed back at the alleged victims. And yet, it happens all the time. The Yasmin Seweid, Air Force Academy, Eastern Michigan, Wisconsin-Parkside, Kean College, Covington Catholic, and “Hopewell Baptist burning” incidents all name just a few. According to the research, there are approximately 7 thousand reported hate crimes in America each year, with about 10% provenly false and many (if not most) of the others unsubstantiated.

Many ask the question why? Why would a lesbian carve herself up with a knife? Why would a black gay actor in Chicago blame his self-beating on the only two MAGA-hat wearing Republicans in New Chicago? Why would Kyle J Howard – who is half-white and whose wife is Asian – claim his wife was afraid to be alone at Southern Seminary because of racism and why did he claim to be afraid to be left alone with James White? Why did those women make up allegations against Judge Brett Kavanaugh?

Where did all the imaginary, play-pretend, fraudulent, fake, phony, baloney victims come from and why are they here? Furthermore, what should a Christian think about the epidemic of witness regarding victimization?

Victimology is the invention of Critical Race Theorists and Cultural Marxists, designed to oppress minority groups by making them identify with victimhood, which only results in stifling their innate genius, resolve, and ambition to better their own condition. By identifying as victims, even when there is no real victimhood, the division between identity groups grows and cultural dissension is increased, accomplishing the ultimate goal of Marxism, which is civil unrest.

As Anthony B. Bradley, PhD (before he became a ‘woke’ Social Justice advocate who now blatantly engages in Victimology himself) wrote at the Acton Institute:

Black liberation theology actually encourages a victim mentality among blacks. John McWhorters’ book Losing the Race, will be helpful here. Victimology, says McWhorter, is the adoption of victimhood as the core of one’s identity – for example, like one who suffers through living in “a country and who lived in a culture controlled by rich white people.” It is a subconscious, culturally inherited affirmation that life for blacks in America has been in the past and will be in the future of being victimized by the oppression of whites. In today’s terms, it is the conviction 40 years after the Civil Rights Act, conditions for blacks have not substantially changed.

Victimology serves three main purposes for Marxism, as defined in the aforementioned work at Acton:

First, victimology condones weakness in failure. Victimology tacitly stamps approval on failure, lack of effort, and criminality. Behaviors and patterns that are self-destructive are often approved of as cultural or presented as unpreventable consequences from previous systemic patterns.

Second, victimology hampers progress because, from the outset, it focuses attention on obstacles. For example, in Black liberation Theology, the focus is on the impediment of black freedom in light of the Goliath of white racism.

Third, victimology keeps racism alive because many whites are constantly painted as racist with no evidence provided. Racism charges create a context for backlash and resentment, fueling new attitudes among whites not previously held or articulated, and creates “separatism” – a suspension of moral judgment in the name of racial solidarity.

In short, it pays to be a victim. Sympathy is the currency of narcissists. It makes people feel good to receive sympathy and turns victims into instantaneous heroes for no reason other than that they were victimized (which feeds the narcissism). Likewise, showering sympathy upon the allegedly oppressed signals virtue which, again, makes narcissists feel good about themselves.

Believe it or not, there was a time when people felt ashamed for being a victim. Although not an entirely healthy phenomenon, there was once a time when genuine self-reliance was valued highly, and mature and well-adjusted individuals wanted to be known as anything but a victim. The line between victim and survivor is sometimes a fine one, and one often blurred by today’s media. There was a time, not long ago (like during the Civil Rights Movement) when being helpless wasn’t or a bragging point.

Cultural Marxism requires identity groups to take upon themselves the mantle of helplessness, victimhood, and self-paralyzation. They then petition the majority identity groups – who they would view as the power class – for help, special privileges, or reparations. Hence, victimization is currency.

The Bible shows no sympathy for victimology, even though it requires justice (real justice, the kind that puts perpetrators to death) for crime victims. Finding identity in victimhood, however, is foreign to the Biblical narrative or Scriptural ethos.

The Children of Israel were enslaved for 400 years in Egypt, a time period exceeding the American slave trade by nearly a century. They were then aliens and sojourners in the wilderness for 40 years. Israel then became pilgrims and settlers in the Promised Land.

Instead of lamenting their multi-generational trials, tribulations, victimization, and slavery, the Israelites found their stride by successfully competing for resources and land in Canaan. Rather than identifying as perpetual victims, the Israelites went on to become conquerors and would identify by their saving covenant with Yahweh rather than their bondage to Pharaoh.

Victimology would not have helped the people of God. There were no hand outs, welfare checks, or reparations in the days of the ancient Near East. Even when the Children of Israel became slaves and exiles twice more (once in Babylon and once in Persia), they again returned to rebuild their homeland and pick themsleves up by their sandle-straps.

When victims are considered brave for nothing other than that something happened to them, it de-incentivizes people to do something for themselves.

And when victimhood is turned into currency, it should be no surprise that it is counterfeited. 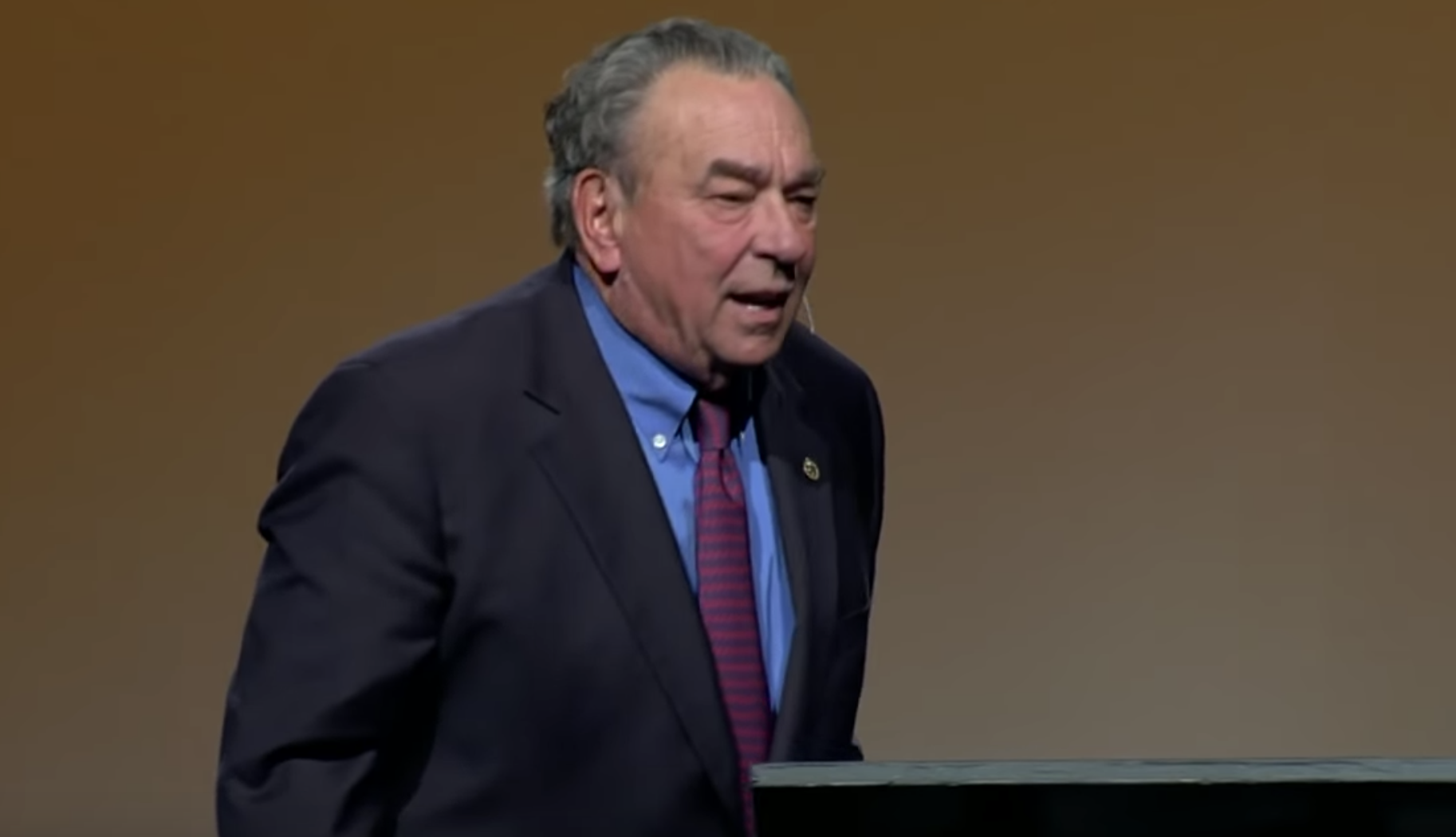 RC Sproul on Evil and Where It Came From

Goodbye Virgin Mary? Pope Says Jesus is Born ‘In Womb of the Church’