[Medium] Amid backlash, evangelical leaders are finally acknowledging sexual abuse — but not a high-profile preacher allegedly facilitating it. Why?

One afternoon in late 2014, a friend told me that he’d been blocked on Twitter by The Gospel Coalition.

The sheer power and influence that The Gospel Coalition (TGC) holds is mind-boggling. The group is an online evangelical juggernaut that was co-founded by Tim Keller, a popular New York City pastor, respected by liberal and conservative Christians alike.

TGC’s online articles — which cover anything from Christian living to Bible and theology — generated 74.8 million page views in 2016. The group’s 2017 conference drew 10,000 attendees, paying roughly $200 a ticket. The TGC council boasts some of the most influential leaders in modern evangelicalism, including Al Mohler, Russell Moore, David Platt, and John Piper. We’re not talking about small fish. We’re talking about an organization with the financial means and influence to do whatever the hell it pleases.

So, if you’re Goliath, why block the ant on Twitter?

Intrigued, I asked my friend what he’d done to incur the wrath of TGC. “I asked them why they’ve been silent about the Sovereign Grace Ministries sexual abuse case. I told them we should listen to the victims.” Shrugging, he continued, “They seem to protect their buddies involved in the case and blocked me for asking. Blocked a ton of other people, too.”

Curious, I opened Twitter and found a number of users who had used the hashtag #IStandWithSGMVictims and then reported being blocked by TGC’s account. Over the next few years, this would become a common response from the organization whenever it was faced with questions about its practices, or criticized for posting articles like this one: “When God Sends Your White Daughter a Black Husband.”

“What happened at Sovereign Grace?” I mumble as I continue to scroll through tweets.

My friend waits until I look up from my phone. His face shows genuine concern. “How deep down the rabbit hole do you want to go?”

Down the Rabbit Hole

Sovereign Grace’s origin story begins in the early 1970s when Mahaney, then a twentysomething, long-haired hippie, wandered into an evangelical prayer meeting led by evangelist Larry Tomczak. Mahaney became a born-again Christian, and soon he and Tomczak began attracting large crowds. By 1982, the two men had opened several churches that eventually became SGM. Tomczak left the church in the late 1990s after a falling out with Mahaney, but his departure didn’t slow SGM’s momentum. Instead, Mahaney rose to prominence in evangelical circles and became close friends with several influential council members of both TGC and the famed Southern Baptist Convention (SBC), a fellowship of over 47,500 Baptist churches in the United States and its territories.

While I had never heard of SGM churches before my friend named them in a sexual abuse scandal, I knew of C.J. Mahaney. When I became a Christian in 2008, I looked to TGC as a source of information, discovering all kinds of up-and-coming “celebrity” pastors. Their neo-Calvinist views and machismo were alluring to an impressionable young combat veteran like myself, and I often listened to sermons by Mahaney, though without knowing the name of his association of churches (SGM). Over time, I became disillusioned by the callous nature of some of the pastors at TGC — Mahaney included — so I distanced myself. Several of their sermons involved yelling at men, patronizing women as sexual vixens, and allowed little to no dissent or discussion around minor biblical issues. Now, I found myself once more in their grips — this time, as a shocked observer.

My curiosity drove me to read report after report, online. I found a few websites that compiled allegations of sexual abuse like SGM Survivors and SGM Refuge (the latter has since shut down). On the sites, allegations from former parishioners described rampant sexual abuse and subsequent cover-ups by church officials. The stories allege that church officials told victims not to report their abuse to law enforcement. Officials allegedly made the abusers and victims (often a child, sometimes as young as three years old) reconcile, and reminded the parent’s victims of the Bible passage telling them, “Do not take believers to court.”

The biggest blow to SGM came in 2012, when a former youth group leader named Nathaniel Morales was arrested and tried in Maryland for child sexual abuse. During Morales’s time volunteering and singing at Covenant Life Church — SGM’s main campus — he sexually assaulted three teenage boys and, later, allegedly assaulted two of his stepsons, according to his ex-wife, with whom I spoke. He would target the boys during church sleepovers in which they would wake up to Morales fondling or orally raping them. During Morales’s trial, the defense attorney questioned Grant Layman, a pastor on staff and Mahaney’s brother-in-law. Here’s a segment of the cross-examination:

Grant Layman: “I believe so.”

Each time Layman was questioned regarding the church’s knowledge of the sexual abuse and whether they reported the incidents — ranging as far back as the 1980s — to the police, his answer remained the same: No, they did not. In 2014, Morales was convicted and sentenced to 40 years in prison. However, the civil suit that family members brought against Mahaney and SGM was thrown out due to Maryland’s statute of limitations. No official proceedings ever took place to determine whether there had been a cover-up, despite Grant Layman’s court testimony.

Once the backlash against Mahaney and SGM reached a crescendo — two years after the events were made public — Mahaney denied the allegations, stating:

“I have never conspired to protect a child predator, and I also deny all the claims made against me in the civil suit.”

“How’d you find out about me?”

Brent Detwiler’s voice is whimsical and calm when we connect over the phone. According to some, he’s a bitter, self-serving board member who was ousted from C.J. Mahaney’s church. According to others, he’s a whistleblower who bravely challenged a system of abuse. I wasn’t sure what to think of Detwiler, but the evidence he compiled over the years regarding SGM, subsequent cover-ups, and fraudulent activitywas extensive.

Detwiler’s knowledge of Sovereign Grace goes back several years, as he was one of its original leaders. He served as a pastor and on their board of elders, remaining a close friend to Mahaney from 1974 until 2009. Over time, he says he noticed patterns in Mahaney’s behavior that disturbed him, which included: deceit, the illegal use of funds, fraud, and, after he left SGM, the cover-up of sexual abuse.

Following Matthew 18, which describes the steps Christians take toward reconciliation, he first approached Mahaney privately. (C.J. Mahaney didn’t respond to multiple requests for comment.) When it became clear nothing was changing, Detwiler involved other church leaders. As more time passed, Detwiler compiled 600 pages of emails and ministry documents that he sent to the board and fellow pastors. After he was ousted from the church, Detwiler posted, online, what became known as “The Documents.” Tens of thousands of people have now read this paper trail. A representative from Sovereign Grace said the following of the documents: “We cannot verify the precise nature of all the information Brent Detwiler has provided SGC. He has publicly disseminated large volumes of documents, accusations, slander, and misinformation.”

I tell Detwiler how my friend’s Twitter blocking led me to him. Then I ask him whether C.J. Mahaney was lying.

“Absolutely… and I can back up that claim up with documentation. In an affidavit I filled out, there were 14 exhibits that included emails between C.J. and the victims,” Detwiler tells me. “He was extensively involved in counseling at least some victims and was completely aware of the situation.”

Detwiler isn’t the only one claiming Mahaney was involved with church victims of sexual abuse — several victims have also spoken out. I took the following screen capture from the Wartburg Watch, a Christian watchdog organization. The organization has been working with SGM victims for several years, in addition to helping other sexual abuse victims from churches across the U.S.

I spoke with Dee Parsons, one of the founders of the Wartburg Watch. Like Detwiler, Parsons stated there’s “no way” Mahaney is telling the truth.

[Editor’s Note: This article was written by Benjamin Sledge and originally published at Medium.]

Is The Gospel Coalition Editor, Joe Carter, a Shameless Racist? 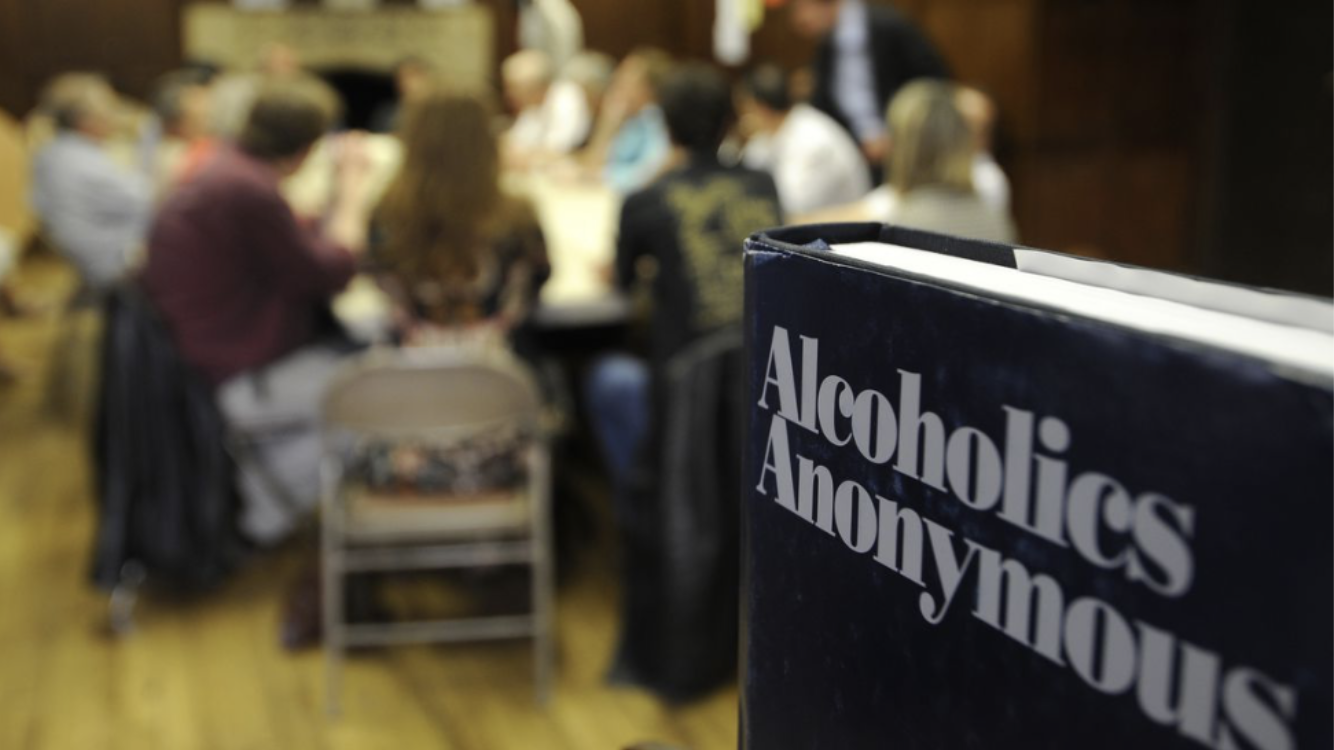 Special Episode of the Pulpit & Pen