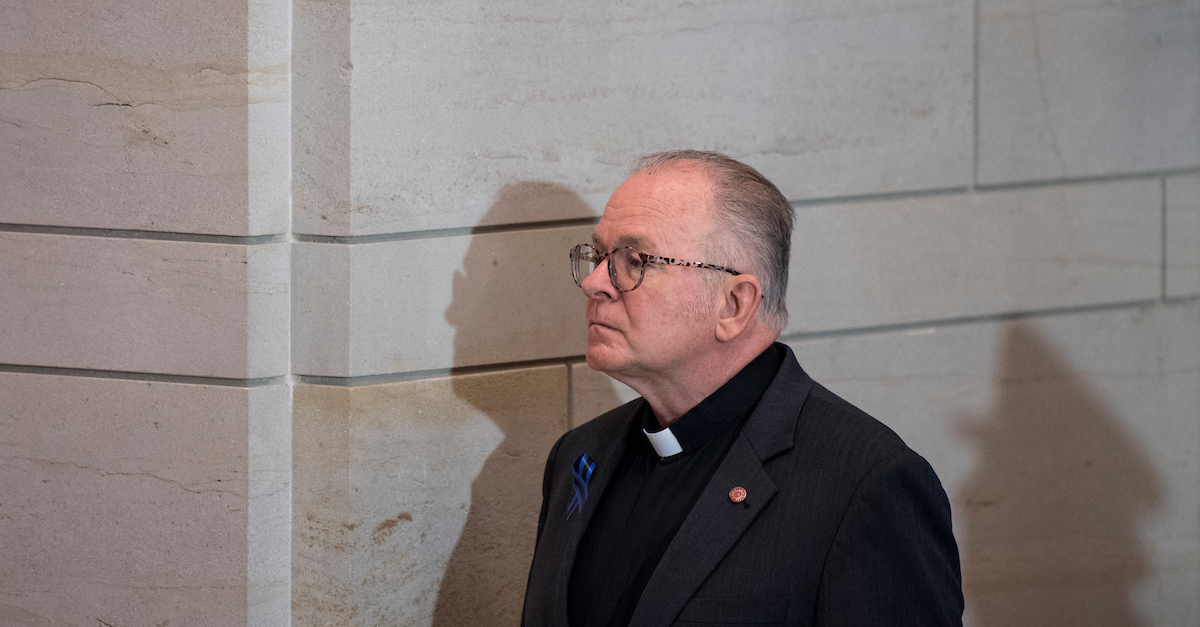 [Liberty Voice] Democrats, who now hold the majority of House seats, have voted that Father Patrick J. Conroy will remain as their chaplain. They solidified their intent by granting him a new two-year contract.

In April 2018, former Speaker Of The House Paul Ryan asked the Jesuit Priest to submit his resignation. Conroy agreed and included in the resignation that it would take effect on May 24, 3018.

Nancy Pelosi, the Democrats and a few Republicans pulled together to support the priest. As a result, Conroy withdrew his resignation and on May 3, 2018, and Ryan concluded that the priest would remain chaplain.

In a video found on “YouTube” which is not dated, Conray is seen as saying that the Catholic teaching and thoughts pertaining to homosexuality is outdated, and that the Church needs to change with the times. Conroy continued in the video, stating that humans conceive male to female, but human sexuality is not about procreation, it is about more than that.

Ryan’s staff said that the reason the priest was asked to resign was because of concern regarding a prayer Conroy delivered on Nov. 6 during a deliberation regarding tax overhaul.

Conroy said in his prayer that he hoped the efforts of Congress assure that under the new tax law there will be no winners and loser, but it will be balanced and all Americans will share in it.

Ryan stated he disagreed with his staff’s statements and Conroy was not fired for that reason.

One of the people on the committee to fill the position which would be vacated by Conroy was Mark Walker (R-North Carolina). He said he wanted an individual for the position whose was nondenominational, someone shepherding a multicultural congregation.

Nancy Pelosi released a statement expressing that she strongly disagreed with the decision Ryan made regarding Father Conroy. She found it particularly peculiar that Ryan asked for the resignation at the end of his term knowing he was unable to fire Conroy directly.

The House has no rules on the process to remove a chaplain from their position.

Members of the Congress who opposed Conroy’s dismissal raised concerns that Ryan was being driven to fire Conroy by evangelical Republicans whose views differ from the Jesuit’s beliefs. The focus of a Jesuit is to focus on service to the community and education. They also have more liberal beliefs in terms of religion compared to those who consider themselves a traditional Catholic. 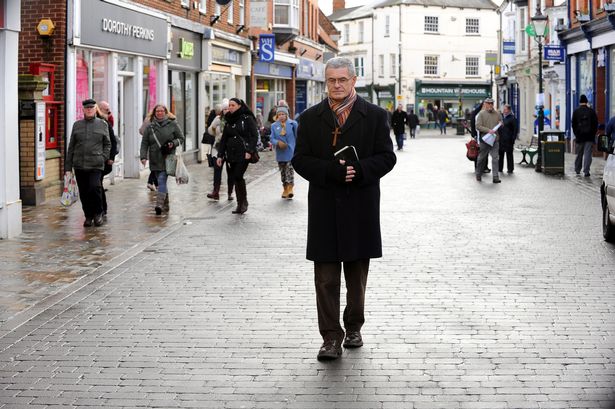