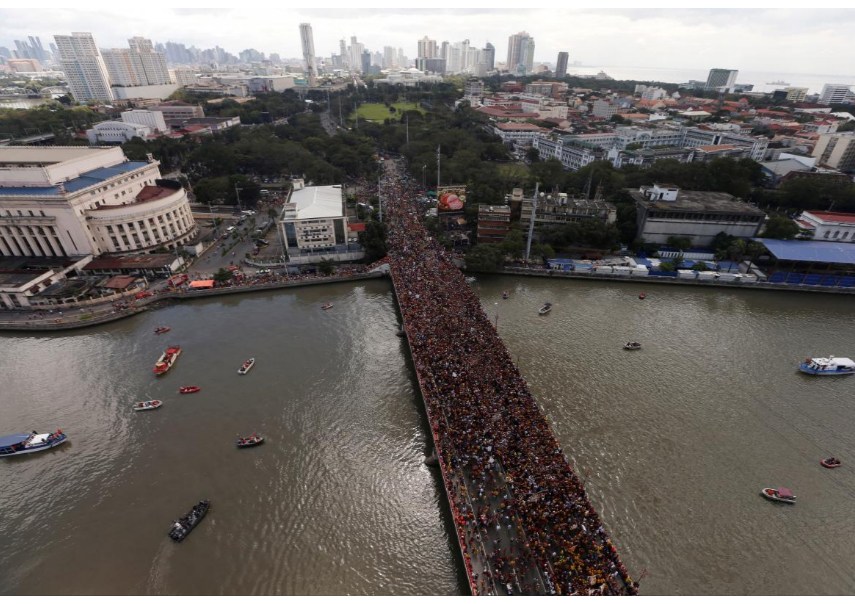 [Reformation Charlotte] MANILA (Reuters) – Hundreds of thousands of Filipinos joined an annual procession in the Philippine capital to kiss or touch a centuries-old black wooden statue of Jesus Christ, believed to have miraculous healing powers, in a grand display of Catholic devotion.

The devotees, mostly walking barefoot, surrounded the carriage bearing the life-sized image of the “Black Nazarene” shouldering a heavy cross as it paraded through the city.

Many of them, in yellow and maroon shirts, threw white towels to people on the carriage to wipe on the statue, while others jostled to touch the thick ropes used to pull the carriage, believing the slightest touch would bless and heal their illnesses.

About 80 percent of the more than 100 million people of the Philippines are Roman Catholic. The Philippines is renowned for its colorful religious rituals, and the celebration of the “Black Nazarene” is a tradition in the former Spanish colony that goes back more than two centuries.

The increasing number of devotees showed the growing strength of the Catholic faith, Manila auxiliary bishop Broderick Pabillo said in response to criticism that the procession borders on idolatry.

“Let’s deepen our understanding of spirituality,” Pabillo was quoted by DZMM radio station as saying.

It is not known why the statue, which was carved in Mexico, turned black. There are myths that the original statue donated by Spanish priests was burned as a fire erupted on the ship that carried it to the Philippines in the early 17th century.