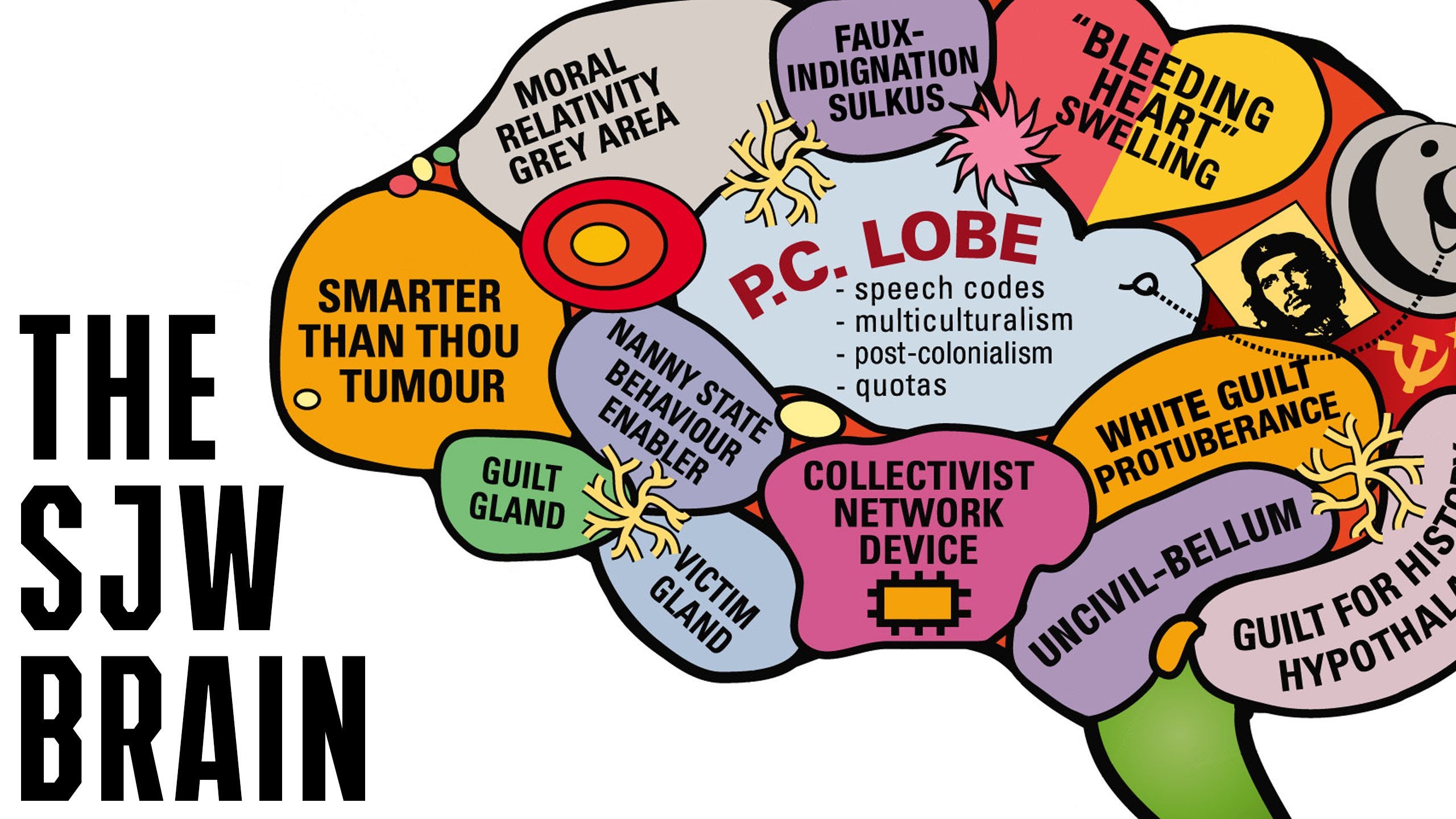 [Center for Cultural Leadership]
Cultural Marxism, a designation Leftist dvocates despise and naïve evangelical proponents reject, has always exploited Orwellian Newspeak to identify itself lest its origins with Karl Marx and Friedrich Engels be exposed. It began long ago after Marxism’s failure to achieve worldwide revolution following WWI. Marxism began to morph under the ingenuity and directives of Italian Antonio Gramsci, Hungarian György Lukács, and the multiple members of the Frankfurt Institute for Social Research who birthed Critical Theory, with its various iterations, all appealing to pompous, pretentious, eggheaded, erudite sophisticates at America’s universities who imposed the poison pill upon a whole generation of students beginning in the 1960s, perverting their morals and ethics and twisting their reasoning, Cultural Marxism continues its Long March through the Institutions under various designations but always with the same Marxist agenda.

Once college and university students of the 1960s and 1970s who had joined the Long March graduated, they perpetuated the Transforming of America by imposing Critical Theory upon the American society and culture. Advocates of Critical Race Theory hijacked the Civil Rights Movement of the 1960s by shifting the achievement of Equality Before the Law and the demise of Jim Crow Laws. How did they accomplish this? The Critical Race Theorists of Cultural Marxism achieved it by exploiting Newspeak with the hope that Useful Idiots would hear “Equality Before the Law“ when they fully meant “Equality of Outcomes.” They exploited the same Newspeak appeal when speaking of equality of the sexes. The naïve, the ingenuous, and the Useful Idiots applauded the affirmation that male and female are equal, which is a truism if the context is “before the law,” but the apparatchiks of Cultural Marxism had in mind utopia, the eventual erasure of all distinctions between males and females as their substitution of “gender” for “sex” presaged. Instead, they spoke of Equal Outcomes as they patiently bided the time until they could make their demands more explicit in subsequent generations. For a generation they have touted their slogan, ad nauseam, “Equal Pay for Equal Work,” which was actually established by law (Equal Pay Act of 1963), but the facts have never deterred Cultural Marxists from their repetitive sloganeering that denies reality and subverts the truth.

College graduates who had been subjected to Critical Theory’s doctrine of Equal Outcomes brought the dogma with them into their careers, whether law, politics, industry, or education. Thus, Cultural Marxism’s Critical Theory took on various iterations but always advanced its universal cause that invariably entails its design for cultural revolution, the notion that equality within any society is fictional and immoral unless that society achieves Equal Outcomes. Perhaps its most influential domain became government-sponsored education where “Outcome-Based Education” (OBE) which sounds so noble and righteous, mingled with the “Self-Esteem Movement,” became crucial features of the philosophy of education that reigned supremely from the 1970s onward, though the buzzwords have changed. Outcome-Based Education has corrupted every generation of American students since its inception. Thus, apart from parental instruction and guidance, children and grandchildren of the 1960s generation became Cultural Marxism’s compliant and unwitting apparatchiks.

Since its beginning, Cultural Marxism’s Long March through the Institutions, that has exploited Newspeak Political Correctness, eventuated in the rise of President Barack Obama who instantiated and embodied the essence of Critical Theory, with all its nuances and iterations concerning world cultures, race-ethnicity, male-female, same-sex sexual relations, etc., as well as all the features of Cultural Marxism with his outspoken agenda to Transform Americaboth domestically with Class Warfare and internationally with the mantra that no culture is better than any other culture, derogating the United States of America as he did during his first 100 days in the presidency in 2009 while on “The Apology Tour.” Thus, Rush Limbaugh rightly stated, “I hope President Obama fails,” a statement which, despite his full and adequate explanation that he was referring to Obama’s “Transform America” agenda, the Useful Idiots of the Mainstream Media seized upon it as an ad hominem and racist attack upon President Obama.

Of course, the politically ambitious Community Organizer from Chicago could never have become President Obama apart from the corrosive, destructive, and poisonous Long March of Cultural Marxism’s Critical Theory through America’s institutions. Critical Theory’s exploitation of its subjects by way of Sensitivity Training, a form of brainwashing, during the 1960s with its varied iterations since has subjugated subsequent generations to the tyranny of Political Correctness, the holiness speech code of Cultural Marxism. Since the 1960s Cultural Marxists have used a variety of designations for Sensitivity Training that conceal their continuity with the early forms of brainwashing that more palatably appeal to subsequent generations of gullible recipients, designations such as Diversity Training or Cultural Competence and more recently as Cultural Intelligence (CQ), Cultural Awareness, Implicit Bias Trainingand Unconscious Bias Training. Regardless which banner or slogan the disingenuous apparatchiks exploit to advance their deceptive cause, the agenda is always the same: subversion, corrosion, and destruction of individuality and of society. To accomplish their semi-veiled agenda, they exploit legerdemain and trickery as they project upon their political, cultural, social, and theological domestic opponents their own mischief and faults to divert society’s attention from their own destructive activities and agenda which they impose with nimbleness upon their naïve, ingenuous, gullible dupes.

Twenty-seven years ago, in 1991-92, when I was a young college professor, Cultural Marxism began to target Christian universities and colleges for cultural transformation. Cultural Marxism marched onto campuses under the Newspeak banner, “Multiculturalism and Diversity.” The impetus for this was the Racial/Ethnic Diversity Initiative of the Coalition of Christian Colleges (CCC) now known as the Council of Christian Colleges and Universities (CCCU). The CCC executives called for every member institution of higher education to establish an office that would advance the cause of “Multiculturalism and Diversity” on campus. This initiative entailed Tom Skinner, a prominent preacher and member of the National Black Evangelical Association, who visited Christian college campuses as a “Minister of Reconciliation” to call upon boards, administrators, faculty, staff, and students to repent for their alleged implicit if not explicit racism. What was the evidence for their alleged implicit racism? The principal evidence to which Skinner appealed to support his allegations both he and the CCC borrowed from secular multiculturalists and race “experts.” It was the claim that “Coalition schools failed to mirror the ethnic diversity of the surrounding culture” (James A. Patterson, Shining Lights: A History of the Council for Christian Colleges and Universities [Grand Rapids: Baker, 2001], 93; see “Multiculturalism Goes to College”). He, of course, attempted to ground his argument in Scripture by using passages such as Exodus 20:5 with Jeremiah 32:18 or 2 Corinthians 5:13-21 with Ephesians 2:11-16 or  Revelation 5:9-10 with 7:9 (for rebuttals see “Let’s Get Biblical”).

Far from bringing reconciliation and harmony to campuses, Skinner stirred up animosity, strife, and hostility but especially toward anyone who would not acquiesce to his angry invectives and acknowledge their presumed inherent racialism if not racism. Yet, Skinner’s nimble appeal to Scripture to buttress his charges of racism invoked credulous college boards and administrators, under the burden of needing to show themselves receptive if not atone for the guilt heaped upon them, conceded to the demands of the Coalition of Christian Colleges. So, under the direction of the CCC and authorized by college boards and administrators, directors of campus offices for the advancement of Racial and Ethnic Diversity, without knowing the term Critical Race Theory or understanding how it subverts the gospel, they heedlessly embraced its agenda and baptized it with Christian lingo and propped it up with cherry-picked Scripture passages (see “Let’s Get Biblical”). Thus, they effectively ostracized and demonized anyone who would (1) critically assess the tactics of Critical Race Theory, (2) see through the worldly agenda, and (3) administer caution and thoughtful repudiation of the diabolical, destructive, and anti-gospel goal of “Multiculturalism and Diversity.”

Cultural Marxism’s seductive intrusion into Christian colleges and universities took place a generation ago where it came to hold sway and to suppress dissenting voices more than a decade ago. Thus, Christian universities and colleges have been graduating a generation of students who have been subjected to Christian baptized Cultural Marxism which dresses up as Social Justice. It is not surprising that many of them are Social Justice Warriors. What is surprising and disheartening is that many prominent evangelical leaders now lend the weight of their influential positions to the cause of Social Justice, and mockingly reject concerns that they are embracing and advancing the cause of Cultural Marxism.

To continue reading, finish at at Center for Cultural Leadership 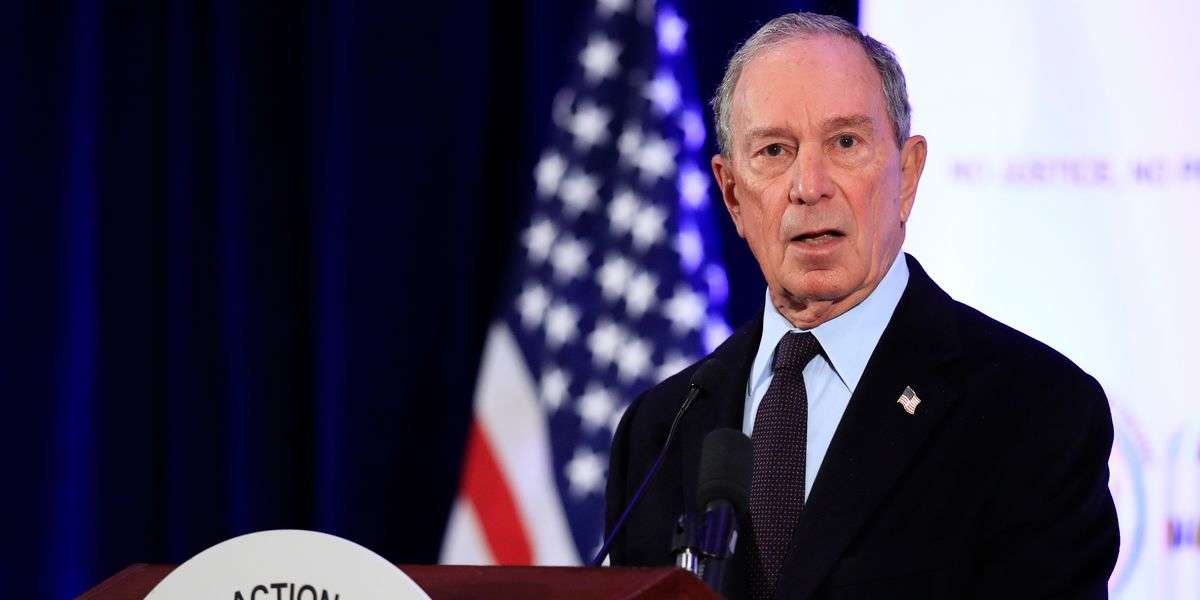 Video: Bloomberg Says Farmers Are Stupid, He Could Teach Anybody to Do it 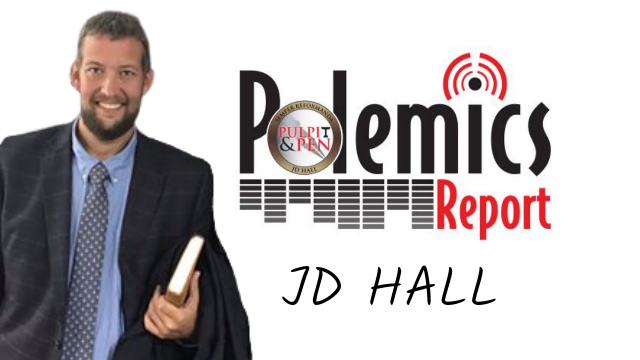