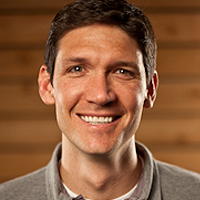 Over two years ago, I wrote a piece here at Pulpit & Pen entitled “Resetting the Evangelical Mindset on Nabeel Qureshi.” Qureshi was, at the time, a darling of the Christian apologetics community and an up-and-coming speaker with Ravi Zacharias International Ministries.  I expressed concern that the popular and well-respected apologist was participating in an event, Together 2016, with what I described as a “typical rogues gallery of cultural Christian speakers and artists.”  I also expressed concern over some apparent inconsistencies in Qureshi’s powerful testimony of converting from Islam to Christianity.  The response to my piece was, to say the least, harsh.  Gabe Hugues, James White and David Wood (Qureshi’s close friend), along with others in the Twitterverse, expressed very public disdain for what I wrote about Qureshi.  I had apparently picked on the wrong guy.

Nevertheless, my concerns about Qureshi, which were developed after a protracted period of observation, turned out to be valid.  Subsequent (and tragic) events revealed Nabeel Qureshi to be an incredible charismatic who put very public stock into the wild healing claims of New Apostolic Reformation church Bethel Redding and claimed that Jesus came to him in a dream and ordered him to give his daughter a sponge bath.  Even his friend apologist Rob Bowman (hardly an “unhinged” Pulpit & Pen polemicist) wrote a series of blogs about Qureshi’s actions entitled “Learning from a Failed Experiment”.   I mention all of this now to point out, in the least arrogant and self-aggrandizing way I can, that I was right.  It was unpopular and controversial to say what I said when I said it about a darling of the Evangelical Industrial Complex, but I was right.  Now, I make a claim that will no doubt be even more controversial and draw even more ire than my previous claim about Nabeel Qureshi.  It is time, in fact, it is past time to Reset the Evangelical Mindset on Matt Chandler.

The same organization, Pulse, which organized Together 2016 in Washington, DC, has now scheduled a new event at Texas Motor Speedway – Together 2018.  Recently, a list of that event’s featured speakers was released via email. 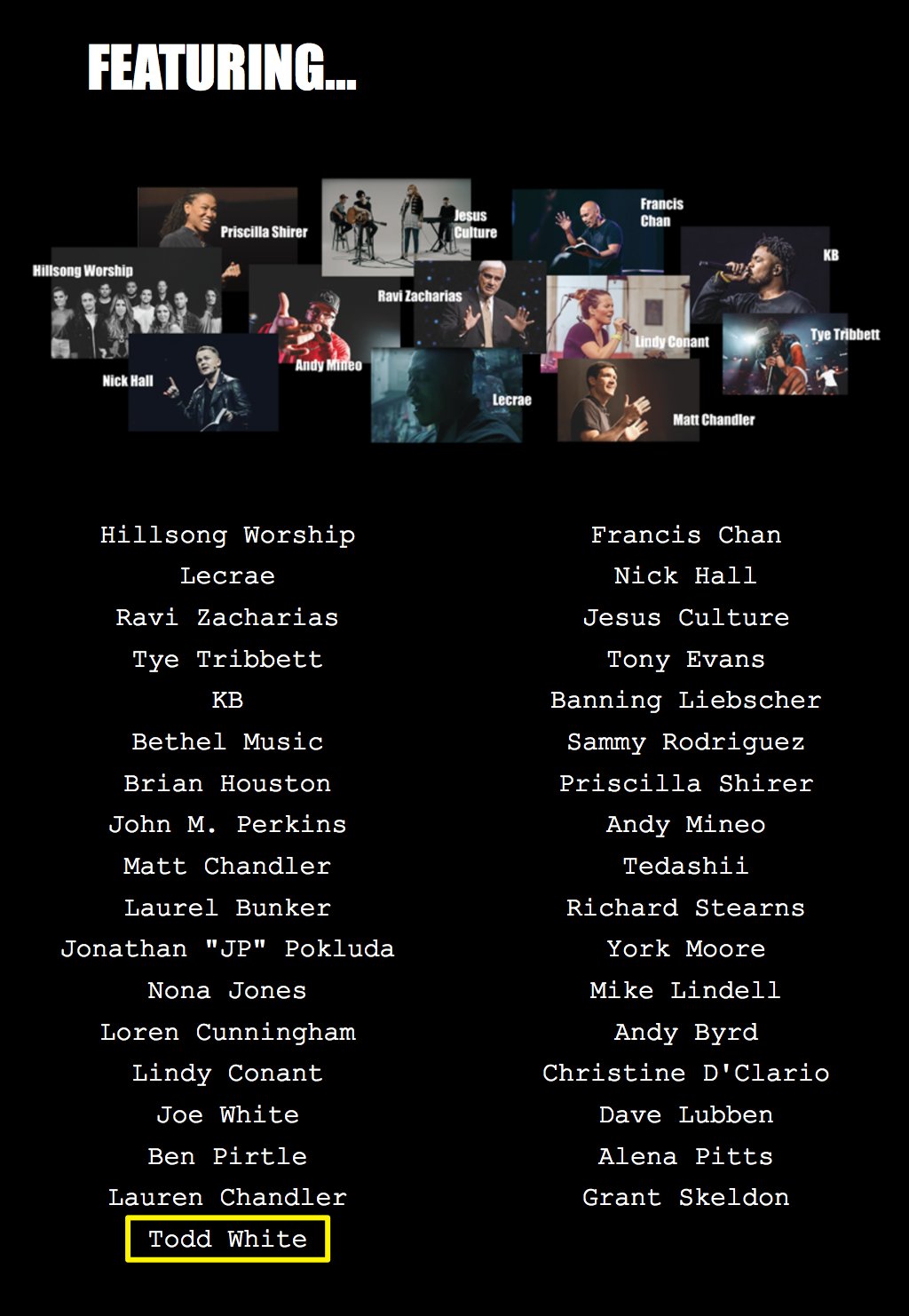 Included on this list was Matt Chandler and his wife Lauren.  Included along with the Chandlers were numerous charismatic performers such as Hillsong, Jesus Culture, Loren Cunningham (architect of the 7 Cultural Mountains dominion mandate), Brian Houston, and the parlor-trick performing arch heretic Todd White.

Yes, Matt Chandler ERLC leadership council member, President of the Acts 29 Church Planting Network, and pastor of the Village Church is preaching with a man who claims Kenneth Copeland as a “mentor and spiritual father” and pretends to lengthen peoples’ legs on the street.  Pulse claims to be “one of the largest student-led evangelist movements in history” has employed the worst of the worst to influence American’s young people.  Matt Chandler is helping them.

“Do not be bound together with unbelievers; for what partnership have righteousness and lawlessness, or what fellowship has light with darkness? Or what harmony has Christ with Belial, or what has a believer in common with an unbeliever?”  –2 Corinthians 6:14-15

If the reader is under the misimpression that this incident is an initial, innocent misstep on Chandler’s part, allow me to disabuse him of that notion.  Chander is, first and foremost, a multi-site megachurch pastor, a franchiser of himself and his own personal preaching brand.  His career is closely associated with that of disgraced multi-site mega-pastor Mark Driscoll, with whom he founded the Acts 29 Church Planting Network.   Like Driscoll before him, Chandler is beginning to monetize his wife as a Christian speaker and author.  Chandler is on the leadership council of the ERLC, the progressive political arm the deteriorating Southern Baptist Convention, and has joined with it in promoting a social justice agenda.   At recent ERLC conference, Chandler stated that he would hire a less qualified man as a pastor for one of his megachurch campuses over more qualified white man – ecclesiastical affirmative action.

Chandler has strongly endorsed Anne Voskamp, the author who eroticizes God.  Most recently, he has given credence to a strange notion of modern day prophecy.  Quite frankly, Matt Chandler is beginning to make Nabeel Qureshi look like a buttoned-down cessationist.  Unfortunately, Matt Chandler has had and continues to have more influence on young Christians than Nabeel Qureshi ever did.  For too long Matt Chandler has been held up as an example of a sound preacher, a breath of fresh air in a sea of semi-pelagian decisionism.  The truth is, he is just one more troubling preacher from the state that brings us Joel Osteen, Beth Moore, Robert Morris, and Kenneth Copeland. 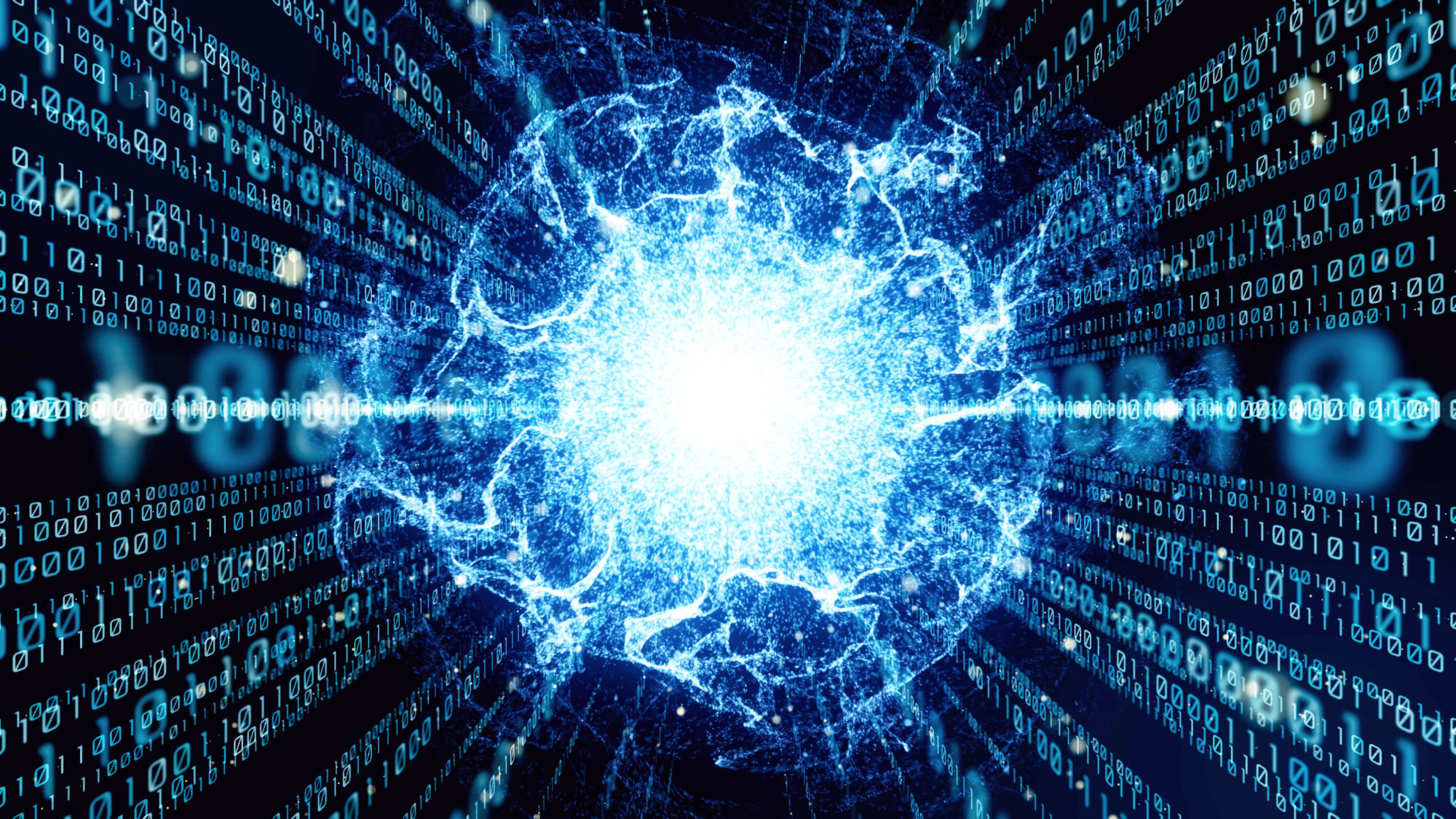