In this year marking the 500th anniversary of the Protestant Reformation, articles about Martin Luther (1482-1546), have been popping up like mushrooms, including rather critical ones, blaming him even for things like transgenderism. Luther was certainly a flawed human being and tended to get a bit crusty at times. At any rate, Luther freely confessed that he was “an unworthy, condemned, and contemptible creature” yet also a partaker of “all the riches of justification and salvation in Christ.”

Nevertheless, focusing on Luther’s behavior really misses the point of the Reformation. It is not even accurate to credit Luther as the sole instigator of the Reformation, though he was its most prominent champion. The Reformation preceded Luther and sprang up independently of him in other regions, such as the Alps, where in the 1100s the Waldensians preached the same message, were persecuted as a result, and later joined the Reformation. During his heresy trial Luther was accused of being a follower of John Hus (1369-1415), a Czech reformer who had appeared much earlier and had been executed for his teachings. Luther investigated this unfamiliar man named Hus and afterwards confessed his own beliefs to be the same. Before Luther’s appearance England produced its own heroes, such as John Wycliffe (1330-1384), who upset the Church prelates so much that they exhumed his dead body and burned it.

Luther’s own struggle began as a protest about the selling of indulgences for the forgiveness of sins but eventually turned into a fundamental rejection of the whole Roman Catholic (henceforth “RC”) understanding of Christianity. The Reformation was really a rediscovery of authentic Christianity beneath the huge edifice of church tradition and religious ceremonialism that had accumulated over it, which had largely eclipsed the simple good news of salvation in Christ. In its place the Church had substituted bondage to an institution that claimed the exclusive right to confer spiritual benefits on its members.

Looking afresh at the Bible, the Reformers discovered that a host of RC practices and beliefs had no support in the New Testament, such as purgatory, the adoration of Mary, and a celibate priesthood distinct from ordinary believers. More importantly, they found the whole system to be an elaborate denial of the essence of real Christianity – salvation by grace through faith in Christ alone. They encapsulated their stand in the “Five Solas (in Latin)” – “Sola Scriptura” (“Scripture alone”), “Sola Fide (“faith alone”), Sola Gratia (“grace alone”), Solus Christus (“Christ alone”), and Soli Deo Gloria (“to the glory of God alone”).

In “Scripture alone,” they asserted the sufficiency of the Bible and rejected the authority of the Church hierarchy, along with its appeal to tradition. In “faith alone” and “grace alone,” they declared the Gospel as they understood it from Scripture: Christ’s atoning death and resurrection provide the believer with forgiveness of sins and eternal blessedness completely, directly, and freely, without any necessity of his going through ritual channels or of meriting God’s favor by his good deeds. “Christ alone” meant that other mediators of saving grace were unneeded and excluded, such as Mary and departed saints. “To the glory of God alone” negated self-righteous boasting and virtue signaling, since God gets all the credit for salvation.

Liberated from all conditions for acceptance other than faith, the believer can have an assurance of his eternal salvation in the here and now, since “there is now no condemnation for those who are in Christ Jesus” (Romans 8:1). As Luther puts it in his treatise Concerning Christian Liberty, “A Christian man is the most free lord of all, and subject to none . . . To preach Christ is to feed the soul, to justify it, to set it free.”

In contrast, the bondage of those in the RC system was real and deep. The Church offered absolution for sins at the price of various requirements, such as the repetition of a certain number of “Hail Marys” at a priest’s direction as a penance. The RC Church had developed a byzantine system of religious observances to replace simple confidence in Christ’s atoning work. As Calvin describes the unhappy predicament of those in that Church in his Institutes, “the conscience can have no rest, no peace with God, no confidence or assurance, but it continually trembles, is troubled, moved, tormented . . . If the remission of sins depends on those conditions to which they [the RC Church leaders] tie it, no one can be more wretched or despairing than we are.”

Calvin goes on to observe that those in that Church “see the salvation of their souls made merchandise; the purchase of paradise is taxed at a certain percentage; nothing is given freely.” The RC Church had become an ecclesiastical nanny state, taxing its subjects and doling out spiritual welfare to them. Those at the top lived in luxury and corruption. Regrettably, that description also fits numerous other religious entities these days, including many called “evangelical.”

In our own time political correctness has made the oppression of consciences very conspicuous. Today many find themselves subjected to arbitrary rules and standards of behavior. For instance, they are pressured into feeling guilt and shame if they do not heartily endorse practices like same-sex marriage. Others try to atone for their supposed corporate racial guilt by demolishing statues and performing other symbolic acts. Insisting that others adopt his views on immigration as an article of faith, the current pope embodies both the older ecclesiastical bondage and the newer leftist one.

The Reformation message still comes as welcome good news about release from man-made stipulations and complete absolution from real guilt for transgressing divine commandments. When they are freed from a nagging sense of alienation from God, people are not so easily manipulated by guilt trips and requirements that others want to impose. Thanks to the Reformation’s rediscovery of the liberating message of salvation in Christ, believers can join the Apostle Paul in his challenge: “Who will bring a charge against God’s elect? It is God who justifies” (Romans 8:33).

– Contributed by Bruce Davidson, a professor at  Hokusei Gakuen University in Sapporo, Japan, where he has been teaching since 1995. 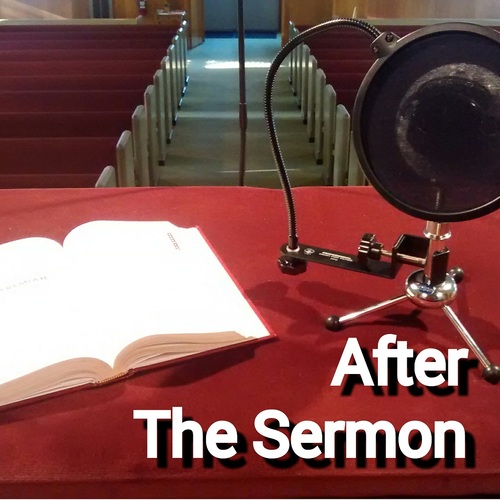 Podcast: JD Discusses KSP on After the Sermon

Billy Graham and Your Local Church: A Thought Experiment

The tale of two shepherds