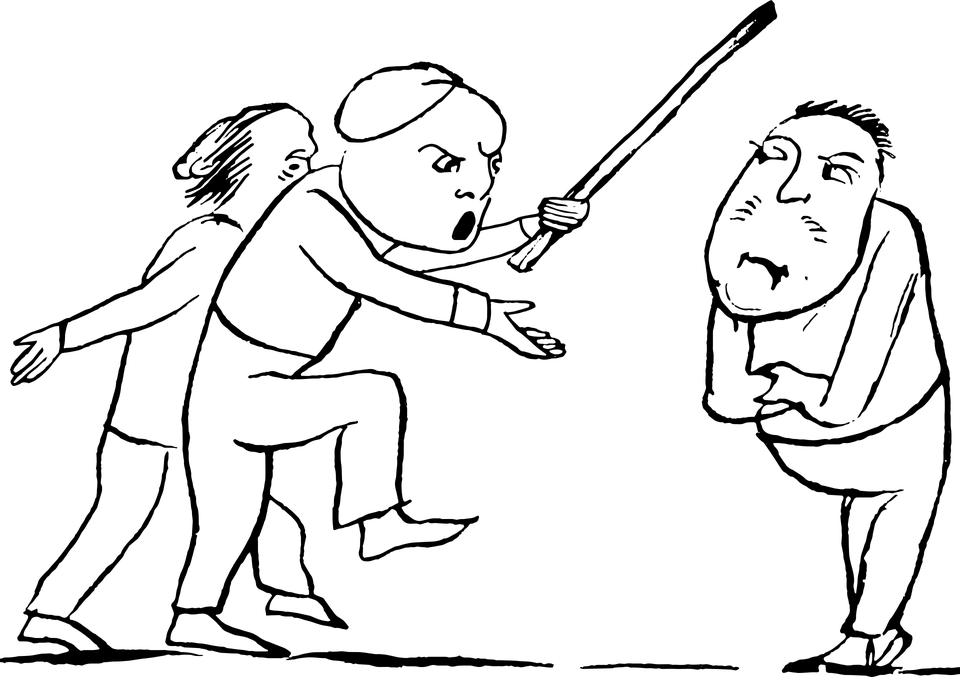 “Now the Spirit expressly says that in later times some will depart from the faith by devoting themselves to deceitful spirits and teachings of demons, through the insincerity of liars whose consciences are seared, who forbid marriage and require abstinence from foods that God created to be received with thanksgiving by those who believe and know the truth” (1 Timothy 4:1-3).

For God’s sake, what in the world is going on with Evangelical Christianity? Is Evangelicalism abandoning the moorings of biblical faith for the sweet taste of self-preservation? Philosophers are using the church in an attempt to recapture ignorant masses so that they might bring about a new cultural movement that will reshape American society! It is hard to believe that such a massive agenda could be underway.   Yet, before you dismiss the notion as an impossibility, consider several events that necessitate the need for an open discussion on the matter. Here are a few to consider:

The first of these uniquely came from the man who lead the resurgence of the conservatives at Southern Baptist Seminary, Al Mohler. The president of the esteemed institution has recently conducted an interview with Rod Dreher, inviting him to critique modern Christianity through the lens of Dreher’s recently published book The Benedict Option. To many, this is nothing more than a benign interview, yet the background shows how malignant this endeavor truly was. For starters, Dreher is an adherent to the Eastern Orthodox religion. In other words, Dreher is not a biblical Christian. The Eastern Orthodox religion bases much of its understanding of Scripture upon the early Church councils and the writings of the early Church fathers, while it rejects major tenets of the Christian faith that are fully supported by Scripture. Original sin, justification by faith alone, and penal substitutionary atonement are just a few of the major Christian doctrines Eastern Orthodoxy rejects. Thus the Eastern Orthodox religion has departed from true biblical Christianity, relying upon traditions over the very word of God.

In the interview, Mohler consistently allowed Dreher to destructively critique Reformed Evangelicalism without saying one word to refute heretical statements (i.e. opinion which goes against what is generally accepted by Reformed Evangelicals)1. In Dreher’s attempt to capture unsuspecting Reformed Evangelicals in the listening audience, he cited extra-biblical sources in both the interview and his book The Benedict Option to make his point rather than quoting the Bible as his sole authority. Remarkably, Mohler follows suit by stating that the Reformers stood on Saint Augustine’s shoulders in order to land theologically at the main tenets of the Reformation. While Augustine provided a historical marker to which the Reformers could point in their attempt to bring Catholic Christianity back from the precipice of destruction; the Bible alone provided the entire foundation for the Reformation regardless of one man. St. Augustine was merely the common thread both the Roman Catholic Church and the Protestant Reformation shared. Yet do not be deceived, Augustine’s work was condemned by Protestants also in areas such as doctrines regarding sex, sin, and damnation2.

Another interesting fact about Dreher’s book: in chapter two The Roots of the Crisis, Dreher sought to explain how five key movements in history have brought western society into a seemingly hopeless immoral state. Dreher unashamedly claims that the 16th century Reformation was one such event that destroyed Christian unity3.  However, support for Dreher’s argument is completely lacking any original source material from Luther, Calvin, Owen, Knox, or Edwards. In chapter two’s bibliography at the back of Dreher’s book, a grand total of twelve sources—all from modern authors, oldest being a ripe 25 years old published in 1992—were employed in this ‘scholarly’ work. Moreover, half of these resources are philosophical in subject matter. Whether Dr. Mohler agrees with Dreher’s analysis or not, he appears to give tacit approval to it. Subsequently, we are left with the strong impression that the Roman Catholic Church, Eastern Orthodoxy, and Reformed Evangelicals are all one big happy family. Mohler praised Dreher’s work while requiring very little from the author. For example, Mohler stated in the interview,

“I want to get to the Benedict Option, the title of your book and really the thematic proposal that you bring, but first I want to go back a bit because I think part of the brilliance of your book is the beginning of it with the analysis that sets the stage, and that’s the way any good book should be written, any good thesis should be introduced”4.

Going from bad to worse, Dreher openly acknowledged on Mohler’s program that his book was founded upon Alasdair MacIntyre, a Marxist philosopher and Post Liberal Theologian. MacIntyre wrote his most notable work After Virtue during the Reagan years when the U.S. was involved in the Cold War. Providence had it that the U.S. soundly defeated the Soviet Union as was indicated by the fall of the Berlin Wall. While the U.S. won the war abroad, it was also fighting a battle at home in the minds of some of its brightest students at Notre Dame under the tutelage of  MacIntyre5. It is also interesting to note that Mohler likewise acknowledged, “I was assigned Alasdair MacIntyre’sAfter Virtue when I was a graduate student, and I think it’s probably one of the two or three books to which I return most often.” MacIntyre’s book embraced the samephilosophy that the Apostle Paul warned the church against.  Paul wrote in the book of Colossians,

The love Mohler has for MacIntyre’s work is the kind of error in judgment that cannot be allowed to go unchecked. If no one speaks up, the end result will be an ungodly unity consisting of apostate Christianity and Evangelicalism.

Moreover, Mohler is not alone in his support of Rod Dreher. Men from the Reformed Protestant stream are joining Mohler on the bandwagon and heralding the work of Dreher as a monumental literary source for Christians to embrace. These men include Carl R. Trueman (Professor of Church History at Westminster), Matt Chandler (President of Acts 29), Russel Moore (President of ERLC)6.

The second major shocking example of this ecumenical trend came to light recently when The Bible Answer Man, Hank Hanegraaff, was chrismated into the Eastern Orthodox religion on April 9th, 2017.  In Hanegraaff’s own words, published on an Eastern Orthodox website, the former Reformed Protestant said,

“I  am now a member of an Orthodox Church, but nothing has changed in my faith. I have been attending an Orthodox church for a long time—for over two years, really, as a result of what happened when I went to China, many years ago. I saw Chinese Christians who were deeply in love with the Lord, and I learned that while they may not have had as much intellectual acumen or knowledge as I did, they had life. And so I learned that while truth matters, life matters more, and I remember flying back from China after spending time with just common people who had a deep, intense love for the Lord, and wondering, “Was I even a Christian?”

I was comparing my ability to communicate truth with their deep and abiding love for the Lord Jesus Christ… One man, by the way, said to me, truth matters but life matters more. In other words, it is not just knowing about Jesus Christ, it is experiencing the Resurrected Christ”7.

A social agenda is under way within the Reformed Evangelical Church.  An unholy alliance is being forged between Evangelicals, Roman Catholics, Eastern Orthodoxy and humanistic philosophy.  What is the goal of such an alliance?  Is the movement an unharnessed ride of ecumenism or is it purposeful?  If it is purposeful, who is attempting to mislead the masses? If it is an unharnessed movement, how is the Christian supposed to understand what is happening so as not to be carried away by the mob? This author will address these questions and more in the posts that follow. If no one speaks up to clarify the issues for believers and stands against the movement at large, the Reformed stream of Christianity will be lost and the truth will perish with it.

To engage Michael Butler, the author of this post, email him at mbutler@fbccarson.com 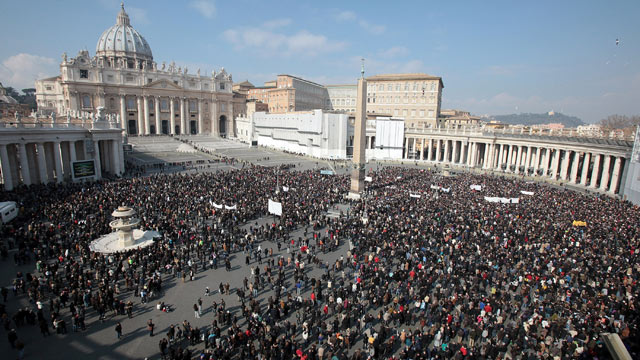 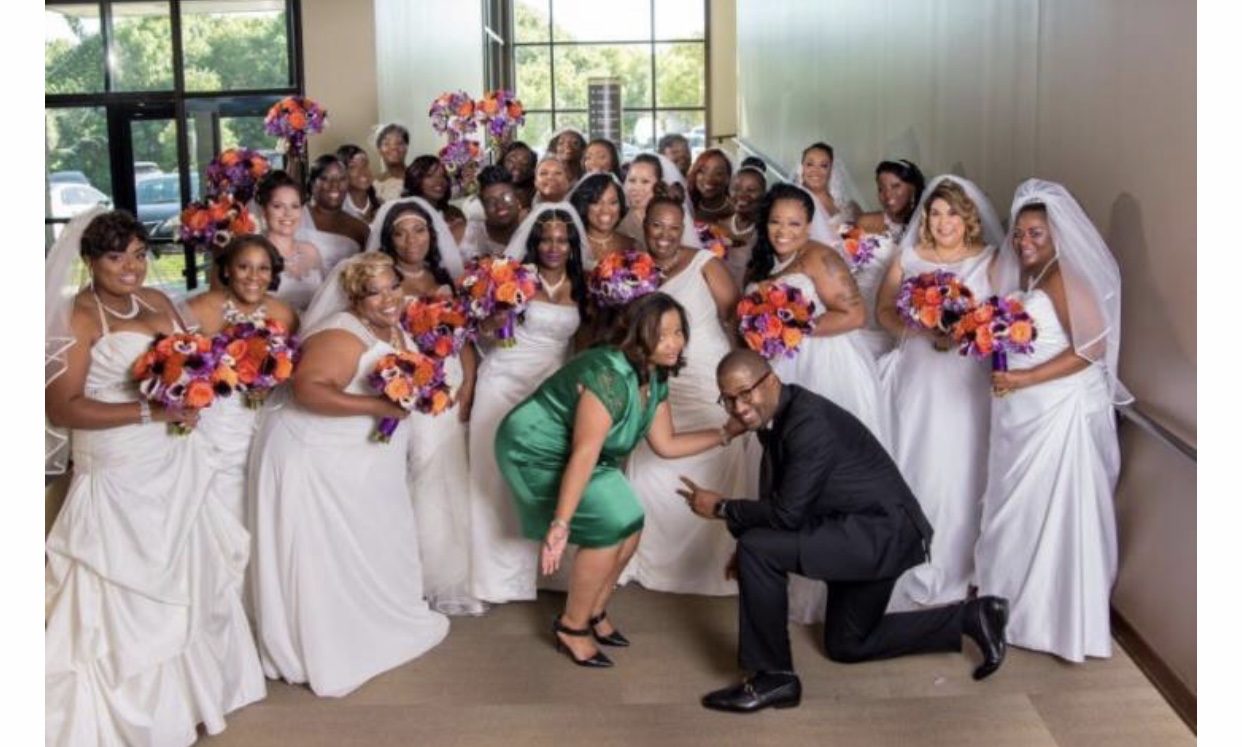