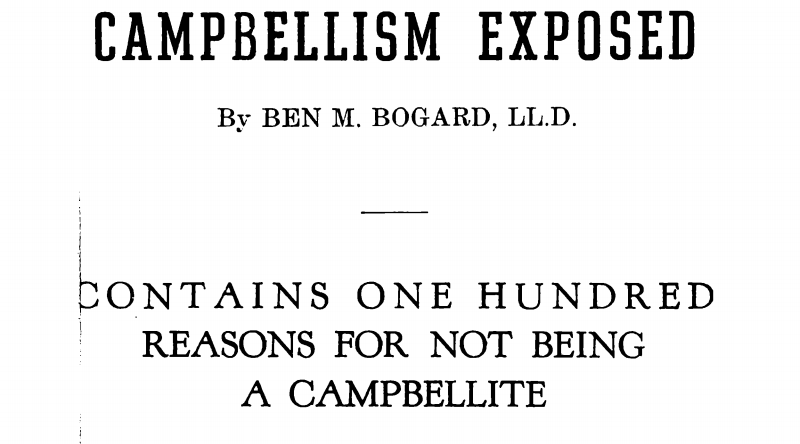 While Duck Dynasty has Bible Belt Americans waving their flags and celebrating a beard-centric, old-fashioned religiosity, the Robertson family has had more discerning Christians bristle at the notion of the Campbellite family spreading their doctrine of Baptismal Justification among evangelical audiences. The speaker at the upcoming Texas Youth Evangelism Conference from the Robertson clan is young lady (who seems like a wonderful young woman), Sadie Robertson. Ms. Robertson is daughter of Willie, who like his father before him (Robertson patriarch, Phil) has been known to preach about Jesus in between selling his brand of outdoor sporting goods. Ms. Robertson also has maintained what we might call a ‘good witness’ in and among the celebritization of her family.
Good on her. But Christianity is more than about morality, and as Leighton Flowers should know, soteriology is about more than predestination.
Southern Baptists have traditionally viewed Campbellites as grossly heterodoxical. In fact, the Southern Baptist Sunday School Board felt it necessary to print the polemical booklet (pictured above) entitled, “Campbellism Exposed” (click for pdf).
The Campbellite Movement started during the larger Restorationist Movement, from which came Mormonism, Seventh Day Adventism, and the Landmark Baptist tradition. Essentially the gist of the movement was a widespread belief that the holy and apostolic church had been lost, and must be restored. Alexander Campbell was seen as the restorer of the Christian Church, and the Churches of Christ (not to be confused with the United Church of Christ) as the very one and only Church of Jesus on Earth.
Beliefs of the Campbellites is that one must be a member of a Churches of Christ church in order to be saved…

“Ours is the church you read about in the Bible particularly in Acts 2. Ours is the only true, visible church on earth. Our church began in A.D. 33. A person must be a member of our church if he hopes to go to heaven.” (Leroy Bronlow, Why I Am a Member of the Church of Christ (Fort Worth: Brownlow Publishing, 1945), 10-20.

Therefore, baptism in the Campbellite church is seen as paramount to salvation (link) and salvation itself is not only necessary for salvation (link), baptism is itself what saves (even the North American Mission Board (NAMB) points this out in the following quotation from their website…)

Churches of Christ teach that baptism by immersion for believers is essential for the remission of sins and is necessary for salvation. They use passages such as Mark 16:16 and Acts 2:38 to substantiate this teaching. Baptism has a threefold purpose: (1) it is necessary for salvation; (2) it places the believer in Christ; and (3) it places the believer in the church.

NAMB even warns us that the Campbellites refuse “theories of the atonement” (like the types and kinds necessary to adequately understanding soteriology, like penal substitionary atonement) and have even greater theological problems…

[Campbellites] avoid theories of the atonement claiming they are speculative. Those in the Churches of Christ reject Calvinistic theology. They downplay the effects of original sin. The role of the Holy Spirit in conversion is regarded as either non-essential or minimal. They view faith as a rational decision where the individual accepts the biblical facts about Jesus. The Churches of Christ also teach that Christians can lose salvation by apostatizing. Many understand faith as an intellectual acceptance of the biblical facts about Jesus. They believe that Christians may sin in such a way that they lose their salvation.

So then, why is a Campbellite speaking at an evangelism conference? Whose evangelism will be proclaimed among Texas Baptists? Will it be that of Southern Baptists or the Campbellites?
Southern Baptists have grown much more fond of Campbellites as their celebrity has grown, particularly of Ms. Robertson’s family. Paige Patterson, once a stalwart defender of Biblical inerrancy and now a chief practitioner of doctrinal Downgrade, recently had Ms. Robertson’s uncle preach his doctrines at SWBTS chapel. Lifeway sells their books.
Having Ms. Robertson preach to the crowd of young adults will no doubt be excused as mere “speaking” or “teaching,” and therefore not a violation of Southern Baptist complementarianism, but one still must wonder what Gospel she will be preaching, if it will be the same one that her grandfather, Phil Robertson, preaches here that makes baptism the equivalent of salvation. What exactly are Ms. Robertson’s theological credentials other than fame? If Texas Baptists want to reach young adults, what do they want to reach them with?
While Flowers continues to call himself a Southern Baptist “traditionalist,” the fact is that traditional and historic Southern Baptists would be rolling over in their grave if they weren’t already in that Great Cloud of Witnesses.
The further irony is that for Leighton Flowers and the Texas Baptist Convention, it seems that evangelism conferences are where soteriology doesn’t matter. 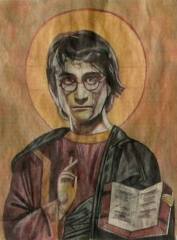 Is a Harry Potter Bible Study an Example of Downgrade? Philip B. Haney’s Death is Not a Suicide