This Friday, revelers from across the western world will gather with their Irish friends, clad in green, to celebrate the “Patron Saint” of Ireland. Wherever the Irish diaspora can be found, you’ll be able to smell the wafting odor of corned beef, Guinness beer and hear the sound of raucous laughter or perhaps an Irish drinking song. “Kiss me, I’m Irish” will be said more times than ladies will have interest, and shamrocks will hang from tavern ceilings. In spite of the popularity of this holiday, few grasp the significance of its namesake.

A high-ranking Irish politician in the Democratic Unionist Party (DUP) called Patrick a Protestant back in January, and it was scandalous enough a claim to make the national papers. Granted, Patrick lived a millennium before the Reformation – and thus the chortles and snickers from the Roman Catholic Irish majority – but the ‘social development minister’ was only trying to make the point that their Patron Saint wasn’t beholden to the Pope or the Pope’s religion. A similar comment by another notable DUP politician in Ireland came the same month, and it was equally as scandalous. Of course, the Presbyterian Church in Ireland has made the claim for years, and perhaps none as articulate as one of our most favorite fiery Protestants, Ian Paisley.

Paisley, who founded the Democratic Unionist Party of which the aforementioned politicians are aligned, might best be known for his epic protest of the Pope in British Parliament. Paisley also served as founder and president of the Free Presbyterian Church for 57 years. And according to Paisley, Patrick was a proto-Protestant (the St. Patrick’s Day Polemics Report will air the audio of Paisley explaining that himself).

In fact, Paisley was so comfortable with Patrick’s non-Catholic credentials that one of his last acts in the House of Commons was to propose St. Patrick’s Day become a holiday in Northern Ireland, saying “Maybe they’ll celebrate my passing by saying to St Patrick ‘you can have a day to yourself’.”

For now, let it suffice for history to explain itself.

First, Patrick wasn’t Irish. Patrick was born in Dumbarton, Scotland, where he was raised to the age of 16. Secondly, Patrick wasn’t Catholic. Patrick’s father was a deacon and his grandfather a pastor in the very early Christian Church of Britain, which had no affiliation whatsoever to the Bishop of Rome.

When Patrick was 16 years old he was captured by human traffickers (pirates, essentially) and sold into slavery in Ireland, which had yet to be Christianized. He spent six years as a shepherd, during which time he came to a personal faith in Christ after reflecting upon his religious upbringing in the midst of the Irish Druid-paganism, and then escaped back to Scotland in about 411.

It was back in Scotland where he was trained for ministry, and then in his mid 40s, considered his slavery in Ireland to have been an act of Providence, and decided to return to the pagan nation as a missionary.

Patrick was intimately familiar with the complicated clan system of Ireland, and used that knowledge for the betterment of the Gospel. Among his first converts was his former slaveholder, a clan chief. He then won the clan itself to Christ. And then, clan after clan fell to the Cross.

Patrick was commissioned by his church in Britain, and not in Rome. In fact, as Dr. J. Lewis Smith points out in his 1924 book, “Patrick of Ireland: Not a Romanist,” there is not a shred of evidence out of 140 letters from Pope Leo the Great that he nor any other Pope was even aware of Patrick or the Gospel work being done for Christendom in Ireland. Likewise, there is no Irish history source that even comes close to alleging any link between Patrick and the Papacy (link).

Put plainly, any attempt to Catholicize Patrick by the church of Rome is pure fiction, made up by the Harlot Beast herself.

Our hero, Patrick, took at once to evangelizing Ireland with a pure and undefiled Gospel. And he did so, as heroes often do, with a dash of pizzaz. As history tells it (as told in the Encyclopedia Britannica), on the night before Easter (which was not yet a holiday in Ireland, obviously), it happened to be the pagan festival of “Tara” in which by royal decree, no fire could be lit until the King lit the “Royal Fire” to kick off the Druid celebration. Patrick, indignant and full of the Spirit’s power and grace, went to a nearby hill within view of the King’s castle and lit a gigantic bonfire. The Druid priests were incensed and the King himself was inquisitive as to what kind of man would have the boldness to light the unauthorized fire, and to do so in a way that all the countryside could see. The priests promised that they would destroy Patrick by sorcery if he came to the King to explain himself, which he did on Easter morning.

Patrick came to the King with his cohort of converts, singing a hymn and carrying crosses. The King was converted that Easter day, and at the end of Patrick’s 37 year ministry in Ireland, Druidism was completely eradicated and all the nation had been “Christianized.”

Patrick’s theology was stellar, and his confession began with the words, “I, Patrick, a Sinner…” Of him, the always astute Dr. Harry Ironside said, “Whatever others may have thought of him or may think of him today, Patrick knew himself as a sinner and found salvation where only sinners find it, in the finished work of the Lord Jesus Christ.” Such was the preaching of Patrick.

And if preaching the proto-Protestantism of Patrick doesn’t make Catholics angry enough, we should go one step forward and call Patrick a Baptist. As pointed out in Patrick of Ireland (p17-18), Patrick is cited as saying, “Go, ye, teach. Meet is the order of teaching, before baptism. For it cannot be that the body, receive the sacrament of baptism, before the soul receives the verity of faith.” Faith must precede baptism, Patrick taught.

And while we know that Patrick baptized believers only, there’s also reason to believe that he baptized by immersion. Dr. William Cathcart, in his Baptist Encyclopedia, says: “There are strong reasons for believing Patrick was a Baptist missionary and it is certain that his Baptism was immersion,” and says so from resources indicating that Patrick baptized only where there were great quantities of water, including wells, springs and fountains.

Protestants, feel free to celebrate Saint Patrick’s Day, so long as we recognize that Patrick is just one of many Saints in that great cloud of witnesses (Hebrews 12:1), comprised of all blood-bought believers in the Lord, Jesus Christ.

Just go easy on the Guinness.

[Editor’s Note: I am heavily indebted for these resources to the Reformed Reader, and it is – as always – a wonderful resource] 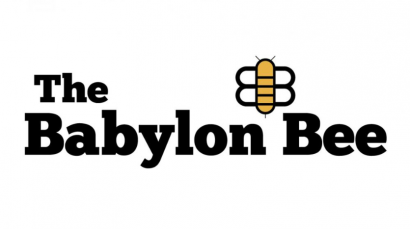 Podcast: The 'Bazooka' of Bluntness vs Nuance and Unclarity

Why do Christians need a celebrity?